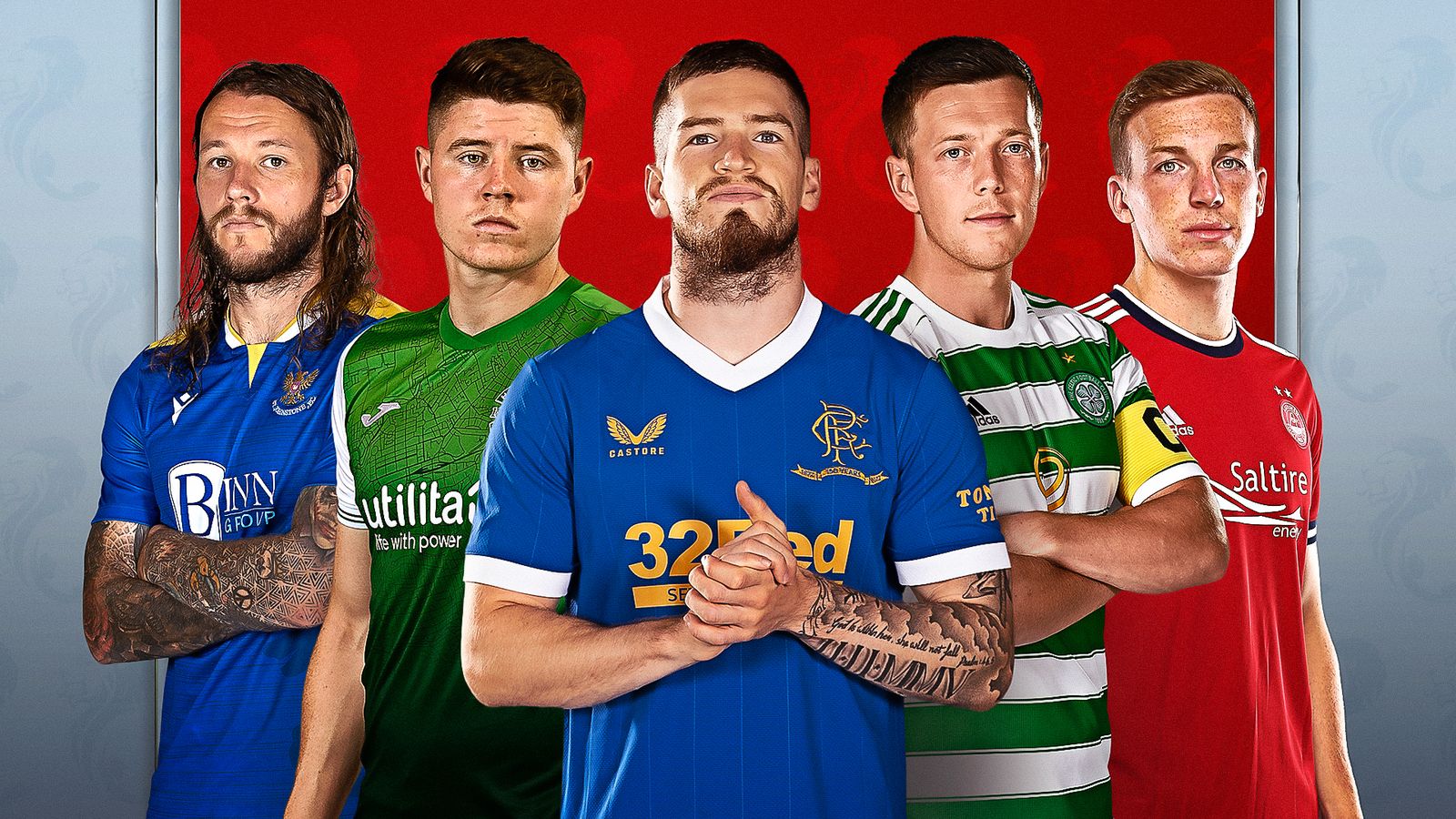 Team news and stats as the Scottish Premiership returns to action, with Dundee vs Hibernian live on Sky Sports on Sunday.

Ryan Christie will return for Celtic when they host St Mirren in the cinch Premiership.

Mikey Johnston (hamstring) is set to return after the international break, while Karamoko Dembele (ankle) is a longer-term absentee.

Christopher Jullien is still working his way back from a serious knee injury.

Buddies boss Jim Goodwin will be absent after testing positive for Covid-19.

Livingston manager David Martindale has a couple of players back in training but Saturday’s visit of Motherwell might come too soon.

Tom Parkes is back running, Ben Williamson has returned from Covid-19 and both Cristian Montano and Adam Lewis are getting closer to comebacks.

Jackson Longridge has run off the knock that forced him off against St Mirren as Keaghan Jacobs made his return from a 17-month absence.

Jack McMillan and Jaze Kabia (both knee) remain out and player/assistant manager Marvin Bartley serves another two-match ban after falling foul of SFA rules by taking his place in the dugout for the original suspension.

Motherwell boss Graham Alexander declared he would have a similar squad for the trip to West Lothian.

Stephen O’Donnell missed last week’s defeat by Dundee through illness and Kevin van Veen sat out the game with a back problem.

Defender Jordan Marshall is suspended for Dundee’s cinch Premiership game against Hibernian at Dens Park on Sunday after being sent off in the last league game at Celtic Park.

Midfielder Max Anderson returns from a ban while striker Cillian Sheridan will have a late fitness test following a groin injury.

Defender Cammy Kerr is likely to return next week from a knee injury.

Hibs could have James Scott in their squad with the former Motherwell forward tipped to complete a loan move from Hull.

Defender Paul Hanlon could return after a bout of concussion.

How to follow: Watch Dundee vs Hibernian live on Sky Sports Football from 11am; kick-off 12pm. Free match highlights will be published on the Sky Sports website, app and YouTube channel later that evening.

Andy Halliday hopes to be fit for Hearts‘ cinch Premiership clash with Aberdeen.

The midfielder was forced off with a knock halfway through his side’s defeat at Celtic Park.

Robbie Neilson will also assess fitness issues for Gary Mackay-Steven and Josh Ginnelly while Armand Gnanduillet could return after missing the Celtic game for personal reasons.

Aberdeen will be without Andy Considine and Ryan Hedges.

Considine was carried off with a knee injury during the European defeat by Qarabag and Hedges remains out with a hamstring problem.

Both players will be properly assessed next week.

Ross County new boy Joseph Hungbo is available for the visit of Rangers in the cinch Premiership on Sunday.

The 21-year-old winger joined on a season-long loan from Watford to become County’s 10th summer signing.

Jake Vokins remains out with a broken foot as Malky Mackay’s side look for their first league win of the season.

Glen Kamara and Kemar Roofe return to the Rangers squad for the trip to Dingwall.

Both were suspended for the Europa League play-off first-leg win over Alashkert at Ibrox on Thursday night.

Fashion Sakala remains sidelined with a groin niggle while long-term absentees Ryan Jack and Nnamdi Ofoborh are still out.

St Johnstone manager Callum Davidson will assess players who are carrying knocks and niggles ahead of the cinch Premiership clash with Dundee United.

Some players could be taken out of the team as a precaution with Thursday’s second leg against LASK to follow.

David Wotherspoon is due to get out of self-isolation but Sunday’s game may come too soon for him to start.

Wales and Manchester United midfielder Dylan Levitt could feature for Dundee United after moving to Tannadice on loan.

Louis Appere is pushing for a comeback for United.

The top-flight will once again take a winter break from Monday January 3 until Wednesday January 26.

After 33 games, the league splits into two sections of six teams, with each team playing each other in that section.

Call of Duty: Vanguard’s Zombies mode is kicking off a new occult storyline