Scientists say $2 trillion investment can decarbonize energy by 2050, paid for with a carbon tax 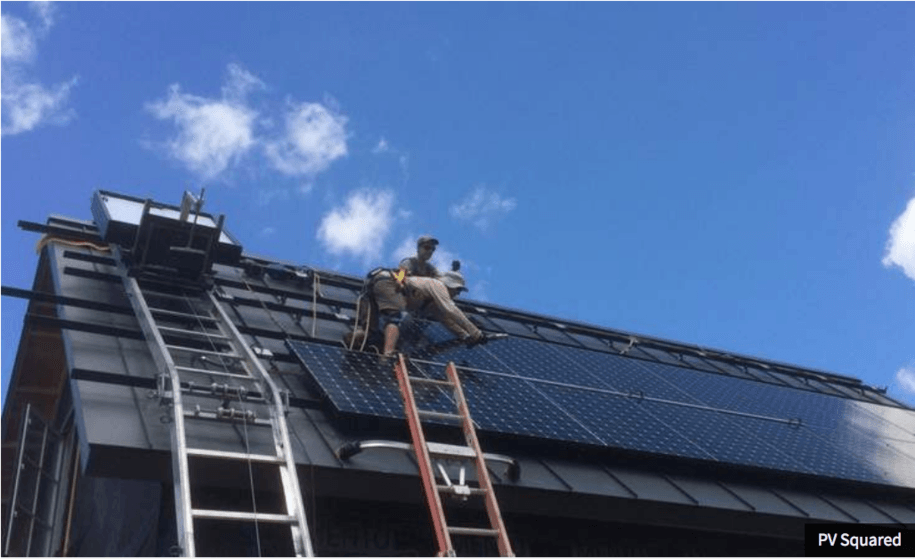 Now, the National Academies of Sciences, Engineering, and Medicine has released the pre-publication draft of a 209-page study—Accelerating Decarbonization of the U.S. Energy System—which concludes that a net-zero economy is not only achievable by 2050, but would “also build a more competitive economy, increase high-quality jobs, and help address social injustice in the energy system.” The authors sped up the publication of their acceleration study specifically with the idea of influencing the direction of the new administration’s climate action, but without consulting the Biden-Harris team.

Stephen Pacala, the Frederick D. Petrie Professor of Ecology and Evolutionary Biology at Princeton University and chair of the committee that wrote the report, said in press statement, “Because of dramatic decreases in the costs of renewable electricity and batteries, the U.S. can now—during the 2020s—make strides toward achieving a net-zero emitting energy system at a cost lower than investing in reduced air pollution alone. Because the energy system impacts so many aspects of society, a transition to net-zero will have profound implications well beyond climate and energy—and it is paramount that we maintain a strong social contract to ensure this transition benefits all communities.”

That perspective is one climate hawks have expressed for at least two decades even as the technology to make it happen has improved and gotten cheaper, some of it gradually, some of it by leaps and bounds.

Over the next 10 years, the authors state, $2 trillion in federal money should be invested in the green transformation that is already underway. And the funding for it? A $40 ton carbon tax increased by 5% annually possibly with dividends going to the more vulnerable population, especially those already harmed by environmental damage from the extraction, processing, and burning of fossil fuels. The tax, they say, would “would unlock innovation in every corner of the economy and send appropriate signals to encourage a cost effective route to net zero.”

This, of course, is likely to be showstopper. While certain elements of a green transformation—say a point-of-sale tax credit for electric vehicles—can probably count on bipartisan backing in Congress the way previous credits have done, opposition to a carbon tax includes Americans on the right, left and center.

All the arguments for and against a carbon tax aside, there is no need for the government to raise taxes to pay for this investment any more than it needs to do so to cover the outlay for the American Rescue Act that will provide relief from the impacts of the Pandemic Recession. See Stephanie Kelton for a relevant analysis on the matter.

There is also the problem of timing. Biden originally proposed $1.7 trillion in green investment over a decade. The switch to $2 trillion in less than half the time takes the climate crisis more seriously. Once again, it’s worth remembering the stunning four-year transformation of the U.S. economy when it was remade to defeat the Axis fascists. Not even most of the 1940 isolationists were calling for a go-slow approach in 1942.

And there are the critics like Naomi Klein and Jacobin magazine who argue that dismantling capitalism is necessary if we are to fully address the climate crisis.

Critics aside, John Fialka at the paywalled ClimateWire reports on what the scientists specifically propose:

The report calls for tripling Department of Energy funding for research, development and demonstration of low- or zero-emission technologies over the next decade. It suggests that a number of federal agencies might have to be created to help industries and groups promote and implement new technologies.

They might include a federal “National Transition Task Force” to help evaluate long-term implications for transitioning workers, communities and families. Another could be the White House “Office of Equitable Energy Transitions” to act on its recommendations and track progress.

An independent “National Transition Corporation” might be needed to help communities and regions implement new technologies and help mitigate impacts, such as the loss of fossil fuel jobs. The panel also suggests that a “Green Bank” be capitalized by $30 billion to encourage rapid expansion of private investing.

As outlined in the study:

There is quite a lot of good stuff there.The scientists obviously did not provide a roadmap for implementing the Green New Deal and not surprisingly, since it was beyond their scope, they didn’t look at numerous details of the transformation that could make it more … transformational.

For instance, ownership. Not only would a broad municipalization of electric utilities mean democratizing a key element of our energy system, it would also provide an opportunity for a more people- and environment-oriented approach. About 15% of current systems are municipally owned, but most of them need more democratic governance. All the more important as more and households generate much if not all of their own electricity with rooftop solar. In addition, when the federal government invests in green technology, it should, just like private investors, get a tangible return on investment other than the mere promise of more jobs. But such moves would make getting a carbon tax look like a cakewalk.

Fifteen or even 10 years ago, the acceleration report would have been viewed as an extremist, no-way, no-how, pie-in-the-sky document. These days, it’s good to have an administration in the White House that seeks to go further faster and intends to do what it can to go around the opponents whose propaganda and obstructionism have for 40 years delayed taking action on the climate crisis and delivered us into our current circumstances.