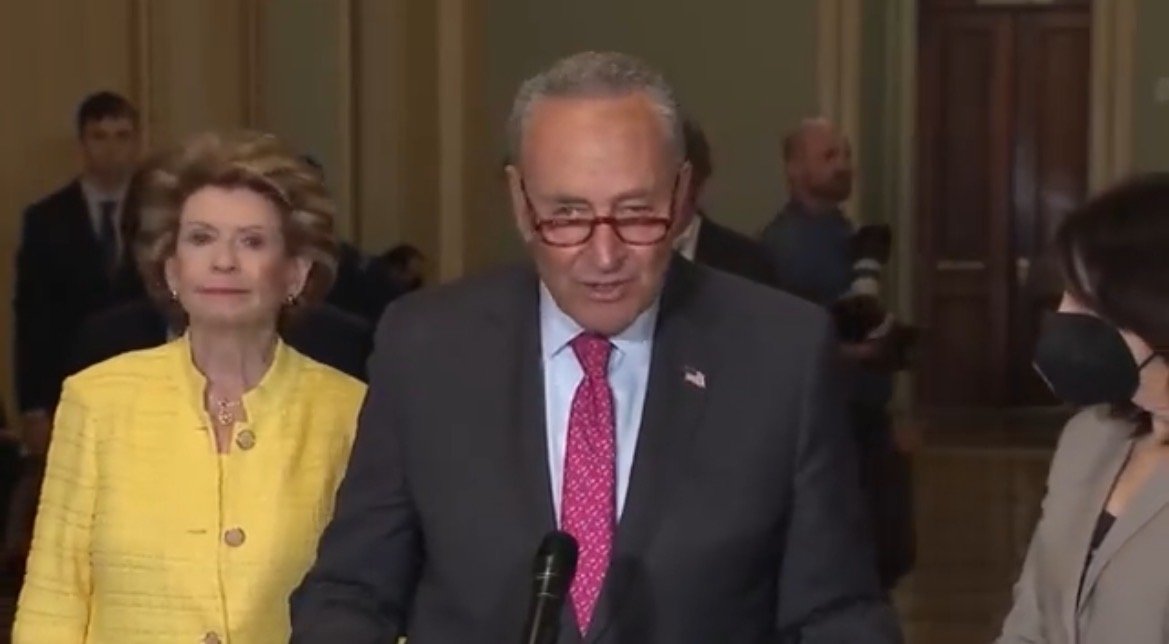 Senate Majority Leader Chuck Schumer (D-NY) on Tuesday said the only way to reduce inflation caused by Joe Biden and the Democrats is to raise taxes on Americans.

Senators Schumer and Manchin discussed a new tax hike and deficit reduction bill as a way to combat inflation.

TRENDING: Swamp Rat Mitch McConnell Said He Was “Exhilarated” on Jan 6 that President Trump “Had Finally Tarnished His Reputation”

The West Virginia Democrat said he is open to using the fast-track budget process to bypass Republicans and ram corporate and individual tax increases through the Senate given that the GOP wants to “keep things the way they are” in the tax code. Manchin said that it would make sense to include cuts to prescription drug costs in the package, which would need the support of all 50 Senate Democrats.

“We talked about the tax code and doing something to combat inflation. He is just as concerned about inflation as I am,” Manchin said leaving Schumer’s office.

Some Democrats, however, remain skeptical that the party can reach a deal after the failed efforts late last year. Manchin, for instance, supports raising the corporate tax rate, but Arizona Senator Kyrsten Sinema, another Democratic holdout, has been adamant in her opposition to increasing it.

Speaking to reporters, Schumer said getting rid of Trump’s tax cuts is the only way to combat inflation.

Senator Schumer argues the only way to cure inflation is by raising tax rates. So the way to lower inflation is by giving the government more money to spend? Which is exactly what caused inflation in the first place. These people don’t understand economics pic.twitter.com/CSGvuDAKcK