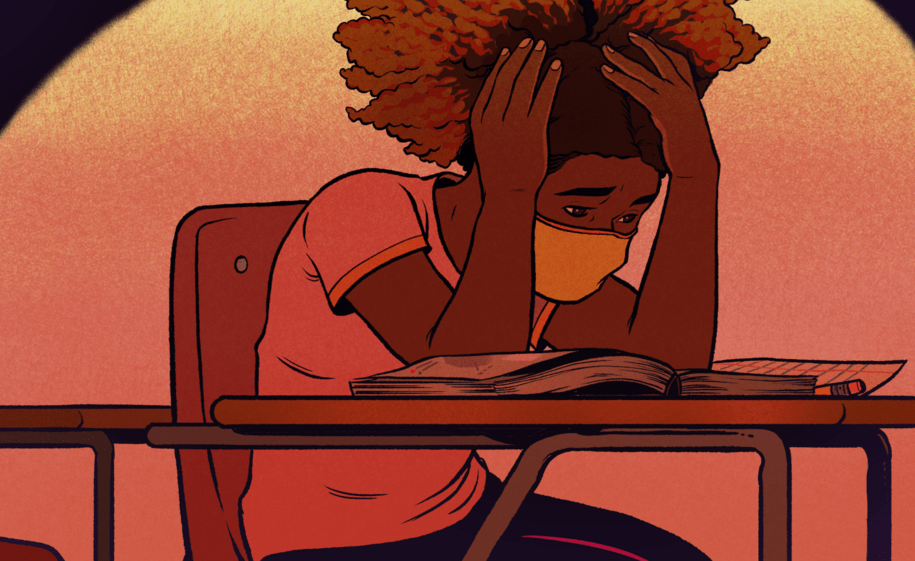 One of the major challenges with overcoming systemic racism is that for so long we have been conditioned to critique and judge the behaviors and outcomes of individuals, races, classes, and communities of people while overlooking political, institutional and systemic responsibility, and accountability. For example, critical race theory, an academic and legal approach used to examine larger, systemic structures rooted in an historical and racial ideology, is now under attack and currently in the process of being banned in several states for being too controversial and anti-white. What many people do not understand is that critical race theory is not an attack against white people or any other group, and it is not a concept that is currently being taught in K-12 schools. The current narrative pits individuals against each other by personalizing what is really a systemic and political issue, which creates barriers to the type of partnership and dialogue that needs to happen for us to address educational inequities.

The education system deserves a critical analysis of what it has produced, but this analysis should be guided by truth, empathy, and understanding of multiple perspectives in order to make sustainable improvements for all people.

As a person who has worked across the field of education for over 25 years, I believe our education system can build a more equitable pathway that addresses racism and promotes unity and achievement—we just need to focus on what I call “policies for humanity.” Humanity is what binds us and so should our policies, particularly policies influencing education and learning.

Current efforts advocating for equitable funding in schools, a diverse teaching workforce, and accurate representation of the experiences of people of color being taught in school history books are a good place to start. These things are not anti-white, neither are they solely privileging Black and brown students. Diversity and inclusion promotes critical thinking and creativity skills in all students, strengthens student identity and resilience, and prepares all students to be successful in a more diverse and global economy.

The public education system continues to be tainted by lingering policies and practices that have reinforced racial disparities and slowed progress toward safer and more inclusive schools. For instance, school disciplinary policies that disportionately punish students of color have been proven to maintain the school-to-prison pipeline, and funding policies based on property taxes systemically underfund Black and brown schools while benefiting white and wealthier school districts.

There are countless examples that mirror the historical, systemic, and ideological racist policies of the past. Though the U.S. Supreme Court decided Brown v. Board of Education in 1954, which called for the integration of schools across the country, racial harmony and equality has been slow to develop in the classroom. After Brown, an all-white school board in Kansas City, Missouri, spent the next decade strategically reinforcing “separate but equal” policies across the city’s  public schools. The school board replaced an overtly racist policy of separating neighborhoods and schools by race (called “zoning”) with a more hidden, racist school policy that manipulated student attendance boundaries to ensure that Black and white schools remained segregated. Moreover, these zoning policies strategically segmented white sections of mixed neighborhoods into white school zones or predominantly white neighborhoods, relegating students’ school options only to those schools within their zones, intentionally recreating the same outcomes. One could argue that the people on the ground did not understand these strategic, racist, and nuanced political moves. However, the impact of those decisions challenges Kansas City today. The majority of those neighborhoods remain white, and that has direct implications on a school funding formula largely determined by tax base. This results in more resources and access to better schools for white and wealthier families.

When it comes to teacher diversity issues, the education improvement strategy in New Orleans after Hurricane Katrina in 2005 all but decimated the Black teaching workforce. The city restructured its public school system from a traditional model to an almost exclusively charter school model, focusing on competition and innovation while providing autonomy in hiring and firing practices. Sustainable improvements to student outcomes continue to be debated, while the impact on Black teachers is clear: The teacher workforce decreased from 78% Black teachers to less than 50% Black teachers following Hurricane Katrina. This contributes to a larger national issue whereby more than 50% of the student population are of color, while more than 80% of the teaching workforce is white. Cities in New England, Alabama, Oregon, and Illinois are dealing with similar problems. While this is not to say that white teachers are the cause of student disparities, research shows that learning outcomes improve and behavioral challenges decrease when teachers reflect the student population, particularly for students of color.

Even ongoing issues like the Flint, Michigan, water crisis are still impacting schools today. More than five years after nearly 30,000 children were exposed to contaminated water, disrupting the development of their brains and nervous system, learning problems and special education enrollment continues to increase. In Flint, a government-appointed civil rights commission documented in a 129-page report that “historical, structural, and systemic racism combined with implicit bias” played a role in contaminating the water in the city that resulted in children being exposed to neurological and behavior problems.

Furthermore, when you add the historical and negative psychological and economic impacts of redlining, the G.I. Bill, and Jim Crow laws, you get a lack of access to high-quality and affordable early childhood education; school funding formulas that result in scores of high-minority schools being underfunded and under-resourced; and a stubborn academic achievement gap.

These are all issues schools were facing long before the pandemic and a racial reckoning, and in order to address them properly, school districts will need to start with protecting what funding and resources schools do have, while undoing the foundational and historic policies that have resulted in these educational inequities.

Recent solutions at the federal and local levels

Though complicated by the pandemic, there are encouraging examples at the federal and local levels where educators and other stakeholders are trying to address these historical and present-day equity issues. At the federal level, the Biden administration included two provisions intended to protect state and local funding awarded through the American Rescue Plan (ARP): One provision aims to ensure states maintain support for public elementary schools and institutions of higher education. Additionally, states receiving ARP funds must maintain that same level of financial support for fiscal years 2022 and 2023. Another provision ensures that higher-poverty school districts and schools do not suffer from disproportionate budget cuts from the state and local levels. With this additional funding, schools can address and prioritize improving school facilities and sanitation needs to ensure educators, students, and families feel safe returning in the fall. The funds also provide for learning acceleration, including after-school and summer learning programs, to mitigate learning loss; mental health services and social and emotional supports needed for students who may have experienced trauma; and additional resources to help teachers and principals support students with disabilities, second language learners, homeless students, and others.

At the local level, Cleveland Public Schools is taking a collaborative stakeholder approach. The school district has formed a coalition with the Cleveland Foundation, United Way of Greater Cleveland, and other partners to create the Academic Learning Pods (ALP) initiative. The ALP is designed to support their most vulnerable and underserved students and families by bringing together classroom teachers and out of school providers to support students with in-person education, on-site enrichment, reliable internet and lunch.

In Boston, the city’s first woman and first Black mayor, Kim M. Janey, has been taking aggressive action to mitigate disparities associated with systemic racism. Among a list of actions, Janey moved to allocate $2 million for community-based programs and support, which are sure to aid in improving school environments. Her lived experience as an 11-year-old during school segregation in Boston provides her with a unique perspective and understanding of the task that other leaders may lack. Janey is also in position to deal with the inequalities of home life and community—such as housing segregation and health—that also contribute to the quality of schools and students’ experience.

Working toward a better education system

The racial justice uprising, along with the impact of the pandemic, has reminded us that if we are going to move forward as a country, we have to address these systemic challenges. Moreover, we have to exercise empathy and see each others’ truth and humanity as we work together to create a better world. Empathy allows teachers and school leaders to better understand students and their families, including having a more positive impact on building relationships with students and increasing their motivation to learn. This belief is no different than what schools must do to not only better serve students, but to also address the human impact of racism.

Consequently, policies should focus on humanity and unity, while also undoing systemic and institutional biases. Leadership and teacher preparation programs must infuse diversity-related education and experiences throughout their curriculum, focusing on cultural competency and self-reflection. A study in 2010 that surveyed 62 traditional leadership programs across the U.S. concluded that diversity-related education only occurred in a single course, focusing only on broader societal conditions, neglecting to address more granular school-related influences. Schools in urban environments are often characterized by issues of poverty, race, and diversity; and preparation programs must provide opportunities for future leaders to self-reflect and examine their biases in education settings.

States should also end policies that promote the segregation of schools by socioeconomic class. Class and race are inextricably matched, which has made school poverty the greater barrier to learning opportunities. In fact, new research by Sean Reardon, a professor at Stanford Graduate School of Education, demonstrates that it’s not the racial composition of schools that matters so much as the fact that Black and Latinx students tend to overwhelmingly be placed in high-poverty schools.

Getting an education should not be a competition; it should prepare students for the competition. Therefore, we cannot allow competition to rule over compassion. Racial competence must become the solution—not the problem. Our current improvement strategies appear to take a deficit approach characterized by excluding certain communities of color; race must be an asset to improving our education system. The pathway to improving our schools and ending racism through education must be grounded by principles of truth, equity and unity, while also evaluating the historical missteps that brought the public education system to this point in the first place.

Frank L. Gettridge is the executive director for the National Public Education Support Fund (NPESF). NPESF is a family of philanthropic networks working together to create and advance equitable and racially just education and systemic policies and practices. Frank holds a doctorate of global education from the University of Southern California, a master’s degree in child development from the Erikson Institute, and a bachelor’s degree in early childhood education from Morris Brown College in Atlanta, Georgia.