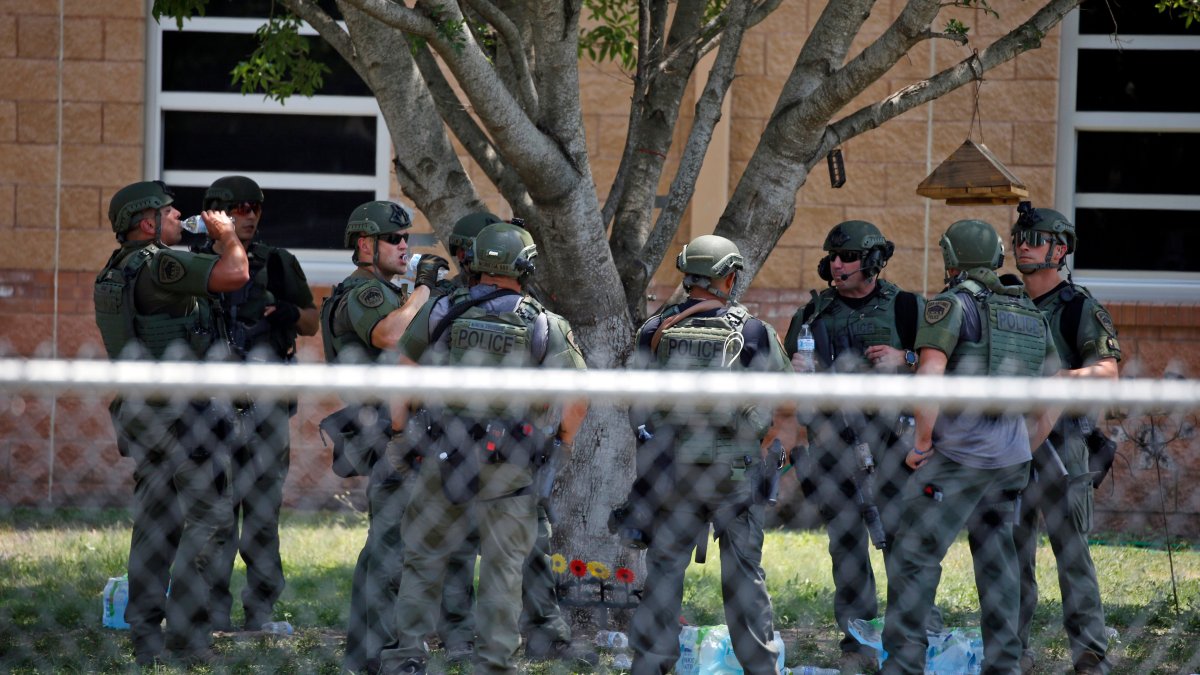 A Uvalde, Texas, educator has filed a court petition to investigate the gun manufacturer whose AR 15-style rifle was used in the May 24 mass shooting that left 19 children and two teachers dead.

The petition for information about Daniel Defense, the Georgia-based company that made the firearm, was filed Thursday, according to court papers obtained by NBC News.

The filing was on behalf of Emilia Marin, a staff member who had been outside bringing food into Robb Elementary School for an end-of-year party on May 24 when she saw a car crash, her attorney, Don Flanary, told NBC News.

Questions and confusion still surround the police response to a mass shooting inside an elementary school in Uvalde, Texas. Jillian Snider, Director of Criminal Justice and Civil Liberties at the R Street Institute and Dr. Donell Harvin, Senior Researcher Rand Corporation join LX News to discuss what went wrong and what could have been done differently.

For more on this story, go to NBC News.