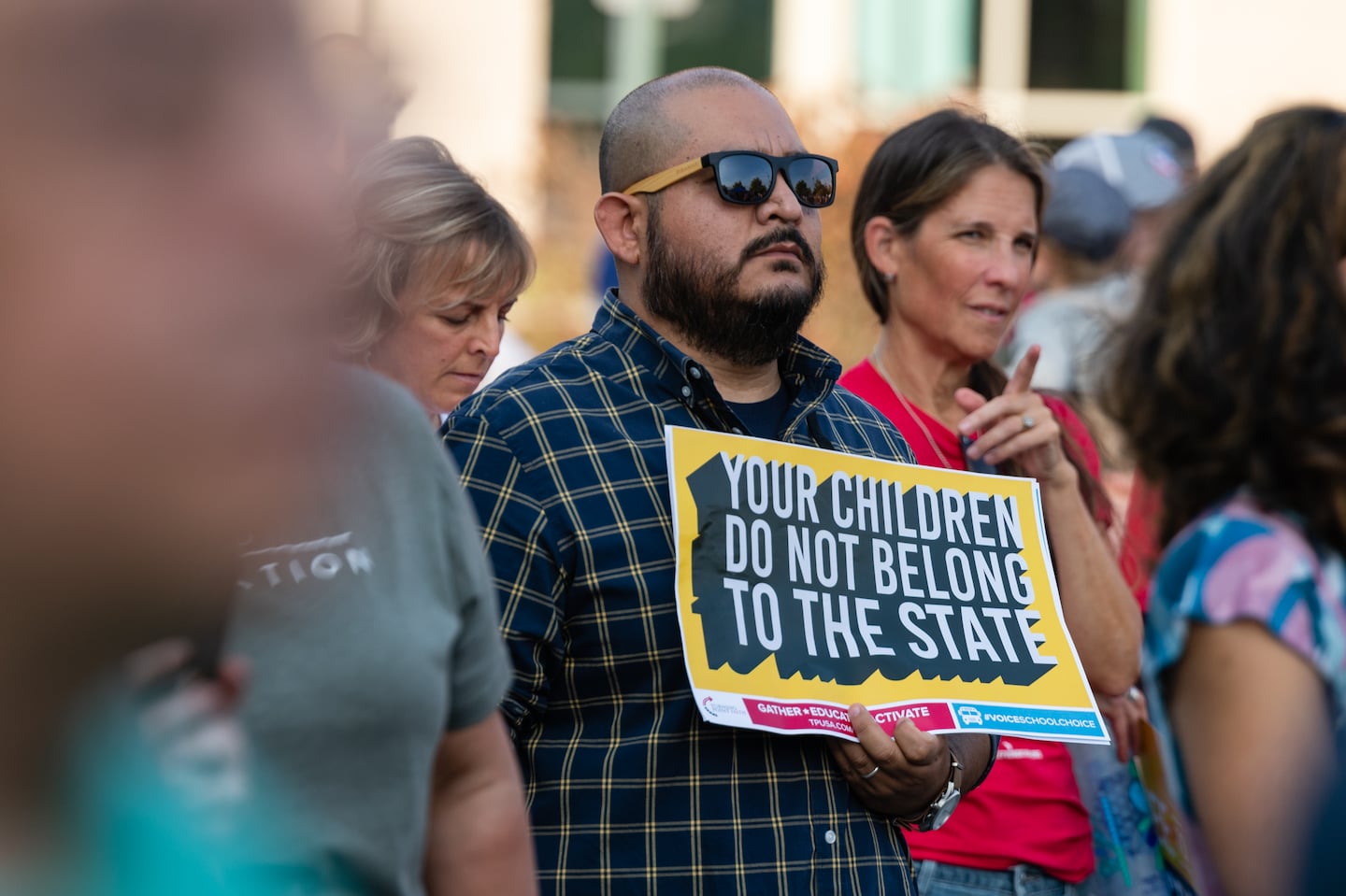 An investigation commissioned by the National School Boards Association concluded that the group was in close touch with the Biden administration in the weeks before it asked President Biden for federal law enforcement to counter “domestic terrorism” at school board meetings.

After receiving the NSBA letter, Biden himself called the president of the NSBA board to thank her, a fact she declined to discuss publicly at the time because she did not want to further the perception that the group was “in cahoots” with the White House, the report found.

The independent report released Friday afternoon found the group was not acting at the White House’s behest. But it was consulting with, and pressing, the administration to act on what its executive director saw as a serious threat to local school board members from activists who showed up, angry and sometimes vocally confrontational, at meetings.

The letter prompted an enormous backlash among Republicans, conservative parent groups and members of the NSBA itself. In the aftermath of the controversy, nearly half of the state school board associations left the group or said they planned to.

In response, the NSBA has approved policies emphasizing its support for “local control” and its commitment to “parent engagement,” the core tenets of conservative education politics today. The group emphasized that it is nonpartisan.

The NSBA letter, sent in September, came at a time when parents and other conservative activists were crowding school board meetings, often screaming and disrupting the proceedings or sometimes acting violently or threatening to do so. They were angry about pandemic-related restrictions such as mandatory masks and about how schools were teaching and talking about race.

“As these acts of malice, violence, and threats against public school officials have increased, the classification of these heinous actions could be the equivalent to a form of domestic terrorism and hate crimes,” the letter said.

The Biden administration responded almost immediately. Attorney General Merrick Garland directed the FBI to work with U.S. attorneys across the country to meet with federal, state and local leaders to discuss the threats.

The letter did not use the term “parents,” but because school board activists are typically parents, critics believed that conservative parents were being called terrorists. Protests came from Republicans in Congress, the NSBA board and activist groups, who charged that NSBA was taking sides against conservatives in a highly politicized environment.

If the school board association’s goal was to tamp down conservative parent protests, it had the exact opposite effect. It shifted the focus away from some frightening threats and decidedly aggressive behavior — in Loudoun County, Va., for instance, a school board member endured months abusive, profane and threatening emails, Facebook messages and phone calls — to a defiant defense of free speech and local control.

A few weeks after the letter was sent, as complaints piled up, the NSBA apologized, saying “there was no justification for some of the language included.” On Friday, the group went further, denouncing the letter altogether.

“The letter directly contradicts our core commitments to parent engagement, local control and nonpartisanship,” said a statement from John Heim, who was installed as executive director after the controversy. “The sentiments shared in the letter do not represent the views or position of the NSBA. The NSBA does not seek or advocate for federal law enforcement intervention at local school board meetings.”

The NSBA published the 57-page report and 551 pages of documents that support it. NSBA is hoping that the report along with its new policies will persuade state associations to return to the group. As of Friday, eight states had left the group with another 14 saying they plan to, NSBA said.

The investigation, conducted by the law firm Michael Best & Friedrich LLP, put the blame for the letter almost entirely on former executive director Chip Slaven, who was fired as the controversy mounted. He shared the letter with the association’s four officers before sending it but not with the entire board of directors, as some later said he should have. (The report noted that there was no precedent or policy that required Slaven to share communications with the board before sending them.)

In a statement, Slaven said there was nothing wrong with his original letter.

“The attack on public schools is very real, as evidenced by the many false attacks on NSBA’s letter,” Slaven said. “The organization owes no one an apology for standing up against violence and threats. I am saddened to see that the current leadership of NSBA appears to be afraid to stand up for local school board members and the students who attend public schools.”

The report found that Slaven had toned the letter down from the rhetoric of an early version drafted in part by staff. For instance, he removed a suggestion that the Army National Guard and its Military Police be deployed to certain school districts.

The original letter was co-signed by Slaven and Viola M. Garcia, a member of a school board in Texas. Soon after Garcia received the call from Biden, she was appointed to the National Assessment Governing Board. Some have suggested that White House wanted the NSBA letter to justify its own desire to crack down on conservatives at school board meetings and that it rewarded Garcia for sending it with the appointment. The report found no evidence of that.

Nicole Neily, president of the conservative group Parents Defending Education, helped mobilize opposition to the original letter. She said Friday that the report confirms her early allegations that the White House and the NSBA were working together behind the scenes. Her group’s open records requests provided evidence of the behind-the-scenes communications and fueled the controversy.

“Thanks to today’s report, we now know that these concerns were well-founded,” she said. “Trust between families and the education establishment has frayed over the past two years, and incidents like this are one of the many reasons why.”

How are you sleeping?