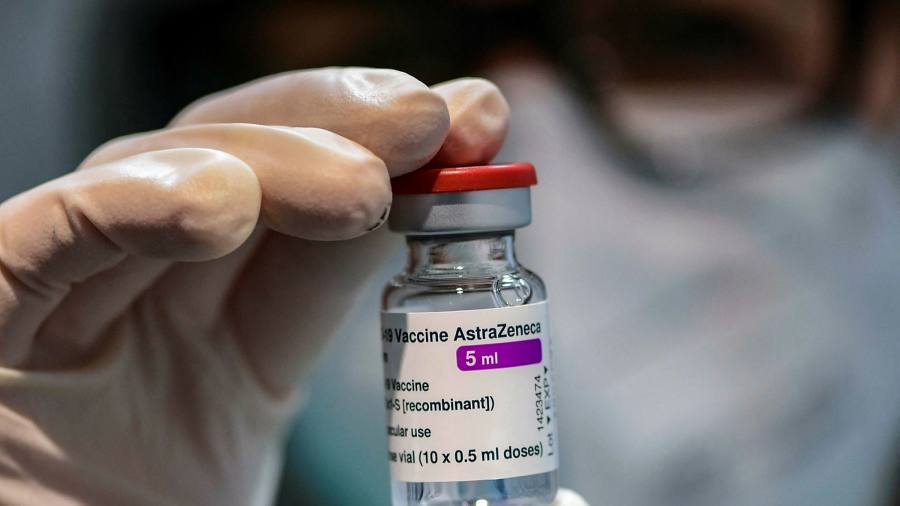 Norway, Denmark, and Sweden continue to pause use of the Oxford/AstraZeneca coronavirus vaccine as the three Scandinavian countries analyse its possible role in a number of unusual deaths involving blood clots.

Norway dissented from the European Medicines Agency’s decision on Thursday that the AstraZeneca vaccine “effective and safe”.

It wants the unusual combination of severe blood clots, bleeding and low level of blood platelets that has led to the hospitalisation of five Norwegians after taking the AstraZeneca jab to be included as a possible side effect of the vaccine, the Norwegian Medicines Agency told the Financial Times.

An investigation at Oslo University Hospital — where three Norwegian health workers were hospitalised with such symptoms, and where one died on Sunday — found that the AstraZeneca vaccine had caused an unexpectedly strong immune response and that there was no other likely explanation for the blood clots, haematologist Pal André Holme told the media on Thursday.

The Norwegian Institute of Public Health said it would take a decision on whether to restart the vaccine next week as it needed a “fuller picture of the situation”.

Steinar Madsen, medical director at the Norwegian Medicines Agency, told the FT that Norway was keeping “all options open”, including maintaining the suspension of the vaccine. He added that six cases in “totally healthy people”, including young health professionals, made it a “little bit special situation”.

Authorities in Denmark, where a 60-year-old woman died with the same symptoms last week, said they would assess the EMA’s decision in the coming days while the AstraZeneca vaccine would remain suspended until next week. Swedish authorities promised a decision next week. The UK is also probing a possible link after recording five such cases, though it says people should accept the jab when offered.

The Scandinavian countries’ reluctance to restart AstraZeneca vaccinations stands in contrast with most of the rest of Europe. Germany, France, Italy, and Spain all announced they would begin their programmes again within hours of the EMA’s decision. French prime minister Jean Castex is due to get the AstraZeneca jab on Friday, as is British premier Boris Johnson.

Ireland is also set to become the latest EU country to lift its suspension later on Friday. Ronan Glynn, Ireland’s deputy chief medical officer, said on Thursday night: “Vaccines are no good if people are unwilling to take them . . . Will the last week pose a challenge in that regard? I’ve no doubt that it will.” But he argued that the decision to pause the vaccine could ultimately boost confidence in the jab by showing “safety comes first”.

The EMA has said that its assessment only ran up to Wednesday, so did not include the Oslo University Hospital conclusions presented the following day and had only looked at two cases from Norway. It reiterated, as has the World Health Organization, that the benefits of the AstraZeneca vaccine far outweigh its risks.

However, the EMA’s safety committee on Thursday conceded that it may be associated with “very rare cases” of blood clots with low levels of platelets. It said it would update the product information on the vaccine to give more details of the risks. Norway argued it should have added it to the list of possible side effects as well.

AstraZeneca declined to comment. Ann Taylor, its chief medical officer, on Thursday welcomed the EMA’s assessment and said the company trusted “vaccinations [could] once again resume across Europe”.

The EMA did not respond to a request for comment.

At a Camel Conference in the Hill Country, Cameleers Swap Tips (and Watch Out for Slime) – Texas Monthly