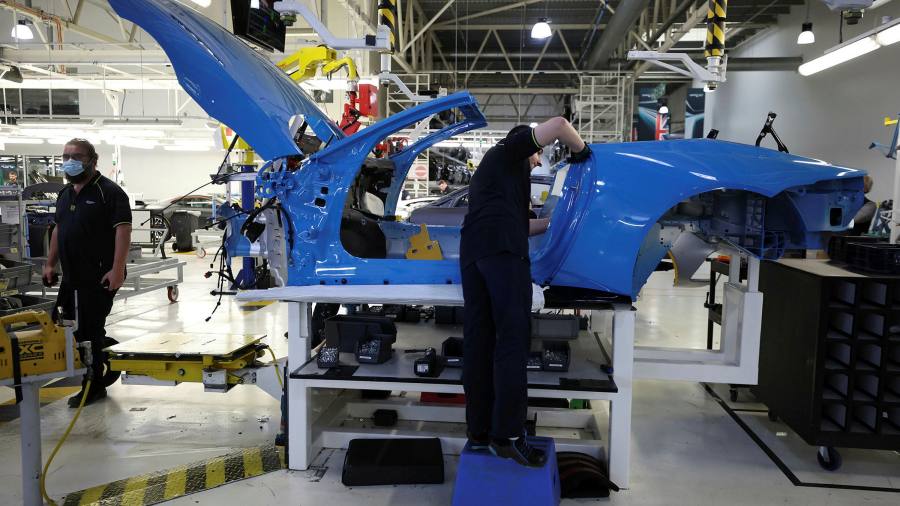 Saudi Arabia’s Public Investment Fund is in talks with Aston Martin about taking a stake in the business, as the luxury carmaker seeks to raise additional finances for its next range of cars, according to four people.

The PIF, which already has holdings in Lucid Motors and McLaren, is in talks to take fresh equity in the business that could be worth £200mn, the people said. Talks are at an early stage, they added.

Aston is facing the challenge of funding its next generation of sports cars, and its first push into electric vehicles, at a time when the business is saddled with debt and producing no net cash.

The company does not expect to begin generating cash until 2023, and one of Aston’s first priorities is to start paying down some of its high-interest debt.

The group has £957mn of net debt at the end of March, and expects to pay about £130mn in debt interest this year.

Lower car sales due to the company cutting reliance on selling wholesale models to dealerships, as well as a much slower rollout of its Valkyrie hypercar than expected, have all led Aston to seek other sources of funding for its upcoming generation of vehicles, which are key to the company’s survival.

The discussions represent a reversal from the company’s publicly stated position in February, when chair and owner Lawrence Stroll insisted that the business did not need additional funding.

“Let me be crystal clear, black and white: we do not need money,” he said at the time.

Aston already has a relationship with the kingdom, after a deal with Aramco to rename the F1 team.

Stroll, who invested in the company in January 2020, has been trying to orchestrate a turnround of the business, emptying showrooms of excess cars and trying to realign supply with genuine customer demand to help rebuild the brand’s luxury credentials.

Last month, Stroll revealed Aston turned down an approach from Audi about its Formula One team entering the sport from 2026. Stroll, whose son Lance races in the team, told analysts last month he was “very happy with our Mercedes relationship”.

Mercedes team principal Toto Wolff told the Financial Times last month that the brand may cut one of its three F1 engine customers, of which one is Aston, because of new rules.

Two people said that Audi was still in talks with Aston, though not over an equity stake.

Any investment by an existing carmaker would be complicated by Aston’s relationship with Mercedes-Benz, which owns a fifth of the carmaker’s shares and a technology deal to supply engines and other systems to Aston.