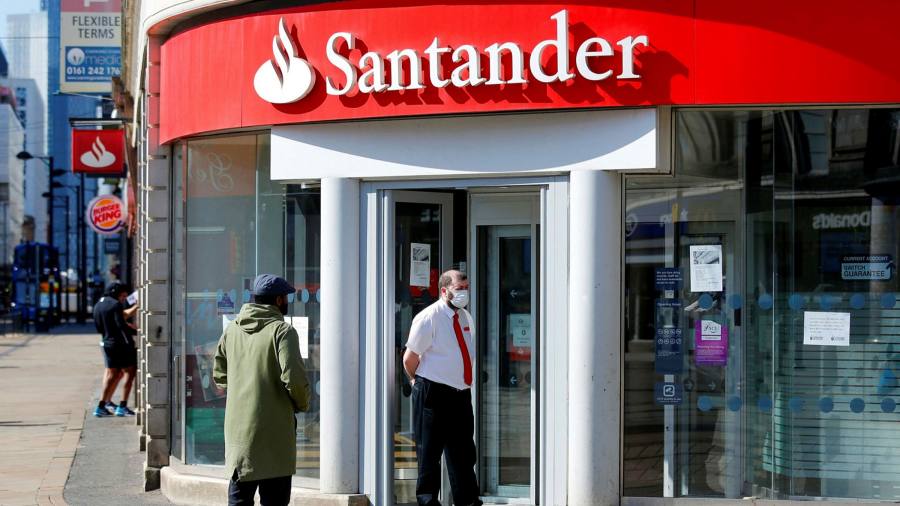 Santander, the eurozone’s largest retail bank, reported its first ever annual loss on Wednesday, but said it was optimistic about an improvement this year should inoculation campaigns be successful.

The bank was expected to report a loss due to writedowns and loan provisions that had been announced in the first half of the year, but the figure was exacerbated by a further €1.1bn charge related to a planned restructuring in its British and European businesses in the fourth quarter.

However, its preferred underlying measure of profitability was slightly above its own forecast, at €5.1bn, and the bank predicted a rebound in profitability in 2021.

“We will not let down our guard, but I define my view as one of realistic optimism,” said Ana Botín, Santander executive chairman.

Santander said it expects to generate an underlying return on tangible equity of between 9 per cent and 10 per cent this year, compared with 7.4 per cent in 2020.

Santander’s Latin American and North American unit showed the strongest performance, offsetting weakness in Spain and the UK. Revenues in the fourth quarter held up better than expected, climbing 1 per cent year on year after excluding the impact of currency movements.

“Although the crisis is global, our geographic and business diversification have once again served us well and underscored the strength of our team and model,” Ms Botín added.

Santander said it will pay a dividend of 2.75 cents per share, the maximum allowed under the limits introduced by the European Central Bank in December.

The capital saved through the reduced dividend pushed Santander’s common equity tier one ratio, a key measure of balance sheet strength, above the top of its 11 to 12 per cent target range, to 12.34 per cent.