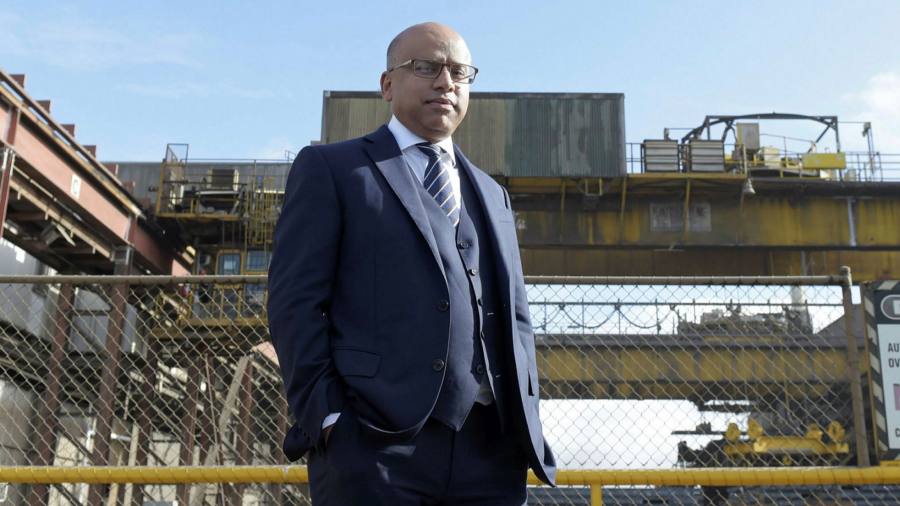 Sanjeev Gupta’s metals plants have missed payments to the UK tax authorities, as concerns mount over his industrial empire following the collapse of its main funder, Greensill Capital.

Companies controlled by Gupta, whose sprawling conglomerate includes Britain’s third-largest steel producer, have failed to transfer monies owed to HM Revenue & Customs under the pay as you earn (PAYE) system for staff workers as well as VAT, according to people familiar with the matter.

One of the people said that some of the money owed stems from deferrals the government granted last year to help businesses cope with the impact of the coronavirus pandemic.

The development comes as Gupta admitted at a crisis meeting with UK union officials on Tuesday that the implosion of supply-chain finance group Greensill had created “a challenging situation” which needs “careful management and an acceleration of our plans”.

In his first public remarks since Greensill filed for administration on Monday, Gupta told officials that the group had “adequate funding” for its current needs but was looking to secure alternative long-term finance. He added, however, that parts of the UK steel operations were lossmaking and needed support.

The demise of Greensill has fuelled anxiety for the 5,000 employees who work at Gupta’s metals and engineering businesses in Britain, one part of his global empire that spans steelworks to power facilities and employs 35,000 people. The companies are grouped within GFG Alliance, a loose collection of Gupta family-owned businesses.

GFG Alliance declined to comment on the tax issue. HMRC said that “due to taxpayer confidentially we are unable to comment on an identifiable business”.

Greensill’s administration filing at a London court capped a spectacular unravelling for a group that underpinned Gupta’s meteoric ascent. In just over five years the former commodities trader has built an industrial powerhouse with $20bn in turnover through relentless dealmaking, with promises to revive struggling metals factories.

Lawyers for Greensill, which counted former UK prime minister David Cameron as an adviser and was backed by SoftBank, told the court it had $5bn of exposure to the GFG Alliance, adding that the businesses within GFG were “currently experiencing financial difficulties”.

Court documents also confirmed a Financial Times report last week that GFG had stopped making repayments to Greensill and had thereby fallen into default on its borrowings.

The escalating crisis left the Scottish government under pressure to clarify the scope of the loan it provided in 2016 when Gupta bought an aluminium smelter in Lochaber and two nearby hydropower plants.

Murdo Fraser, Scottish Conservative shadow finance secretary, said he was seeking clarity, “specifically in relation to how much taxpayers’ money may be at risk”.

“They [the SNP government] must explain what is going on, the terms of these agreements and do everything possible to insulate public funds from unnecessary loss,” he added.

In the crisis meeting with UK unions, Gupta said the group’s Speciality Steel business had seen demand for some of its products plunge by 60 per cent as the pandemic hit the aerospace sector. Liberty Steel, Gupta’s main steel business, is in talks with customers and suppliers to improve cash flow and secure additional working capital facilities to “support the business”. There was a “daily focus” on cash management, he added.

The group was benefiting from the sharp rise in metal prices, Gupta added. Steel prices are trading at the highest level in more than a decade thanks to a robust rebound in China.

Unions said the talks had been “positive and constructive”.

Gupta’s efforts to reassure unions came as government data showed that GFG’s core industrial businesses, some of which are owned by Gupta and others by his father, are drawing hundreds of thousands of pounds a month under the UK’s furlough scheme. Other non-industrial businesses are drawing smaller amounts under the scheme, including his commodity trading outfit and a company set up to manage a classic car collection.

A lack of financial transparency from GFG Alliance, which is a collection of companies rather than a legal entity itself, has attracted scrutiny from bankers, insurers and regulators.

The Bank of England last week forced a lender owned by Gupta, Wyelands Bank, to return millions of pounds in retail deposits. This followed an FT investigation that showed how the bank was routing money to its owner’s businesses through a series of shell companies.