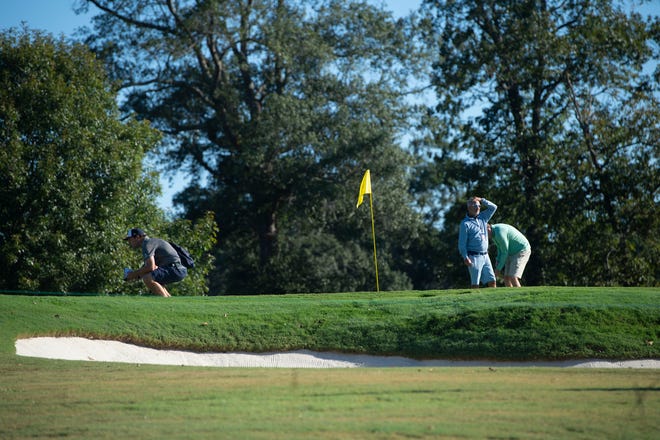 In addition to bringing entertainment to golf fans, Mississippi’s only PGA Tour event brings in more than $1 million for charities each year.

If everything goes to plan, this year’s Sanderson Farms Championship, which begins Thursday, will be no different.

Like the vast majority of PGA Tour events, the Sanderson Farms Championship partners with a charity host organization, made up of volunteers who help with many of the logistics of the tournament.

As a part of this deal, host organizations often receive a portion of proceeds, along with donations, to build up a pot of money that is ultimately distributed to a number of different charities. The host organization for the Sanderson Farms Championship is Century Club Charities, and its president, Phillip Carpenter, said their biggest benefactor is Friends of Children’s Hospital, which itself supports the state’s only children’s hospital at the University of Mississippi Medical Center.

Though the tournament traces its roots back 55 years, originating as the Magnolia Classic in Hattiesburg, Century Club Charities was not formed until 1994, when it became a PGA event after moving to Annandale Golf Club in Madison.

“From that point on the tournament was run to benefit charities in Mississippi,” Carpenter said.

Since 1994, Century Club Charities has raised about $21 million for charities in the state, Carpenter said. Last year, the organization raised $1.8 million, a high sum for a tournament of its size. Of that total, $1.5 million went to Friends of Children’s Hospital, while the other $300,000 was split between about 60 other Mississippi charities.

Mary Clair Kelly, communications and marketing manager for Friends of Children’s Hospital, said the help that comes from the tournament is significant, specifically thanking the tournament’s Executive Director Steve Jent.

“It’s funny, every year we never really know what that number is going to be, and so we’re always, I’d say, surprised and pleased and excited about the number that we hit. Each year it seems to go up. So this tournament, it just continues to grow and obviously that is due to the success of Steve Jent and his Sanderson Farms Championship group that’s grown this tournament bigger and better every year,” Kelly said.

Other than paying one fulltime staff-member, Kelly said funds that come from Century Club Charities are passed directly from Friends of Children’s Hospital to Children’s of Mississippi. As Carpenter said, much of it has gone towards the Kathy and Joe Sanderson Tower, which provides vital services to children and families.

“That was something that we have needed for numerous years,” Kelly said of the tower. “We’ve been needing to grow, being the only children’s hospital in the state of Mississippi, you know, if you don’t want to send children away. You want to be able to provide for our children in our state, without having to send them away, and so what does that mean? It means we’ve got to grow. We’ve got to fulfill that need.”

Specifically, the new space allowed the hospital to significantly increase its Neonatal Intensive Care Unit beds, and allowed those beds to be in individual rooms rather than in one large “crammed” space, Kelly said. It also allowed for testing and scanning, like x-rays, to be done within the children’s hospital, whereas before patients had to be brought across the UMMC campus.

“We were able to add those machines to this new center, to the tower, and it made it where it’s not so scary. I mean, can you imagine children going into a facility that’s just like what the adults are seeing? It’s scary. It’s darker. It’s just not as bright and cheerful,” Kelly said. “This tournament is a huge reason we were able to to do that. And so they now, when they enter those rooms it’s like they’re walking into, one of them’s in the form of a spaceship, you know. Another one’s like a big sand castle. It makes it not as scary.”

Kelly said the money from Century Club Charities has gone to numerous other projects as well.

Creative fast-food hacks on a budget