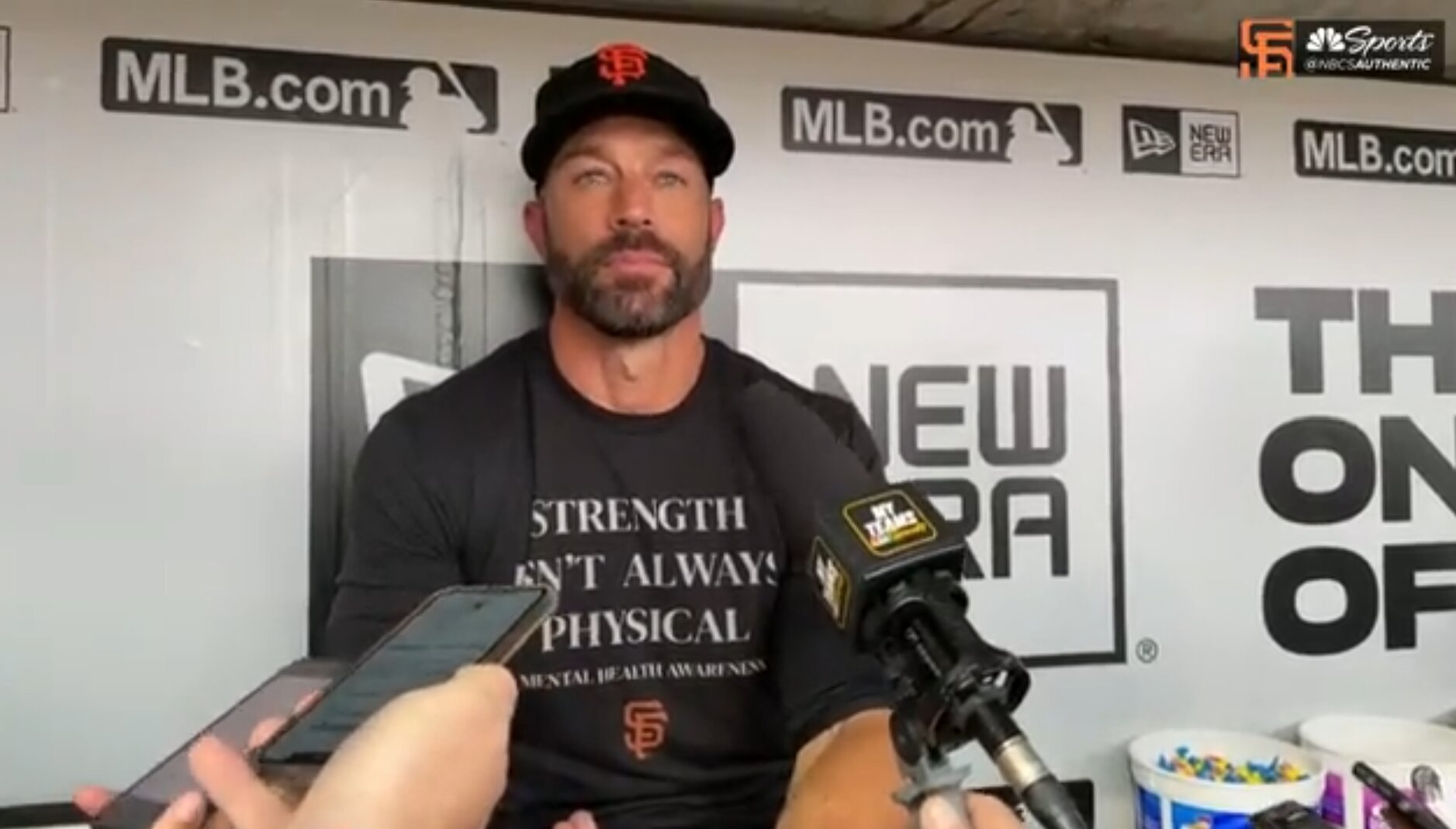 Saying he is upset about the recent school shooting in Uvalde, Texas, Major League Baseball manager of the San Francisco Giants Gabe Kapler announced Friday he is going to start boycotting the National Anthem at games “until I feel better about the direction of our country.” Kapler spoke to reporters in Cincinnati, where the Giants are playing a three-game stand against the Reds, after posting a statement on his decision saying, “We’re not the land of the free nor the home of the brave right now.” Kapler said he will remain in clubhouse for the anthem. Kapler, 46, is in his third year as Giants manager. He was named National League manager of the year for 2021 after leading the Giants to a 107-55 record and the National League West division title.

“I don’t plan on coming out for the anthem going forward until I feel better about the direction of our country” – Gabe Kapler pic.twitter.com/J1MdlVL3XI

We’re not the land of the free nor the home of the brave right now. https://t.co/XilHsz4s0W

The day 19 children and 2 teachers were murdered, we held a moment of silence at sporting events around the country, then we played the national anthem, and we went on with our lives.

Players, staff and fans stood for the moment of silence, grieving the lives lost, and then we (myself included) continued to stand, proudly proclaiming ourselves the land of the free and the home of the brave. We didn’t stop to reflect on whether we are actually free and brave after this horrific event, we just stood at attention.

When I was the same age as the children in Uvalde, my father taught me to stand for the pledge of allegiance when I believed my country was representing its people well or to protest and stay seated when it wasn’t. I don’t believe it is representing us well right now.

…Every time I place my hand over my heart and remove my hat, I’m participating in a self congratulatory glorification of the ONLY country where these mass shootings take place. On Wednesday, I walked out onto the field, I listened to the announcement as we honored the victims in Uvalde. I bowed my head. I stood for the national anthem. Metallica riffed on City Connect guitars.

My brain said drop to a knee; my body didn’t listen. I wanted to walk back inside; instead I froze. I felt like a coward. I didn’t want to call attention to myself. I didn’t want to take away from the victims or their families. There was a baseball game, a rock band, the lights, the pageantry. I knew that thousands of people were using this game to escape the horrors of the world for just a little bit. I knew that thousands more wouldn’t understand the gesture and would take it as an offense to the military, to veterans, to themselves.

But I am not okay with the state of this country. I wish I hadn’t let my discomfort compromise my integrity. I wish that I could have demonstrated what I learned from my dad, that when you’re dissatisfied with your country, you let it be known through protest. The home of the brave should encourage this.

End excerpt. The complete statement by Kapler can be read at this link.

The Yankees drew criticism for using the woke slur “Latinx”, “Each year, more than 4,100 Latinx people die from gun violence in the U.S. and 13,300 are shot and wounded.”

Stop calling us names. #Latinx is for stupid progs who can’t leave anything beautiful or good alone. https://t.co/PrvysyDXAh

The once vaunted NY Yankees bow down at the altar of politically correct narrative subjugation.

The Bronx Bombers even managed to offend Bronx native and Democrat Congressman Ritchie Torres, “I represent the South Bronx, home to the Yankees. Never heard anyone locally use the term ‘Latinx.’ Does a majority of Hispanics actually use the term ‘Latinx’? If the answer is ‘no’, how did ‘Latinx’ come to be the term to use in government and Corporate America?…If you are speaking to a particular person who prefers ‘Latinx,’ then, by all means, use the term. But if you are referring to the Hispanic community in general, why not use the term that the majority itself predominantly uses?…Every community should have the right to label itself, rather than have a label imposed on them by others.”

I represent the South Bronx, home to the Yankees. Never heard anyone locally use the term ‘Latinx.’

Does a majority of Hispanics actually use the term ‘Latinx’?

If the answer is ‘no’, how did ‘Latinx’ come to be the term to use in government and Corporate America? https://t.co/4EYR1ksywx

Every community should have the right to label itself, rather than have a label imposed on them by others.

It’s nothing short of bizarre that major institutions insist on using a term for Hispanic people that Hispanic people VERY MUCH DO NOT WANT TO BE CALLED https://t.co/omAYGM6Bwd pic.twitter.com/3mPUpcfdvD