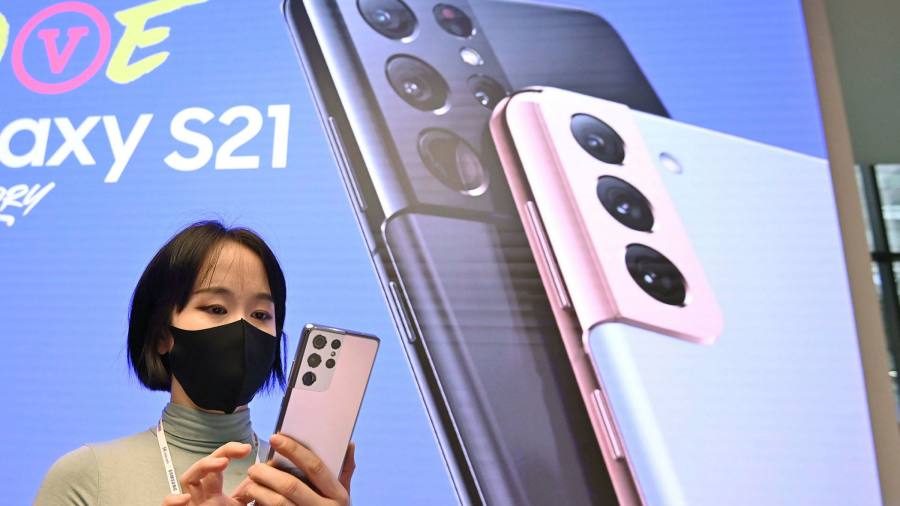 Samsung Electronics has sounded the alarm over a “serious imbalance” in the semiconductor industry, the latest warning that a chip shortage disrupting carmakers threatens to spill over into the broader technology sector.

The signal from the Seoul-based group — the world’s biggest computer chip manufacturer and a linchpin in the global tech supply chain — came as governments and companies expressed concerns that shortfalls in the semiconductor market might slow the economic recovery from the coronavirus pandemic.

“There’s a serious imbalance in supply and demand of chips in the IT sector globally . . . It is hard to say the shortage issue has been solved 100 per cent,” Koh Dong-jin, co-chief executive who heads Samsung’s mobile business unit, said at a shareholder meeting on Wednesday.

Computer chip supplies have been tight since carmakers cut orders on weakening sales forecasts at the peak of the pandemic last year. Chip production capacity at many foundries — the factories that make chips on order — was swiftly reallocated to other sectors experiencing booming demand.

Volkswagen and General Motors were among the carmakers forced to curtail production because of the shortages. With the supply crunch not expected to ease until the second half of the year, some in the auto sector have called for improvements to the industry’s forecasting capabilities.

A massive storm in Texas last month that caused widespread power outages and forced some chipmakers in the state offline has threatened to exacerbate the supply situation. Japan’s Honda Motor said on Wednesday that it would suspend production at most of its facilities in the US next week because of the disruption.

Samsung also said its foundry in Austin had not restarted production.

“While we are currently making efforts to resume operations as soon as possible, the process may require more time to reach normal levels as we inspect and reconfigure the facility,” Samsung said.

Market research company TrendForce has cautioned that “an industry-wide effort” to accelerate automotive chip production risked slowing the delivery of semiconductors for other consumer electronics and industrial applications.

Still, Young Liu, chairman of Foxconn, the world’s largest contract electronics manufacturer and Apple’s main assembly partner, said he had not yet seen a big chip shortage impact on clients.

Industry groups representing the semiconductor and carmaking sectors this week unveiled plans to jointly develop the domestic auto chip sector to prevent future shocks, a sign of longer-term changes in response to the shortage.