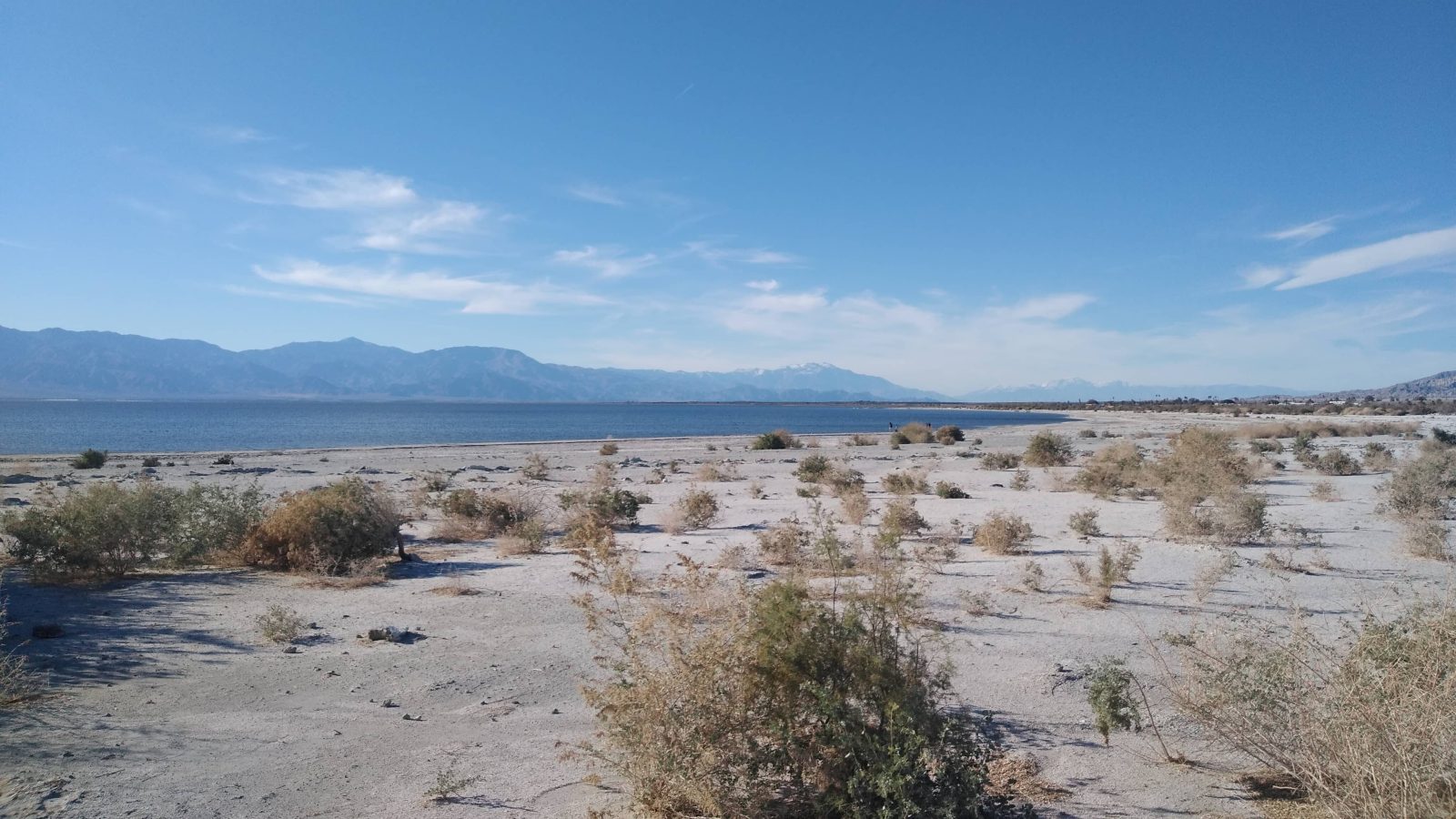 Last week, the federal government announced it will spend a quarter of a billion dollars over four years to clean up what remains of the Salton Sea, a lake in southern California that has been shrinking due to climate change-driven drought.

For decades, communities living near the sea have been afflicted by health problems caused by algae blooms and dust storms spurred by wind kicking up drying sediment from the sea’s ever-widening shores. The government’s new plan aims to help remediate some of those health impacts while simultaneously encouraging farms in the region to reduce their reliance on water from the Colorado River.

The $250 million will come from $4 billion earmarked for drought funding in the Inflation Reduction Act, the climate and energy security bill passed by Democrats and signed by President Joe Biden in August. The new money is meant to complement more than half a billion dollars the state of California has already committed to restoration and dust-suppression projects in the area.

The Salton Sea, a body of water that formed by accident more than a hundred years ago when the Colorado River overtopped an irrigation channel and flooded an empty lake bed, has become a controversial flashpoint in California’s ongoing efforts to conserve its increasingly limited water supply from the Colorado River basin.

For around half a century, the brimming Salton Sea attracted tourists, anglers, and celebrities like the Marx Brothers and the Beach Boys to its shores. But the sea was only directly fed by the Colorado River for a period of two years starting in 1905. Since then, it has been sustained indirectly by agricultural runoff from farms in the Imperial Valley that use water from the Colorado River to irrigate their crops. As water evaporates from the sea’s surface into the atmosphere, the body of water has become more concentrated with pesticides and other farming byproducts, and algae have proliferated in its tepid, shallow waters. The approximately 650,000 people living nearby suffer from headaches, nosebleeds, asthma, and other health issues.

The Department of the Interior, the government agency that is managing the restoration agreement, has made it clear that there are strings attached to the federal funding. The department’s Bureau of Reclamation will provide California with $22 million in new funding between now and the end of next summer to spend on restoration projects around the sea, conduct research on current and future cleanup projects, and hire two representatives from the Torres Martinez Desert Cahuilla Indian Tribe to help implement those projects.

The remaining $228 million is contingent on the state following through on its commitment to conserve 400,000 acre-feet of Colorado River water every year starting in 2023. Specifically, the Imperial Irrigation District, or IID, the public utility that supplies the Imperial Valley and its 500,000 acres of farmland with Colorado River water, will need to take on additional conservation measures in order to help California meet that target. A day after the Interior Department announced its $250 million plan, the IID board voted 3-2 to approve it, signaling that the district agrees, at least for now, to conserve 250,000 acre-feet of river water per year as part of the state’s wider goal.

Conserving all that water comes with tradeoffs for the Salton Sea. An IID projection shows that by 2027, the measures will expose an additional 8,100 acres of dusty shoreline. That’s where the funding for restoration and cleanup from the federal government comes in.

Jenny Binstock, a senior campaign representative at the Sierra Club, told Grist that she considers the new funding a “shot in the arm” for the efforts to fix the sea’s problems, though she said more can be done. Binstock wants federal and state agencies to thoroughly consult surrounding communities before approving new projects and, looking further ahead, figure out a way to pump new water into the sea. “Moving forward it will be essential that federal partners continue to work with the state, water agencies, and local communities to ensure that the Salton Sea remains a major priority as part of the complex water challenges facing the Western U.S.,” she said.