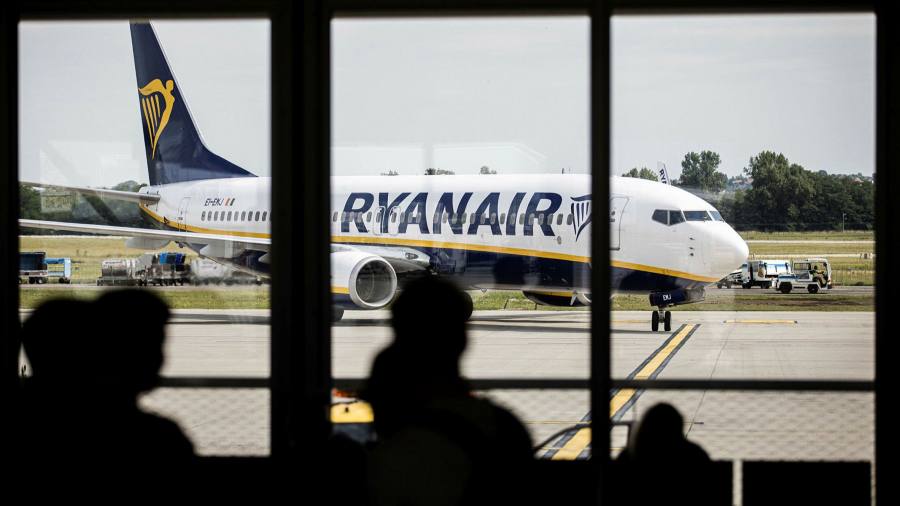 Ryanair is making South African nationals take a general knowledge test in Afrikaans to prove their nationality before they are allowed to board its planes in the UK and Europe, sparking accusations of racial discrimination.

The airline has been telling South African passport holders, including UK residents, that they will be turned away unless they complete the test, despite Afrikaans being only the third most-spoken language in the country, and its history of enforced use under apartheid.

South African travellers told the Financial Times that they were humiliated by the unannounced test, which Ryanair said had been prompted by cases of fake passports but which is not an official UK requirement.

“It’s extremely exclusionary . . . they didn’t think about the implications” of the test in light of South Africa’s history, said Zinhle Novazi, a South African in the UK who does not normally speak Afrikaans but was made to take the test in order to board a flight from Ibiza last week. “It definitely does amount to indirect racial discrimination.”

The airline’s 15-question test, which was seen by the FT, contains grammatical and spelling errors, and the questions include which side of the road South Africans drive on and the name of the country’s highest mountain.

Dinesh Joseph, a South African resident in the UK, said he was told at the Ryanair desk that he could not board a flight home from Lanzarote in May without the test, despite not speaking Afrikaans.

“It is the indignity of being told you can’t have it in the language you speak,” said Joseph, who has filed an official complaint. “You can’t profile and spot check people like this.”

“Due to the high prevalence of fraudulent South African passports, we require passengers travelling to the UK to fill out a simple questionnaire issued in Afrikaans,” Ryanair said. “If they are unable to complete this questionnaire, they will be refused travel and issued with a full refund.”

The South African Department of Home Affairs has recently publicised alleged cases of officials providing fake passports to criminal syndicates, but has not linked this to travel to the UK or Europe. There have been arrests, and investigations are ongoing.

Afrikaans is widely but far from universally spoken in South Africa. It is the third most-used language in households, after Zulu and Xhosa. But under apartheid, Afrikaans was often forced upon black South Africans by the white minority regime.

“We have quite a strong past. I’m a person of colour. There’s a certain unconscious triggering that happens,” Joseph said. “It is super callous and insensitive of them to pick one particular language.”

Nomfundo Dlamini, a South African in the UK who said she was also given the test alongside colleagues, told South African national radio this week that Ryanair’s policy was “Apartheid 2.0 . . . further oppression, further discrimination.”

South African travellers said they were baffled by how general knowledge questions on South Africa were meant to verify their identity documents. “Any non-South African could answer those questions,” Novazi said.

“How does that prove in any way my passport is fake? For me there is no connection,” Joseph said. “They didn’t even look at my Schengen visa,” which requires biometrics and other verification to travel in Europe, he added. “It’s bizarre — it’s ludicrous, actually — and it is genuinely offensive.”