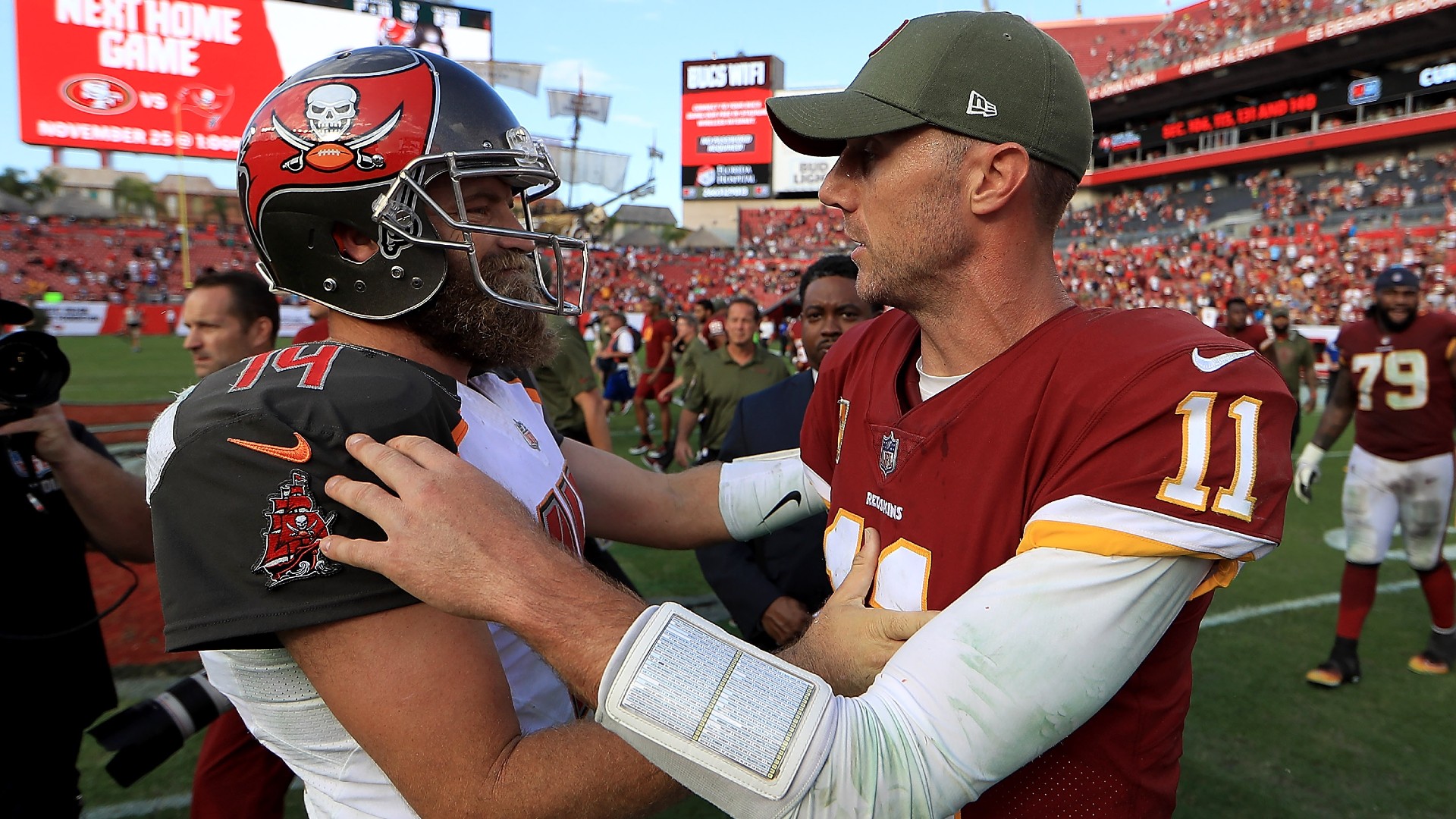 Fitzpatrick, who signed a one-year, $10 million contract with the Washington Football Team this past offseason, learned Smith had retired while he was speaking with Chris Long as part of an appearance on the “Green Light” podcast. Fitzpatrick heaped praise upon Smith, saying the former No. 1 overall pick deserves the “winner” label after finding success with the 49ers, Chiefs and Washington Football Team.

“It wasn’t always the 300-yard games and five touchdown passes in the way that it kind of happens now with some of these young kids,” Fitzpatrick said. “But everywhere he went he made the team better.”

The 38-year-old then launched into a story about one of his “biggest regrets to date,” the moment when he sent a text message to Smith in 2018 after Smith suffered a gruesome compound fracture in his right leg. Smith’s recovery was complicated by a bacterial infection after his initial surgery, and at one point medical professionals spoke with him about the possibility of amputating his leg.

“When Alex broke his leg in that game a few years ago, I had what I thought was a similar injury. I fractured my tibia in 2014 with the Houston Texans,” Fitzpatrick said. “So the single worst text I’ve ever sent out, I sent it to Alex. I said, ‘Hey, Alex, just want to let you know they’ll fix you right up. You’ll be good as new. I’m out here, and I don’t feel any pain from my injury three years later,’ or whatever.

“And I sent it and felt good about it, and he said, ‘Well, mine might be a little more complicated.’ And 17 surgeries later, and the story of what he had to overcome, I mean, I felt like the biggest a—hole.”

Smith was able to complete a “miracle” comeback by returning to the field in 2020, so Fitzpatrick can laugh about the memory now.

“What he did last year, it was incredible for him to get back on the field,” Fitzpatrick said. “And I was very happy after sending that text that he didn’t lose his leg.”

NBA Draft prospects 2021: Ranking the top 60 players overall on the SN big board

Will democracy in Ethiopia be established?