Rwanda plan may not deter migrants from coming to Britain, says top official 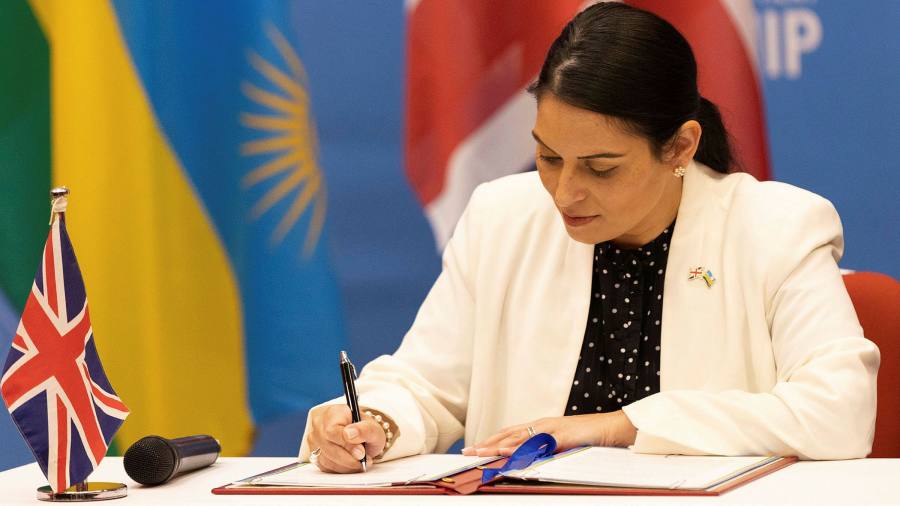 A top UK civil servant has warned there is insufficient evidence to prove that migrants will be deterred from entering Britain illegally as a result of the government’s contentious plan to send some asylum seekers to Rwanda.

Matthew Rycroft, permanent secretary at the Home Office, told home secretary Priti Patel in a letter that he could not show the government’s scheme offered value for money because of uncertainty about its “deterrent effect”.

It came as the Archbishop of Canterbury Justin Welby criticised the government’s policy, saying there were “serious ethical questions” about sending asylum seekers overseas.

Under the UK plan, any individual who has entered the UK illegally since January and has not sought asylum in a safe third country could be transported to Rwanda and assessed there for settlement in the east African nation.

Prime Minister Boris Johnson said last Thursday the UK would continue to provide “safe and legal routes” for asylum seekers but the government wanted to break the criminal gangs who engaged in the “barbaric trade” of moving migrants over the English Channel.

However, Rycroft questioned whether the UK’s proposed agreement with Rwanda would discourage migrants from attempting to reach the UK or provide value for the taxpayer.

He wrote in his letter to Patel: “Value for money of the policy is dependent on it being effective as a deterrent. Evidence of a deterrent effect is highly uncertain and cannot be quantified with sufficient certainty to provide me with the necessary level of assurance over value for money.

“I do not believe sufficient evidence can be obtained to demonstrate that the policy will have a deterrent effect significant enough to make the policy value for money.”

In her response to Rycroft, Patel said the government was confident its plan with Rwanda would produce a “deterrent effect”.

“It is only by introducing new incentives and effective deterrents into the system . . . that we can take on the criminal gangs facilitating illegal entry and break their lethal business model,” she added.

Patel said the cost of maintaining the UK asylum system stood at more than £1.5bn a year, adding that “without action, costs will continue to rise”.

She took the rare step of issuing a ministerial direction to Rycroft to press ahead with implementing the plan with Rwanda.

The Refugee Council, a leading charity, has estimated that the scheme could cost £1.4bn a year. 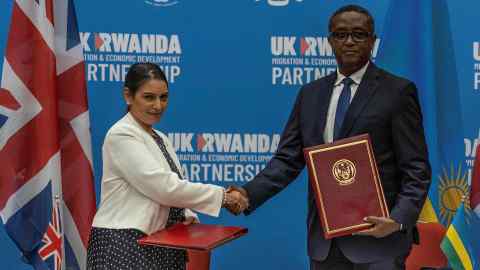 Meanwhile, in his Easter Sunday sermon at Canterbury Cathedral, Welby added his voice to the charities and human rights organisations that have criticised the UK plan.

He said the specific details of the scheme with Rwanda were for “politics and politicians”, but added: “The principle must stand the judgment of God and it cannot . . . it cannot carry the weight of our national responsibility as a country formed by Christian values, because subcontracting out our responsibilities, even to a country that seeks to do well like Rwanda, is the opposite of the nature of God who himself took responsibility for our failures.”

Welby’s criticism was echoed by the Archbishop of York Stephen Cottrell, who used his Easter Sunday sermon at York Minster to describe the UK policy as “depressing and distressing”.

Former Conservative minister Sir John Redwood accused Welby of heightening political tensions. “So what is the archbishop’s proposal on how to stop the lucrative and illegal trade by people traffickers?” he said on Twitter. “I thought the Easter message was love conquers all. We should forgive and reconcile. Could the archbishop help do that instead of sharpening political divisions?”

Last week, more than 160 charities including the Runnymede Trust and Hope not Hate signed an open letter to Johnson and Patel describing the UK plan as “shamefully cruel”.

The UNHCR, the UN refugee agency, accused the government of wanting to “shift asylum responsibilities” and “evade international obligations”.