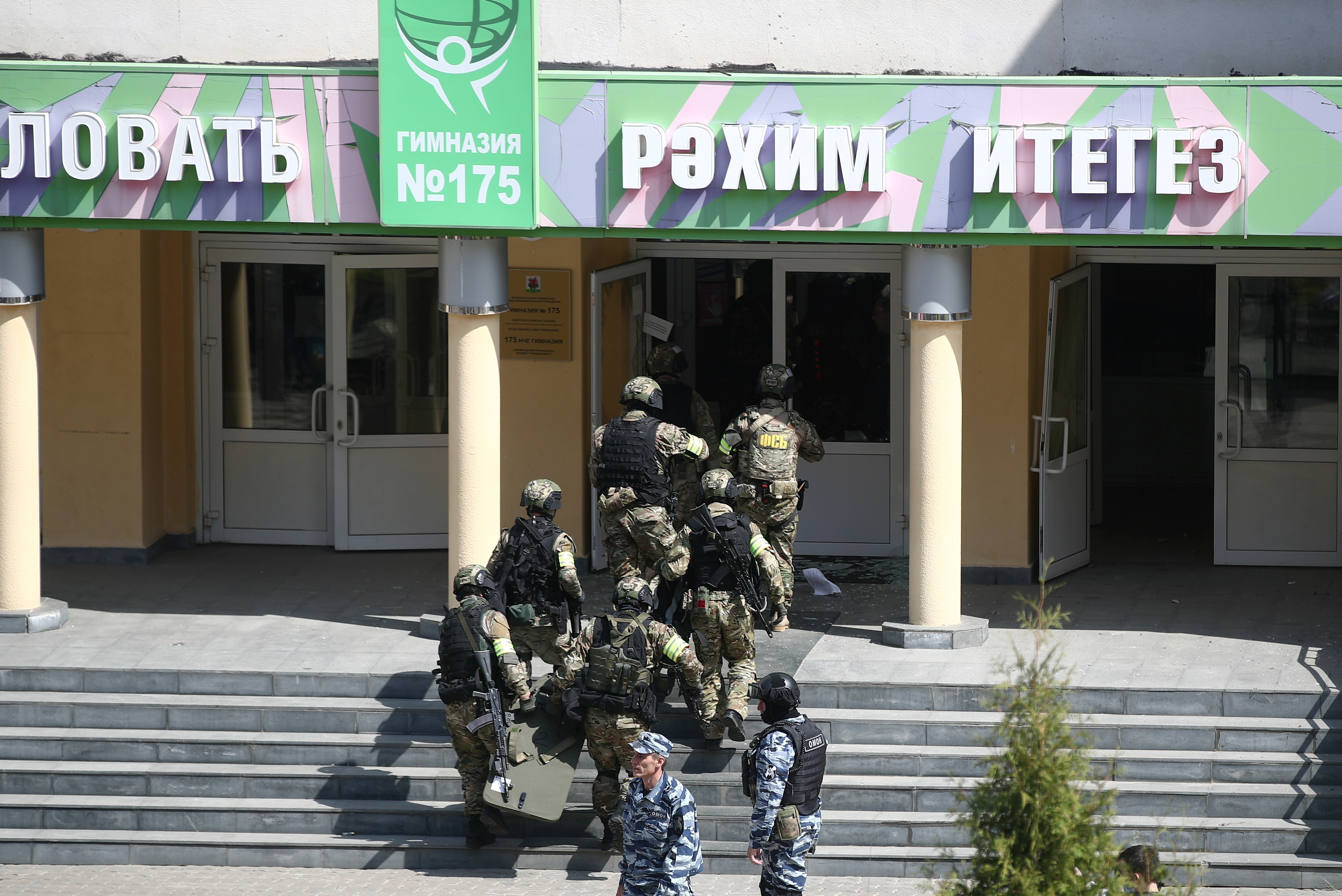 At least 11 people were killed Tuesday in a shooting at a school in southwest Russia, according to reports.

Local media reported that two unidentified attackers opened fire at the school in the Russian city of Kazan.

A source told Russia’s Tazz news agency that nine people were killed, including eight children and a teacher.

The source added that preliminary information indicated one of the shooters was a teenager, who has been detained.

Local officials noted that some of the children were evacuated from the school, while others still remained in the building. Videos posted on social media appeared to show people jumping out of windows to apparently escape the shooting.

School shootings in Russia are rather rare. However, in recent years there have been several violent attacks on schools, mostly carried out by students.

Kazan is a city located on the banks of the Volga and Kazanka rivers in southwest Russia.

The Associated Press contributed to this report