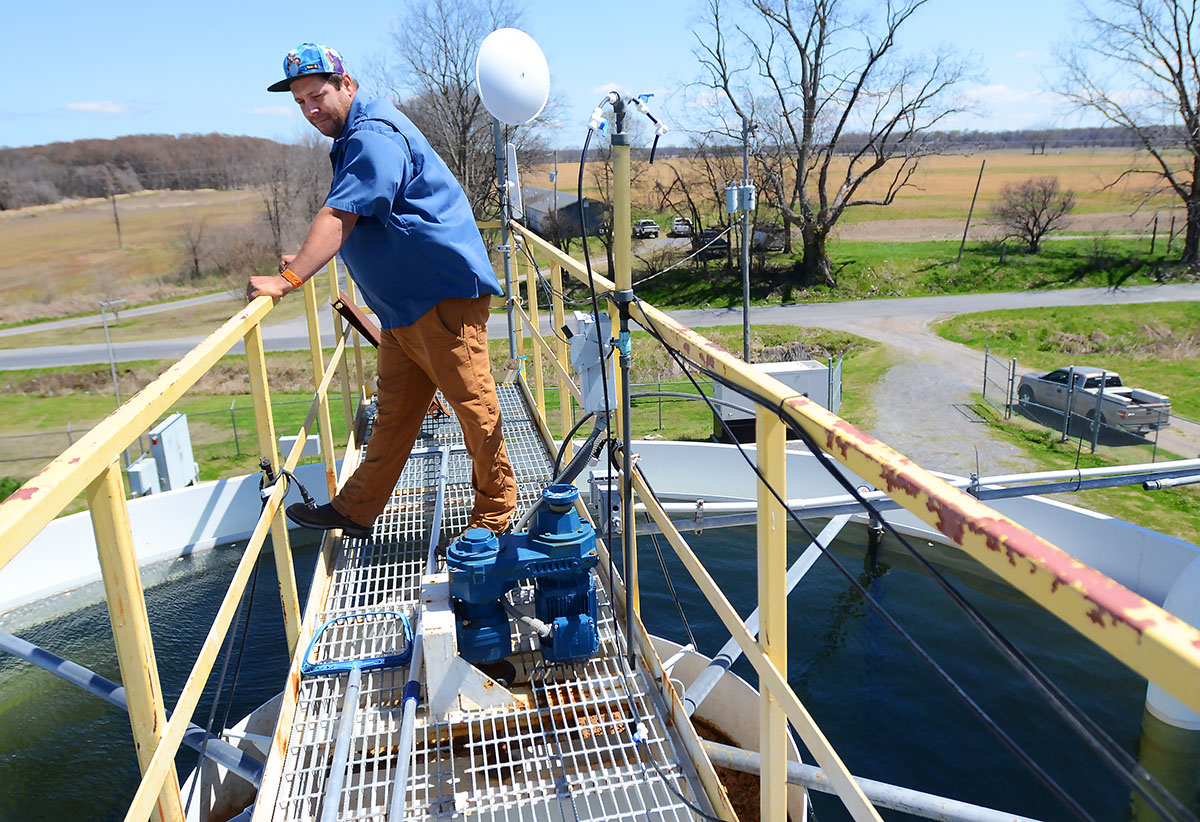 LELAND — The Black Bayou Water Association, which now connects to nearly 3,000 rural customers in the Delta, was started about 30 years ago by a rice and soybean farmer with no water service experience.

David Koehn, now 76, had plans to build a mobile home park on his land in Washington County, but didn’t have a central water source to offer residents. At the time, Koehn and others in the area drank from their personal shallow well, usually filled with brown, iron-laden water.

So the farmer went home-by-home to see who’d want to pay for a new water service. He took out some loans, found local volunteers to form a board, and by 1991 had the Black Bayou Water Association up and running, serving about 350 homes.

“It started as a community service and it turned into a career,” Koehn said.

Black Bayou eventually built a reputation in the area for its clear water. It’s common in the Delta to see brown tannins flowing out of the tap because of years of Mississippi River flooding, he explained.

Over the years, the water association picked up new customers and merged with other small utilities. Now, the utility serves about 2,800 homes across multiple counties, with connections stretching over 60 miles from Shaw to Mayersville.

But about ten years ago, the rural water service ran into a legal hurdle: the chlorine it relied on to remove the brown coloring violated EPA limits on disinfectant byproducts, which have a number of health risks such as liver and nervous system damage, as well as increasing the risk of cancer. The byproducts, or DBPs, form when chlorine reacts with organic matter in the water.

Black Bayou now treats its groundwater with reduced chlorine, which, while not posing any health risks, means that most of the homes paying for the utility’s service are getting brown water.

Some, about 600, are getting clear water from a new $1.5 million plant, paid for through USDA loans. The facility there uses a polymer that coagulates the small bits of organic material in the water, which then settle out.

Koehn said that the goal is to replicate that process for the remaining 2,200 connections. But, in order to reach all of its far-spread customer base, the small utility needs $14 million for a new plant and distribution.

Mississippi is filled with small water systems in need of assistance like BBWA: of the state’s 1,200 public water systems, about 70% are rural systems serving 1,000 homes or less, most of which were built in the late 1960s or early 1970s.

Their issues range from aging wells, to delivery lines that are too small, to lacking a backup power source when a storm hits. Several other utilities are facing the same compliance issues as BBWA.

When news came last year of incoming support through the American Rescue Plan Act and the Infrastructure Investment and Jobs Act, the Mississippi Rural Water Association (MRWA) asked its member utilities what amount they needed. The survey showed a combined need of $700 million, but only a third of the state’s rural water associations had responded.

Earlier this month, the Legislature appropriated $300 million of APRA funds for rural water associations, and made another $450 million available through a matching program for cities and counties to make water improvements.

“No, it’s not going to near about be enough,” CEO of the Mississippi Rural Water Association Kirby Mayfield said of the ARPA money. “But this is going to be big, it’s going to be huge for our systems. It’s like I’ve been telling (our members): ‘We’ll never see this again in our lifetimes, take advantage of it.’ This is our chance to get things right.”

Mayfield, who brought the survey’s findings to the Senate Appropriations Committee late last year, discussed how many of the older, small rural systems have expanded over the years and are now failing to serve adequate water pressure to every home.

In his testimony to state lawmakers, he described the financial burden that old and breaking infrastructure is putting on the water associations, which often serve low-income populations: in 2013, the EPA estimated that the national average water loss was 16%. In Mississippi, Mayfield estimated that it’s around 35%.

With so many small utilities around the state, some experts have recommended consolidating rural water associations to save money on resources and combine expertise among board members.

In some cases, like with Black Bayou, nearby utilities are happy to merge. But others, Mayfield explained, are hesitant to take on the debts of struggling nearby utilities. He added that ARPA funds could be used to alleviate such costs and encourage consolidation.