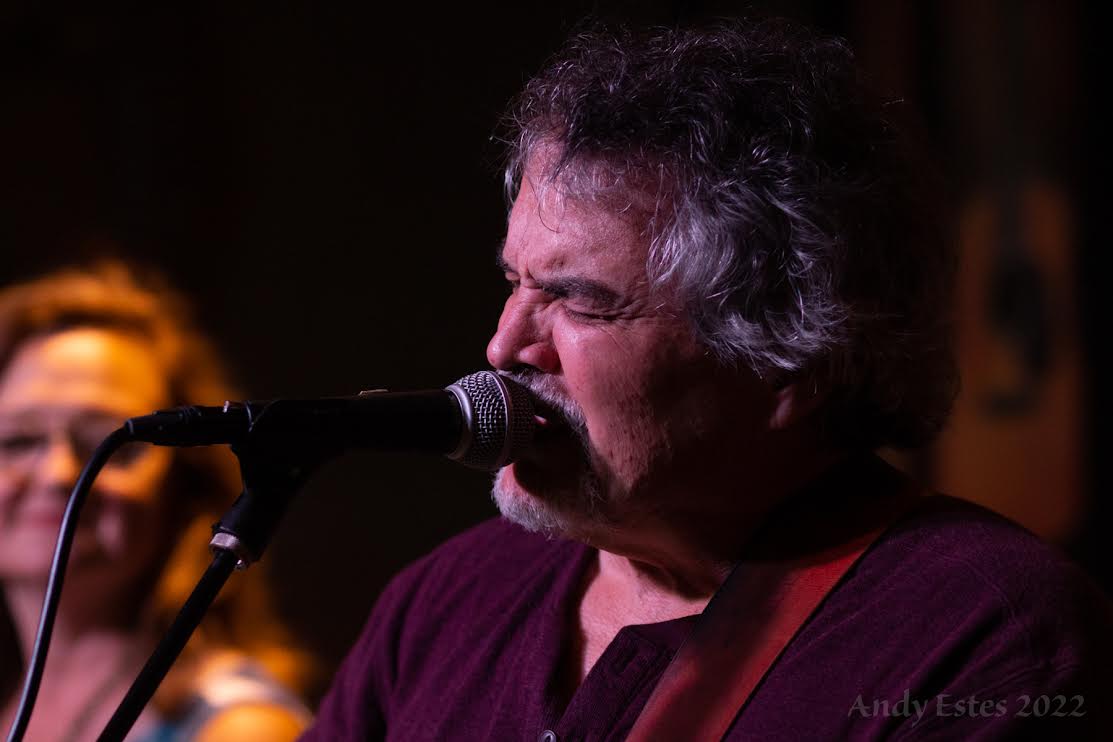 Magnolia Express came together as a band at the worst possible moment, right before the Covid pandemic broke into full swing two years ago. The group evolved from the popular bluegrass jam band Honeywood, spearheaded by singer and guitarist Russell Brown.

With live gigs out of the question, Magnolia Express built a fan base through a series of streamed performances they called the “Lockdown Sessions.”

The group will have an album release party for its first record of all-original material, the acoustic Americana-flavored Manatee’s Store, Saturday at From The Earth Brewing Company in Roswell. ArtsATL caught up with Brown to talk about his band’s journey, their new album and how a good jam song develops on stage.

ArtsATL: You began to play guitar when you heard Led Zeppelin when you were 11. What other groups were an influence? 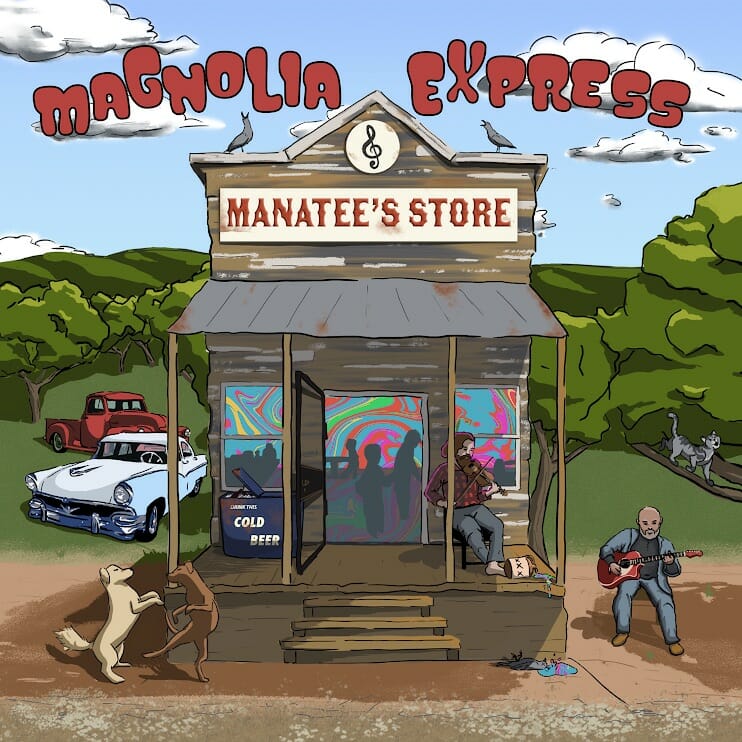 Russell Brown: Oh, I loved the Brothers (Allman Brothers Band). Their jams were so incredible and really made a deep impression. And it was at an Allman Brothers show that I discovered The Marshall Tucker Band. They were opening for the Brothers and they just blew me away. I loved everything about their sound. Later, Jerry Garcia and the Grateful Dead would also have an everlasting impression on me and my musical approach.

ArtsATL: You’ve played in bands around Atlanta since you were in elementary school. How did Magnolia Express come to be?

Brown: Around 2015, I answered an ad to help put together a jam-grass band.This guy and I got together and created the band called Honeywood. Honeywood played heavily around Atlanta for a few years. Then we basically reformed the band as Magnolia Express and I became the driving force behind getting this band going. We met Joe Kimsey, a banjo player, and we all began playing all around Atlanta. Shortly after, the pandemic hit and put things on a big hold. We all got tired of that and started playing in my backyard. We began a series of live-streaming sessions, called “Lockdown Sessions.” We did 20 of them and that kept us going and kept us connected to our fans over the past couple of years.

ArtsATL: And now you have a new album, Manatee’s Store, comprised of original songs, and a departure from your first album — which was mostly covers. How’d you make that leap?

Brown: I teamed up with an old friend, Larry Thomas, to write many of the songs on the new album. He started sending me all these lyrics and I started looking at them after they’d sat around for six months to a year. I said, “Wow, we should really try to put some music to some of those words.” That is how the album just really started to evolve. He lives in South Georgia and has a very folksy approach to things. He’s an old-time kind of guy so that’s where a lot of those “stories” came from. He wrote the lyrics for about half the songs on Manatee’s Store.

ArtsATL: Have you found a difference in the way you perform these new originals live compared to the way they were recorded?

Brown: Absolutely. In fact, we feel like we perform without a safety net and allow the songs to be played live in a way in which they can go where they want to go. So when we play live, the structure of the song can really change and can jump off the cliff. And because we’re a totally acoustic band, it makes things a little different. We can take an electric sound and make it different with these acoustic instruments. And, with writing our own music now, we discovered we could do what we want with the songs.

ArtsATL: The name of the new album and its title song is Manatee’s Store. Is that a real place, or made up?

Brown: Yes, it’s a real place. Manatee’s Store was an illegal bar near Bainbridge. James Brown came to it in the ’60s, and then there developed this massive crowd coming to the bar. I didn’t know what to do with that story for the longest. And then, after I let it marinate in my mind, I was able to turn it into a song.

ArtsATL: What would you like to see your band do in the days ahead?

Brown: Well, of course we’re excited to be celebrating the release of the new album, playing with Frankly Scarlet at From the Earth Brewing Company this Saturday. We’d like to also expand our exposure on social media and, ultimately, play at some good listening rooms, like Eddie’s Attic. But, you know, we’re this little band from Atlanta. I subscribe to the Colonel Bruce Hampton approach to playing music, which is to make sure you have fun with it, surround yourself with great players and see where it goes from there. My main goal is to share this music around and have people listen to it and like it. If we can have fun playing music and bring people joy while doing it — that’s what it’s really all about for us.

Brenda Stepp is an Atlanta freelance writer who has written extensively about the jam band scene.