Ronald Reagan set the Republican Party up for failure. Donald Trump took advantage of that weakness 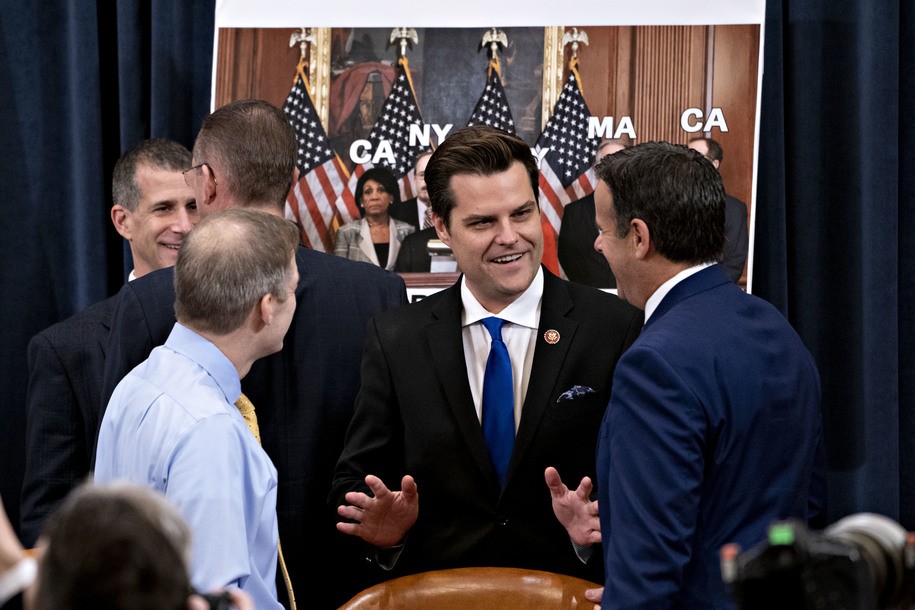 In statistics, there’s a frequently used metaphor called “the drunkard’s walk.” If a drunk is walking down a sidewalk, staggering side to side, that drunk will soon be either in the gutter or in someone’s front yard. However, if there is a wall on one side of the sidewalk, then the drunkard will always end up in the gutter. That’s true even if the drunkard’s natural inclination is to stumble toward the wall.

In nature, this simple dictum explains any number of apparently puzzling conundrums about he world around us. For example, life started out very small, with bacteria popping up pretty much as soon as the planet had cooled. However, it doesn’t seem possible for free-living organisms to get any smaller, so 4 billion years later … blue whales. There was a wall on one side, and no wall on the other. The drunk inevitably staggers toward big, no matter how much pressure there might be towards small.

In adopting Reagan’s 11th Commandment, the Republican Party ensured there was always a wall on their left, but not a single barrier to the right. The problem was compounded because the party also bought into the idea that there is no such thing as too far right. Whether the metaphor is a football or an Overton window, there’s little doubt about the party’s ability to slide the midpoint ever more to the right and to turn such dead-obvious items as the ERA—which overwhelmingly passed through a bipartisan Congress  in 1972—into affronts to “real America” that would have a hard time mustering a single Republican vote.

If they had been drafting a 15th century map for would-be voyagers, the the whole right edge would be emblazoned with “Here be absolutely no monsters.” That’s why, for just as long as Republicans have been upholding Reagan’s commandment, they’ve also been trying turn historical fascism into something that’s “on the left.” They’ve used every possible excuse to reposition such figures as Hitler and Mussolini as “socialist,” where they can safely be objects of scorn.

As a result, while progressives are well aware of the horrors associated with totalitarian communist regimes, Republicans believe that on the right, it is clear sailing all the way to the horizon and beyond. In fact, it’s become Republican orthodoxy that more right is always better.

The result is that Republicans sailed their ship of state right into fascism and never even slowed down. Not only did they welcome aboard every variety of racist, misogynist, and conspiracy theorist, they hauled up nets full of genuine authoritarian beasties who never met a democracy they didn’t want to see quashed. They’ve sailed far enough that, rather than trying to reposition Nazis, they now find themselves surrounded by people who worship Nazis.

And while they’ve been bringing these new “Republicans” on board, the party establishment that pretended so long that there’s no right too right forgot to notice one thing — these guys don’t believe in the 11th Commandment. Instead, they believe in the inverse Golden Rule that Donald Trump expressed so clearly.

“Get even with people. If they screw you, screw them back 10 times as hard. I really believe it.” —Donald Trump

A party of gazelles that has for six decades refused to police its ranks now finds it has admitted tigers. Now they’re getting eaten. Which was always inevitable.

The vision of Missouri Sen. Josh Hawley rising to oppose the counting of Pennsylania votes certified by that state’s Republican legislature is the future of the Republican Party. So is Rep. Matt Gaetz travelling 2000 miles to mansplain and out-of-state-splain to Wyoming residents how Rep. Liz Cheney doesn’t understand her own state. Rep. Lauren Boebert keeping insurgents apprised of where to pick up congressional hostages. As for Rep. Marjorie Taylor Greene bundling every anti-Semitic trope of the last nine centuries into a scheme to roast California with a Jewish space laser … this is who they are.

When you build a wall on the side of the sidewalk that includes democracy, and leave open the side that includes fascism, fascism is where you go. The only real wonder is that it took this long for them to completely stagger into the muck.

Frustrating as it’s been over those same decades, the fights among Democrats have a different result—a party that’s not completely united behind a single leader, but is united behind a set of ideals. It’s a party where the meanings of equality, opportunity, and justice have been continually challenged, continually fought about, and continually redefined. It’s been messy. It’s been exasperating. It’s cost the party elections, caused candidates to quit in disgust, and made would-be supporters turn away.

It’s left behind a squabbling, messy, uneasy alliance of people pushing toward similar, though not identical goals. Which is a pretty good definition of a healthy political party.

That doesn’t mean every grandstanding Democratic politician who chooses to place their own personal vision over the good of the nation is to be celebrated (looking at you, Sen. Joe Manchin). It doesn’t mean that the rough and tumble of internal Democratic politics won’t continue to be both destructive and constructive. But while we’re fighting over how best to save the planet, generate opportunities, ensure equal justice, and secure the future of the nation, we’re all in the same good fight.

The party of people all raising their clenched fists in support of a single leader and a single point of view is always the unhealthy party. The gazelles had one last chance, following Jan. 6, to simply run away. They didn’t. Now the tigers are chowing down. Whether anything will remain at the end beyond just one fat orange tiger is far from clear. What is clear is this: Sucks to be them.