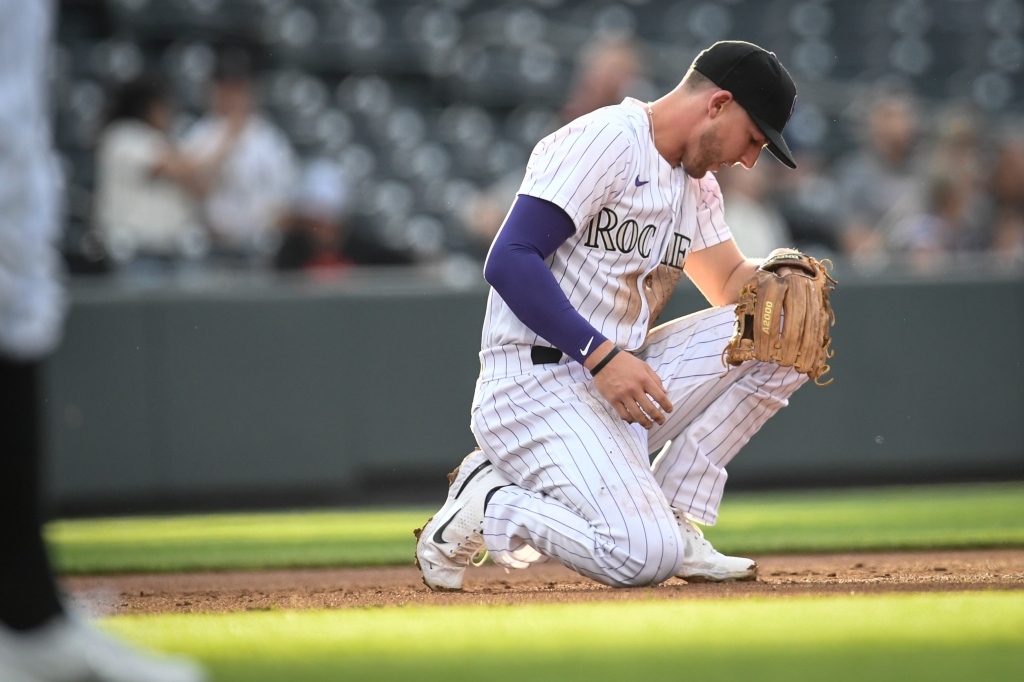 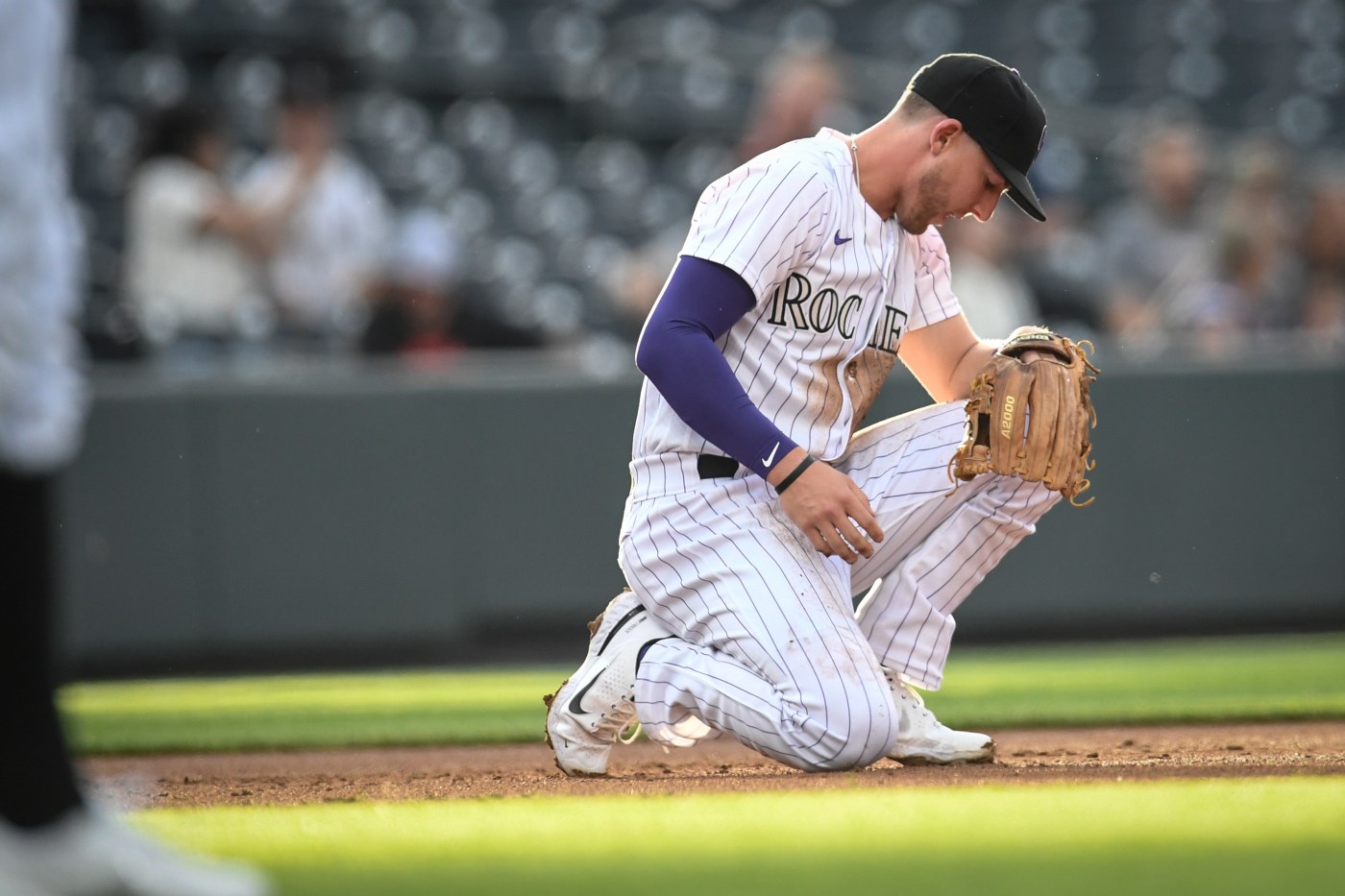 The bad news: The Rockies lost their 11th consecutive game to San Francisco, falling 7-6 on Monday night at Coors Field when Mike Yazstemski launched a two-out, solo homer to right in the ninth inning off closer Daniel Bard.

The could-it-possibly-get-any-worse news: The Rockies lost starter Antonio Senzatela early in the game to a back injury, and for a team with limited starting pitching depth, it could be a big blow.

Monday marked Bard’s second loss in two days. He gave up two runs in the ninth inning in Colorado’s 8-7 loss to Kansas City on Sunday.

The Rockies (16-17) have dropped eight of their last 10 games and are under .500 for the first time since opening day.

Colorado tied the game at 6-all with a two-run seventh on RBI singles by C.J. Cron and Ryan McMahon. For McMahon, it provided a bit of redemption. His error at third base contributed to San Francisco’s two runs in the top of the inning.

McMahon’s leadoff homer in the sixth — his fourth — had tied the game at 4-all. But his mounting errors are disconcerting. He already has eight errors after committing seven all of last season when he was a first-time finalist for a Gold Glove.

Senzatela left the game prior to the third inning because of a strained back. The right-hander, who had blanked the Giants for two innings while striking out three, was warming up when he showed discomfort on the mound. Manager Bud Black and the team trainers quickly came to the mound to check out the right-hander.

Senzatela, who entered the game with a 2-2 record and 4.88 ERA, quickly departed the game and was replaced by left-hander Ty Blach, who gave up a leadoff homer to Curt Casali. Blach then served up a three-run homer to Casali in the fifth to put the Giants ahead, 4-1.

The Rockies’ starting rotation is considered a team strength and the starters’ 14 quality starts were tied for the third-most in the majors entering Monday’s play. However, the Rockies have limited starting pitching depth at the Triple-A level.

If Senzatela is out for an extended period of time, 25-year-old right-hander Ryan Feltner would be the most likely replacement in the rotation.

On balance, Kuhl has been Colorado’s best starter, although the Giants roughed him up at Oracle Park last week, scoring five earned runs in a 7-1 victory. Kuhl walked three and served up a home run but also struck out eight, tying his career-high. In four career starts against San Francisco, the right-hander is 0-1 with a 4.91 ERA, with six home runs, nine walks and 25 strikeouts.

Cobb dominated the Rockies last Wednesday at San Francisco, pitching 5 1/3 innings and giving up just one run on three hits. He struck out six and walked two. Cobb was blasted by the Nationals on May 1 but rebounded with two solid performances, allowing a combined three runs on six hits, with 14 strikeouts and three walks over 10 1/3 innings. In two career starts vs. the Rockies, he’s 2-0 with a 3.00 ERA. In his lone start at Coors Field, Cobb pitched 6 2/3 innings and picked up the win, despite giving up eight hits, including three homers.

Trending: Entering Monday night’s game against the Giants, Colorado starters had recorded 14 quality starts, tied for the third-most in the majors.

At issue: Charlie Blackmon has been struggling with his average. The veteran right fielder and part-time designated hitter entered Monday’s game hitting .167 (11-for-66), with three doubles, three home runs and seven RBIs over his last 16 games.