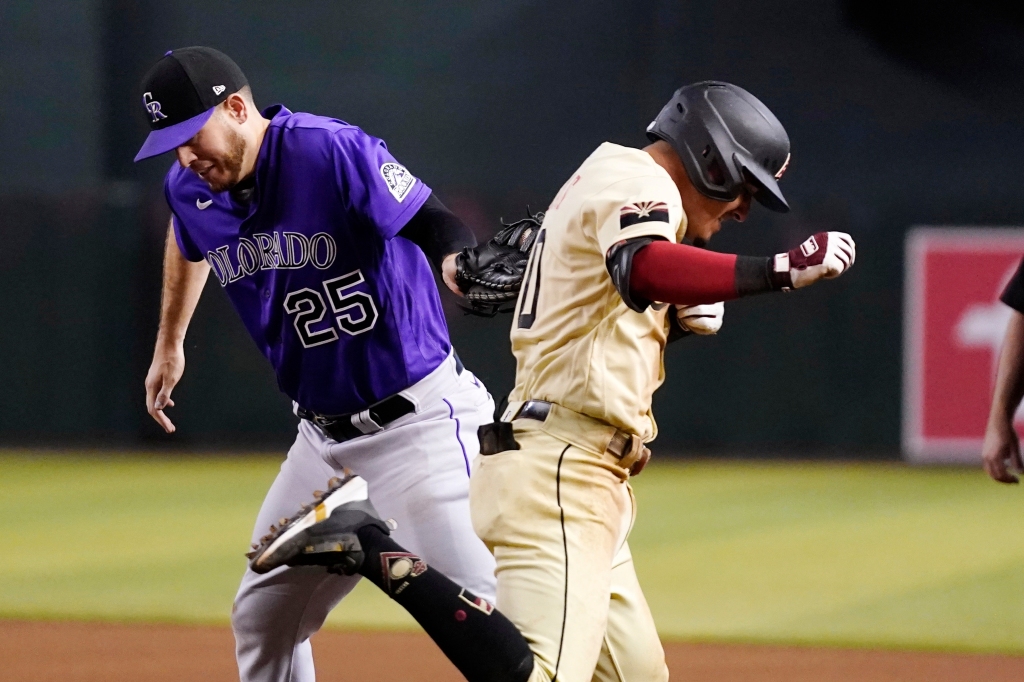 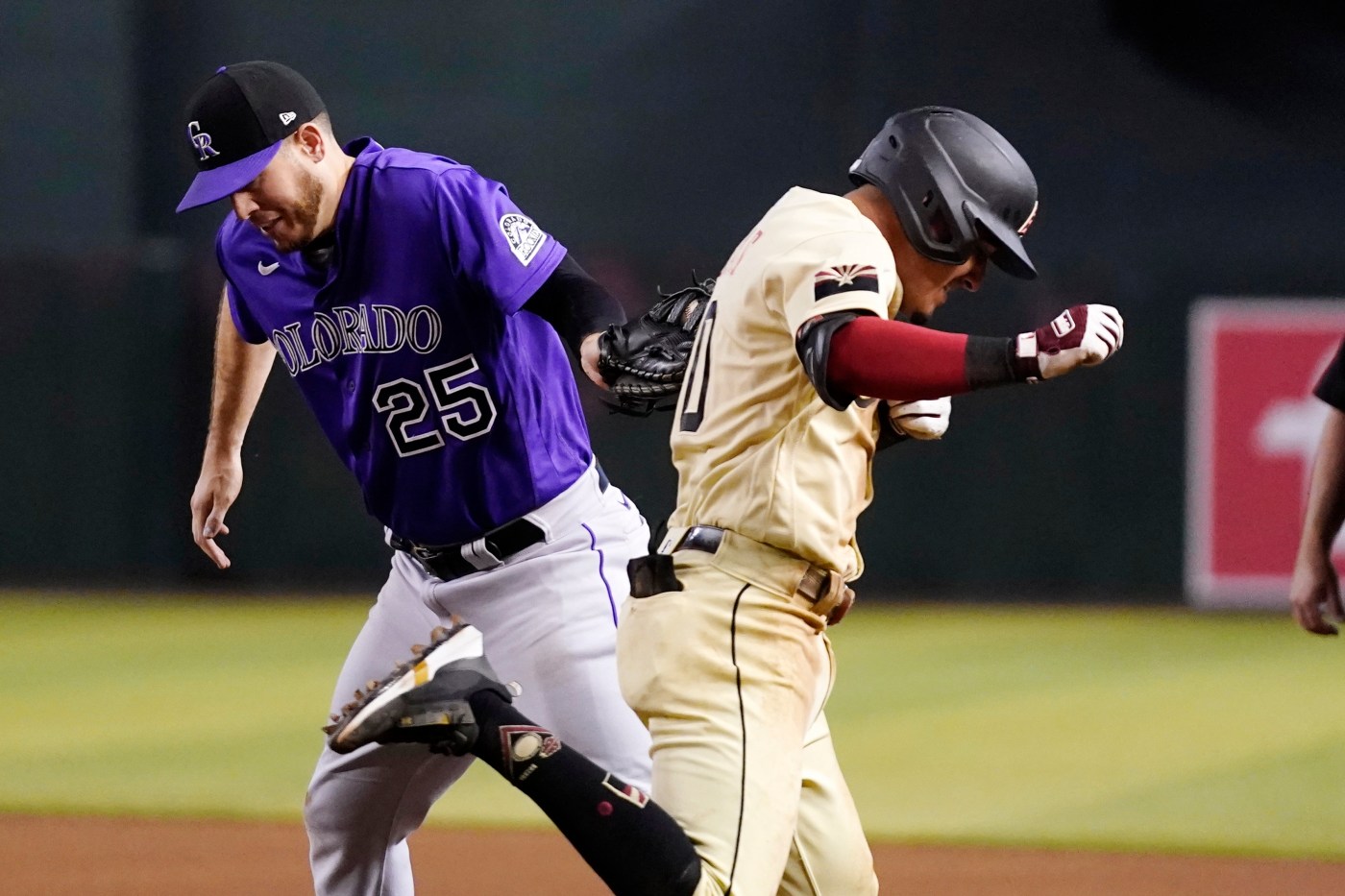 Two key Rockies exited Friday’s game against Arizona in the span of two innings, leaving Colorado without its top power bat and its starting shortstop.

First baseman C.J. Cron, who has appeared in all 84 of Colorado’s games this year and leads the team with 20 homers, left in the fifth inning after getting hit on the wrist. Then shortstop Jose Iglesias was forced out the next inning with a head injury after getting hurt in a play at the plate.

Cron was batting in the top of the fifth inning against Diamondbacks right-hander Zach Gallen when he was hit by a fastball that ran inside on an 0-2 count. The first baseman immediately went down to a knee after being plunked and favored his left hand.

The 95-mph pitch caught Cron on the top of his left hand, near his wrist. After being tended to by the trainer, Cron exited the game without walking to first base. Connor Joe replaced Cron, a 32-year-old journeyman who is having an all-star-caliber season.

The drama then extended into the bottom of the fifth inning, when with two outs, Rockies starter Chad Kuhl threw a first-pitch fastball behind Daulton Varsho, which drew the ire of Arizona manager Torey Lovullo and a warning for Kuhl from the umpires.

Colorado manager Bud Black then stormed out of the visitors’ dugout, incensed at the warning and swearing at Lovullo and the Arizona dugout. The game was briefly delayed, before Kuhl struck out Varsho to end the frame with the score tied 4-4.

The Rockies’ injury woes continued into the sixth inning, when Colorado re-took the lead, 5-4, on a play at the plate in which Iglesias was hurt. Diamondbacks catcher Jose Herrera’s hip collided with Iglesias’ head as he slid into home.

Herrera also had his knee tended to after the play but stayed in the game. Iglesias, meanwhile, was looked at by trainers before walking to the dugout with assistance. Garrett Hampson replaced Iglesias at shortstop.

After Iglesias’ departure, the X-rays on Cron’s wrist came back negative. He was diagnosed with a left wrist contusion. After the game, Black said he doesn’t anticipate an injured list stint for either player.