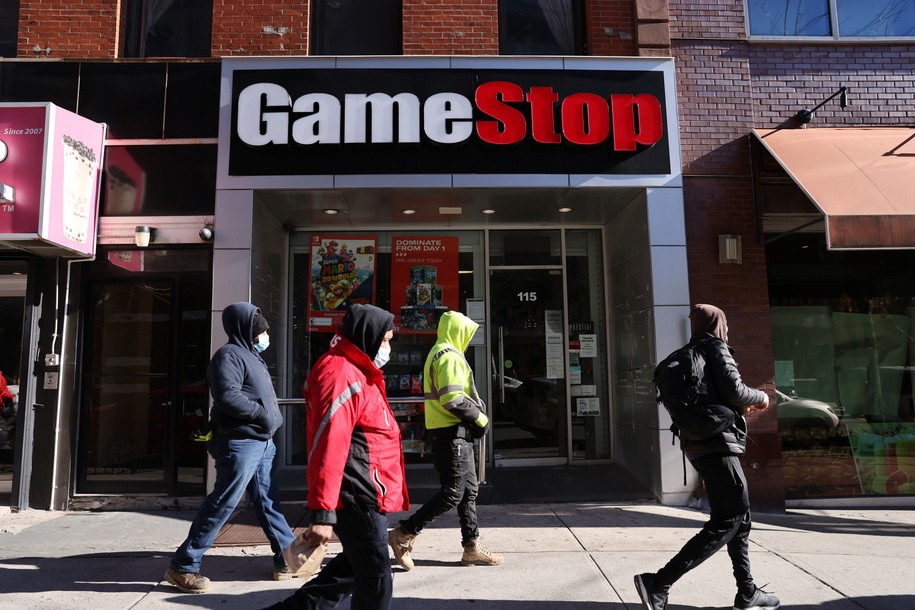 “We continuously monitor the markets and make changes where necessary,” the day-trading app wrote in a blog post. “In light of recent volatility, we are restricting transactions for certain securities to position closing only.”

According to the Daily Beast, Robinhood describes itself as “democratizing finance for all,” allowing users to buy and sell stocks without a commission fee. A spokesperson declined to comment on the lawsuit on Thursday. The lawsuit seeks reinstatement of GameStop (GME) trading to the platform, a class action fee for plaintiffs, attorney’s fees, and punitive damages.

“Robinhood appears to be up to the same old tricks, recruiting social media influencers to encourage individuals to sign up and fund a Robinhood account and beginning purchasing shares of securities such as GameStop and AMC, with no consideration as to the suitability of the purchases,” Chapman Albin attorney Philip Vujanov said in the statement. Chapman is representing individuals suffering losses as a result of investing in GameStop and AMC.

While other trading platforms like Charles Schwab and TD Ameritrade also restricted trading of popular shares, Robinhood’s move on Thursday garnered quick backlash, with Twitter users dragging the app and its action in favor of the rich. By restricting the number of shares individuals can buy, the app was favoring “market manipulation,” which disables people from buying fair shares.

Within an hour of the announcement, Robinhood saw about 100,000 one-star reviews in app stores, The Hill reported.

The stock market is not in turmoil – billionaire hedge funds are in turmoil.

Two different things. Its a shame regulators, brokerage firms and media continue to provide cover for folks that go to work on helicopters from the Hamptons and say its for folks that take the subway.

Prior to the announcement of a class-action lawsuit being filed, lawmakers such as Rep. Alexandria Ocasio-Cortez also tweeted about the unjust actions apps like Robinhood were making and noted she would support a lawsuit.

“We now need to know more about @RobinhoodApp’s decision to block retail investors from purchasing stock while hedge funds are freely able to trade the stock as they see fit,” Ocasio-Cortez said.

We now need to know more about @RobinhoodApp’s decision to block retail investors from purchasing stock while hedge funds are freely able to trade the stock as they see fit.

As a member of the Financial Services Cmte, I’d support a hearing if necessary. https://t.co/4Qyrolgzyt

Democratic lawmakers weren’t the only ones to criticize the app. Surprisingly, some GOP officials like Ted Cruz also supported the cause.

Other lawsuits are in the works, including a second suit that was filed later Thursday in Illinois addressing stocks like Blackberry, Nokia, and AMC. The attorney representing plaintiffs in the first class-action suit, Alexander Cabeceiras, told CNBC News that “hundreds of individuals” are “reaching out to be added to this suit.”

MGK Flipped Off, Booed At Louder Than Life Festival