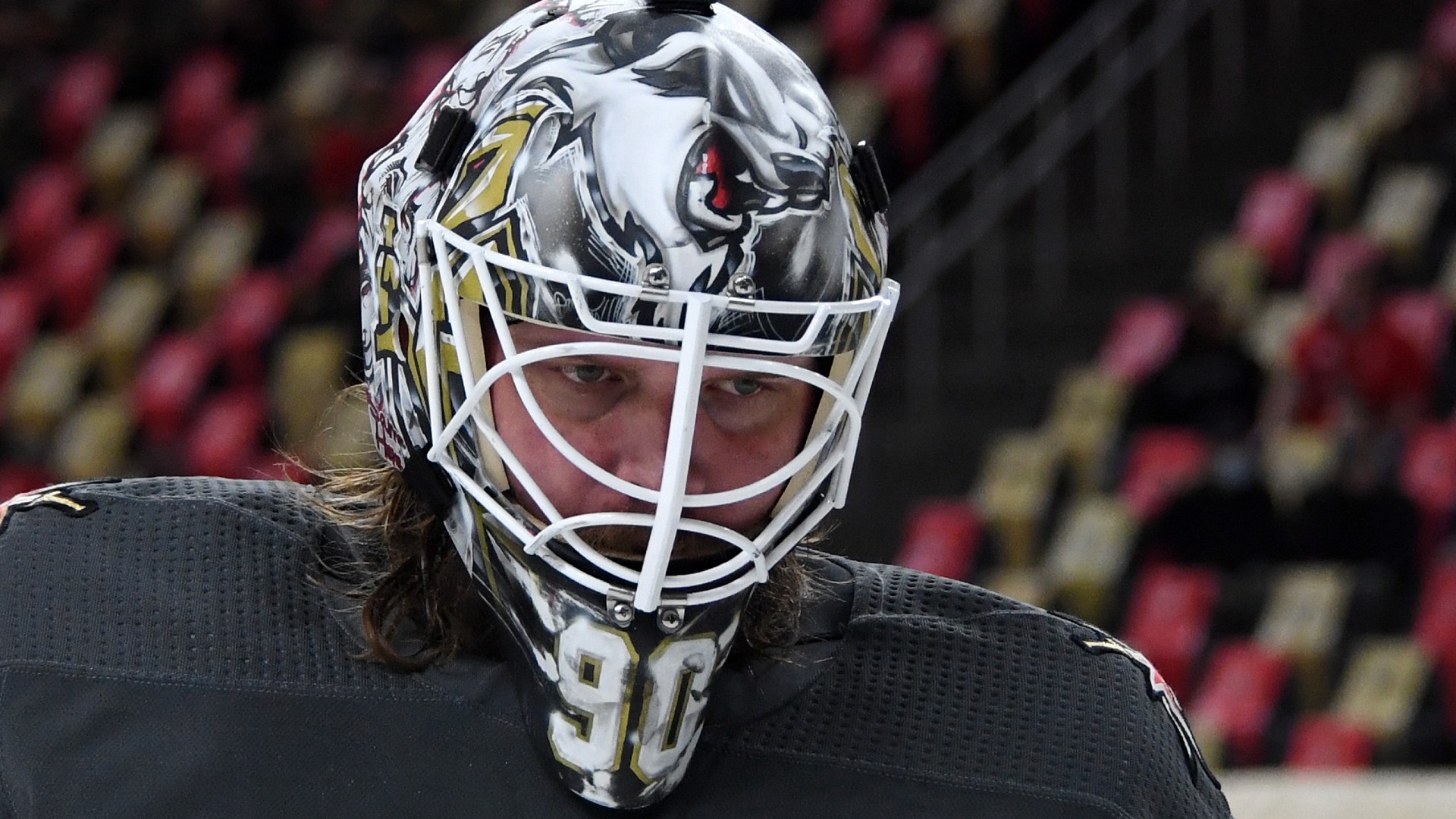 Golden Knights goaltender Robin Lehner on Wednesday slammed the NHL for its handling of players who have received COVID-19 vaccines.

Speaking to the media on Zoom during the team’s morning skate availability, Lehner said Vegas players were told in March that if a certain number were vaccinated, then the NHL’s COVID-19 restrictions would be eased. He also revealed that in calls Tuesday with the NHL and NHL Players’ Association, the league said restrictions would not be changed until all teams are vaccinated “so it’s not a competitive edge.”

“They’re talking about competitive edge instead of human lives,” he said, using his hands to stress the two sides. “Competitive edge. Human lives. We’re humans, too.”

Lehner has been open about his mental health struggles and has become an advocate. In the latter stages of the 2017-18 season, he was diagnosed as being bipolar and having both attention deficit hyperactivity disorder and post-traumatic stress disorder and trauma. After signing his new contract  in the 2020 offseason with the Golden Knights, Lehner tweeted a thread in which he talked about his anxiety, how he takes medicine and sees a psychiatrist.

“There’s a twofold problem for me here. The first one is we get promised something to take something that not necessarily everyone wanted it. So that was a lie. Blatant lie,” he said during a more than 10-minute statement in which he said that the players’ situation was like being “trapped in a prison.”

“Second, to put competitive edge over human lives in terms of going back. And I’m not saying we’re going out to a party or whatnot, but we had a meeting when the season started at the beginning of [training] camp that pretty much told us, ‘Can’t go outside of our house. Can’t do anything. Can’t go to the grocery store. Can’t do nothing on the road.’ You can take a meal at the meal room, go up sit in your room, don’t be with your teammates. Don’t do this, don’t do that.”

In February when multiple teams were shut down because of multiple players being in the COVID protocol, the NHL released updated measures. Included in the memo were further restrictions on players and anyone in the team’s traveling party, such as only being able to leave their homes for practice, games, exercise outdoors on an individual basis and essential activities (i.e. doctor appointments), or to deal with family or other emergencies and other extraordinary circumstances.

“After our second vaccination, 10 days after, we were going to start enjoying life again,” Lehner said. “Because people don’t really know. We’ve been in total isolation . . . and to be promised something’s going to change to take a vaccine where some people, some players were on the verge of even [not] taking it. I was one of them that I wasn’t sure, but I took it for my mental health. And when we did it, now they change. Now they said it’s not happening. I think that’s wrong.”

According to Lehner, the NHL told the team that restrictions would be eased if a certain number of players were vaccinated, similar to an agreement reached in the NBA. Last month, the NBA announced it was relaxing rules for vaccinated individuals, including fewer tests and the ability to dine at restaurants. MLB has also implemented looser restrictions for teams that hit 85 percent of the organization being vaccinated. Just over a week ago, the NFL announced that it was expecting to relax protocols for vaccinated individuals in the coming season.

“No one thinks about the mental impact,” Lehner continued. “I listened to the interview [Canucks forward J.T.] Miller had the other day and [how brave] he was. And everyone picked up on COVID and how that impacted them. It was dangerous and all those types of things. But how many people zoned in on when he talked that he’s been struggling mentally about this stuff?”

After his media availability, Lehner turned to Twitter to clarify his message:

To put competitive edge before well being of people lives is wrong. As I said people are struggling with many different things mentally and we need to consider that as well. Then being lied to makes it worse. I love hockey and the league has done a lot of good things.

I hope we can all work together to help people that suffers trough mental help from this going forward. I’ve heard how a lot of people are doing trough this as people talk to me about it.

ESPN’s Emily Kaplan reported that the NHL denied making any promises to the players. “It’s been a matter that’s been raised and discussed as between us and the NHLPA, but no decision to modify has ever been made nor communicated to anyone,” deputy commissioner Bill Daly told ESPN.

The Associated Press’ Stephen Whyno also confirmed through an NHL spokesperson, “Nobody from the league has communicated to any player or club that any of our COVID protocols would be ‘relaxed’ for any player once he is vaccinated.”