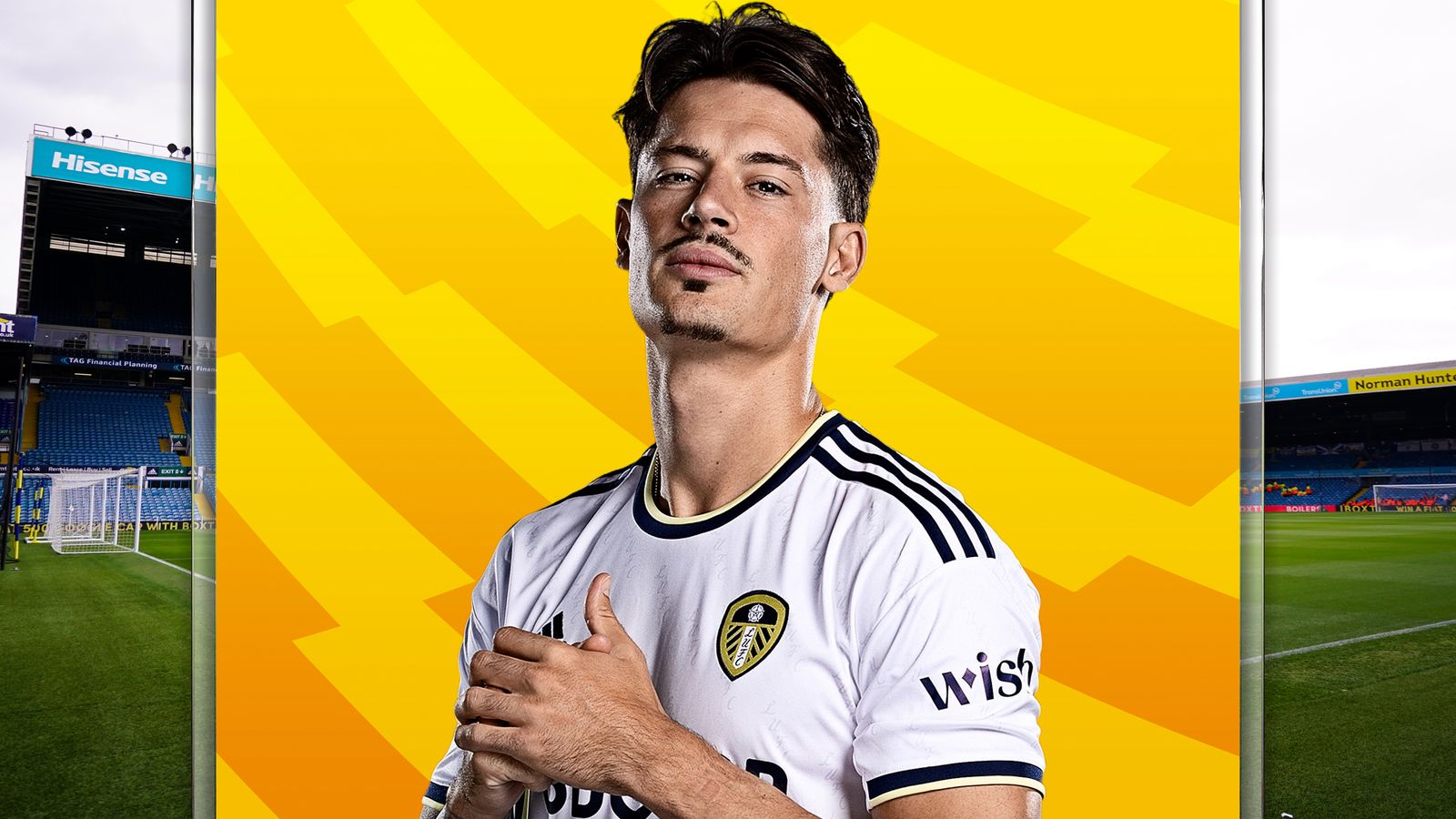 It is not always easy moving to a new city, let alone a new country, but especially during a global pandemic that saw most of the world locked down. But in August 2020, Leeds defender Robin Koch did just that.

The centre-back was signed as a replacement for then-Brighton loanee Ben White ahead of Leeds’ return to the Premier League, but has not always found England’s top flight easy.

After a debut he would likely rather forget against Liverpool at the start of the 2020/21 season, injuries to himself and the squad overall has seen his playing time restricted, or played out of position to cover other areas over the last two seasons.

But despite some difficult moments, 26-year-old Koch has never felt anything but welcome in Leeds.

“I felt quite good here from the beginning,” he said ahead of Sunday’s Premier League game against Aston Villa, live on Sky Sports.

“Even with Covid, it wasn’t the easiest time to move to a new city and a new country, but the team made it so easy for me and welcomed me from day one.

“After Covid got better, the shops opened and people went more into the city, I walked around and had a connection to Leeds supporters and felt how special the club is to the city. Everyone knows Leeds United and everyone knows who you are.

“They are so fanatic with the club and it’s nice to be here and it’s a nice relationship with the fans. When I walk through the city, everyone comes to speak to you, wishes you all the best and are always positive, even in the hard situations like last year.

“This makes it so special and I really enjoy it, on the pitch with the boys and living here.”

Now, his ease in Leeds has translated onto the pitch with the defender finally flourishing after two years at Elland Road. Koch has played every minute in the Premier League this season and was named as Leeds captain in a 5-2 defeat to Brentford at the start of September.

FREE TO WATCH: Highlights from Brentford’s win against Leeds in the Premier League

It is a role he was chosen for by his own team-mates. They nominated him to take the armband in the absence of other senior players. Patrick Bamford and Rodrigo have preceded Koch as captain already this season, with club captain Liam Cooper and vice-captain Luke Ayling sidelined.

He reflected: “It was very special for me because I want to go forward and be an important part for the team. To get the feedback from the team and the coach to be captain for Leeds United is very special.

“I knew [he would be captain] because in pre-season, sometimes I was captain and the team said if someone is injured from our captains, then it’s me. This feels quite special because you get the trust from the team-mates and the coach as well.

“I want to be a leader for this team, even without the captain role, but obviously it’s nice feedback from them.

“It’s nice to feel fit and to play my best, that then brings good performances in these games. This is what I want for myself and with the last two years with injuries, it wasn’t the easiest time for me so now it feels even better to be fully fit and to give good performances.

“It’s part of football that you have injuries sometimes. It’s not the easiest or the best time for a footballer, but when you get through it, come out of the injury and show good performances and feel good, then you appreciate even more being able to play and being back with the team.

“I think you come back stronger after every hard time, so after injures, even mentally you are stronger.”

Koch is demonstrating his leadership qualities off the pitch too. He is regularly involved with community projects in Leeds, mostly involving children and young people as he looks to inspire the next generation.

“I enjoy it a lot,” he said. “I did the same in Germany and when I came here, I said I wanted to do something similar and we figured something out. Even with Covid, it wasn’t too easy but now it is easier.

“For me, it’s partly to give something back for the community and also personally, it’s so great to see how happy the kids are just with you showing up there.

“You sometimes bring some presents with you, but you bring your time for them and speak to them, especially kids with not the easiest life and how much energy you can give them, you see how they progress and it’s nice to see.”

Koch will be hoping to bring a touch of that inspiration to Sunday’s Premier League head-to-head with Aston Villa, live on Sky Sports.

It comes nearly a month after their defeat at Brentford, with the death of Queen Elizabeth II seeing two of Leeds’ games postponed before the international break.

“After one month, we are happy to play finally again.” Koch said. “We had a bit of time to regenerate, get rid of some small injuries. Now, the most important thing is to focus on the next game.

“We had time to train a lot, we used this time well, even with friendly games. Some players went for the national team and now we’re back on Friday with all the team then we go straight into the game

“We really looking forward to this game, obviously there are no easy games in the Premier League and we know this.

“But we prepared ourselves for the weekend now, even if it’s a bit different with a one-month break without a game, but we feel ready and are going for a win in this game.

Robin Koch was included in Germany’s Euro 2020 squad last summer, and when asked if he is targeting a spot in Hansi Flick’s World Cup squad for Qatar, he replied: “Of course.

“There’s still a bit of time to get back into the squad and for me, it’s bringing the performances like the beginning of the season, just keep going like this and see what I can do. It’s then up to the national team coach.”

“When you go through the [Aston Villa] line-up, you see the quality, especially in the offence. We know about their players and their qualities and it’s a good challenge. For me personally and for the team, it’s nice to match with the best players and this is the Premier League, so we’re looking forward to it.”

The unexpected break has also given Leeds the time to continue their work under Jesse Marsch as they adapt to new tactics and ways of playing – namely a more zonal-pressing style under the American rather than the man-to-man approach favoured by his predecessor, Marcelo Bielsa.

Reflecting on the work, Koch said: “It’s a process. He came in last year in difficult circumstances and now we have a full pre-season with him and worked on a lot of things.

“I think it showed in the first games that we know the style, we are playing with him and it worked quite well. Obviously we have to put more work in, get even better in some parts and this is the goal.”

With Leeds’ last Premier League win coming against Chelsea at the end of August, Koch and his side will be hoping the extra work over the last month will guide them to three points against Aston Villa this weekend.