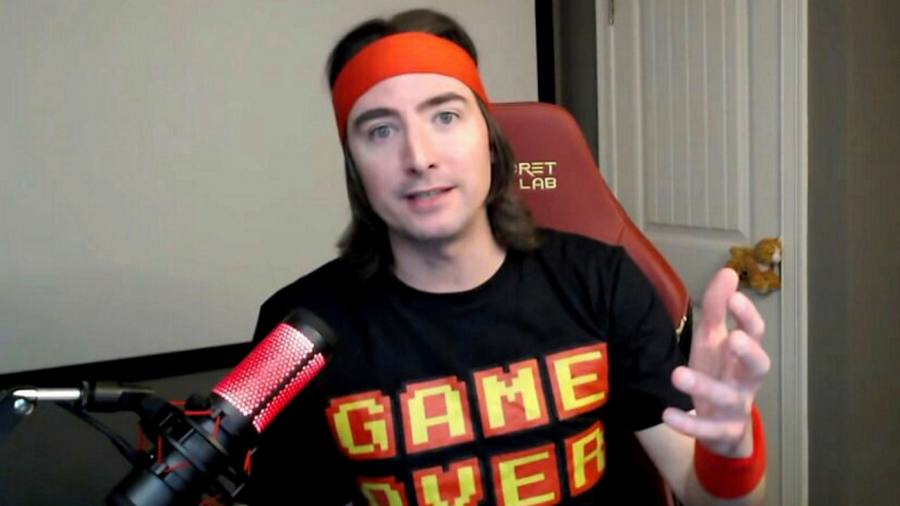 The day trader at the centre of the short squeeze on GameStop stock urged a House committee to investigate “potentially manipulative shorting practices” on Wall Street, ahead of a hearing in which he will appear alongside the hedge fund manager who lost billions on the other side of the bet.

Keith Gill defended his investment in the video games retailer and demanded clearer answers on why GameStop share purchases were restricted by online brokerages at the height of the trading frenzy, according to prepared testimony published by the financial services committee of the House of Representatives. He also sought answers on why GameStop came to be so heavily shorted by hedge funds.

The remarks lay the groundwork for a high-stakes hearing, as policymakers attempt to make sense of an upsurge of retail investor trading and respond to the outrage generated by the trading curbs last month.

“I’ve had a bit of experience and even I barely understand these matters,” Gill said. “It’s alarming how little we know about the inner-workings of the market.”

Gill, whose personas include DeepFuckingValue on the Reddit message board WallStreetBets and Roaring Kitty on YouTube, will testify at the virtual hearing on Thursday with Gabe Plotkin, the founder of Melvin Capital, which lost half its value as GameStop shares surged. The hearing is titled “Game Stopped? Who Wins and Loses When Short Sellers, Social Media, and Retail Investors Collide”.

What we experienced last month was extraordinary, and the trading limits we put in place on GameStop and other stocks were necessary

Also appearing will be Ken Griffin, whose market making group Citadel Securities has been a beneficiary of the retail investor boom and whose hedge fund Citadel provided $2bn to Melvin Capital after its losses; Vlad Tenev, the founder of the trading app Robinhood; Steve Huffman, Reddit chief executive; and Jennifer Schulp, director of financial regulation studies at the Cato Institute.

Photos of Gill’s trading gains posted to Reddit became a rallying cry for some traders as GameStop shares surged in January, but he told the committee he had not been trying to pump the share price or bring down the hedge funds that had bet against the retailer.

He bought GameStop because he believed its shares were “dramatically undervalued” and that talk of the company’s “impending doom was simply wrong”, he said.

He noted that his online reach last year was mostly limited to a small community of market enthusiasts. Last December his YouTube channel had just 529 subscribers. At the same time, he counted 550 followers on Twitter.

Gill said that he had turned to social media sites like Reddit to “identify holes in my analysis”.

“The idea that I used social media to promote GameStop stock to unwitting investors is preposterous,” he said. “Hedge funds and other Wall Street firms have teams of analysts working together to compile research and critique investment ideas, while individual investors have not had that advantage.”

Huffman defended the day trader community that has been using its site to communicate. “A few weeks ago, we saw the power of community in general and of this community in particular when the traders of WallStreetBets banded together at first to seize an investment opportunity not usually accessible to retail investors, but later more broadly to defend all retail investors against the criticism of the financial establishment,” he wrote in prepared testimony seen by the Financial Times.

Plotkin’s own prepared remarks said he had been “humbled by these unprecedented events”. He provided little detail on how his company had structured its bet against GameStop, but revealed that Melvin had been shorting the group since the fund’s inception in 2016.

“We believed and still believe that its business model — selling new and used video games in physical stores — is being overtaken by digital downloads through the internet,” he said.

Plotkin said he had received seen anti-Semitic Reddit posts and received racist text messages as Melvin’s short position became a focus of discussion. He said his company “had played no part” in Robinhood’s decision to limit trading on GameStop on January 28, at which point the stock peaked and began tumbling. He said the fund had exited its GameStop at a loss before then.

Tenev also sought to dispel online conspiracy theories, saying it had not come to the aid of hedge funds but was instead working to shore up its own finances when it restricted trading in GameStop and other so-called meme stocks.

“Any allegation that Robinhood acted to help hedge funds or other special interests to the detriment of our customers is absolutely false and market-distorting rhetoric,” Tenev said in his prepared testimony. “What we experienced last month was extraordinary, and the trading limits we put in place on GameStop and other stocks were necessary.”

Tenev said demands for extra collateral from its equities clearinghouse exceeded the capital it had on hand for regulatory purposes, leading to the National Securities Clearing Corporation demanding a total of about $3bn in additional cash. The NSCC later lowered the requirement to about $700m after Robinhood imposed its trading curbs.

According to the testimony, Robinhood’s decision to raise $3.4bn in additional capital from investors came after it had satisfied the NSCC’s requirements.

US retailers compete to entice workers in face of labour shortage

DeFi: Who, what and how to regulate in a borderless, code-governed world? By Cointelegraph