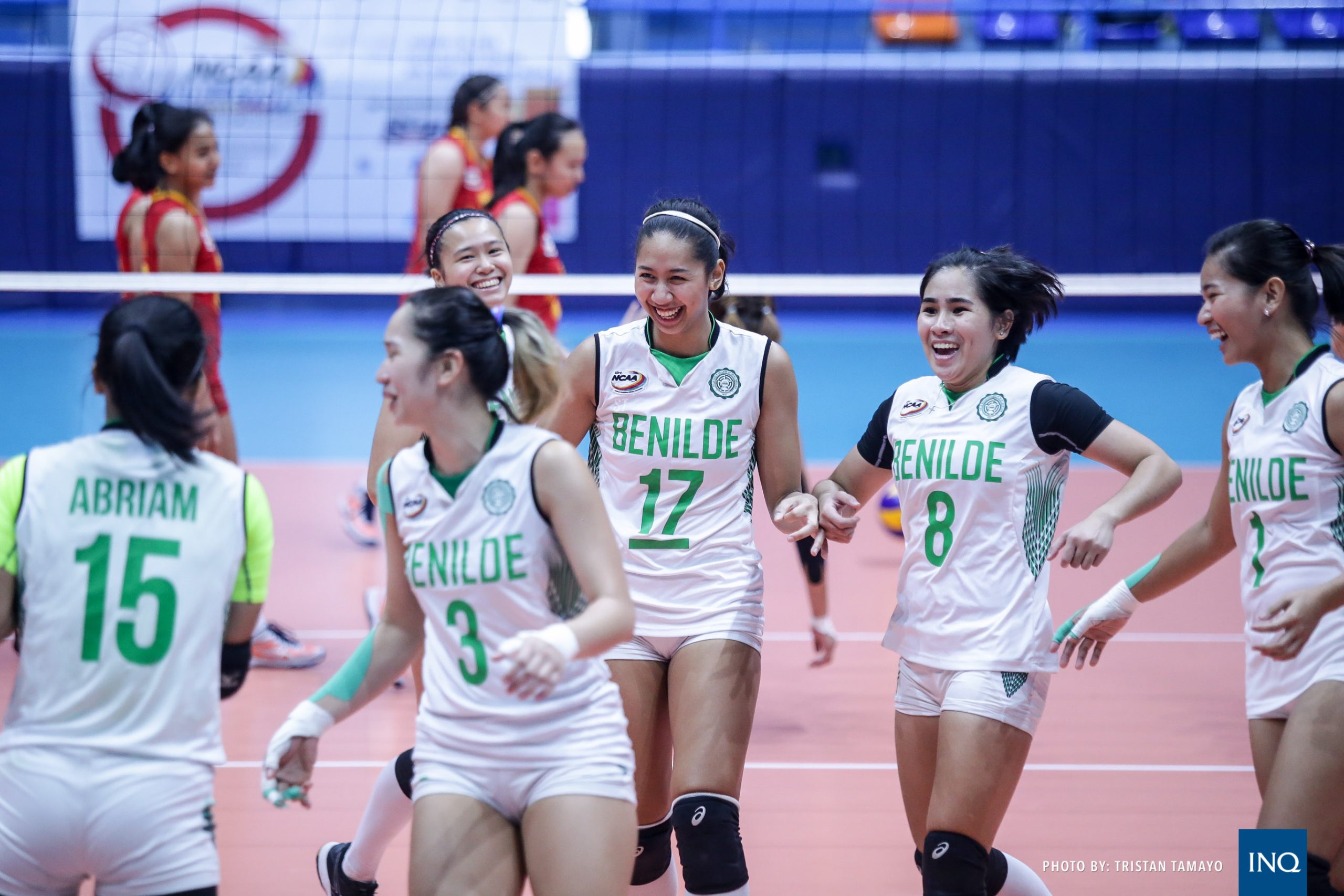 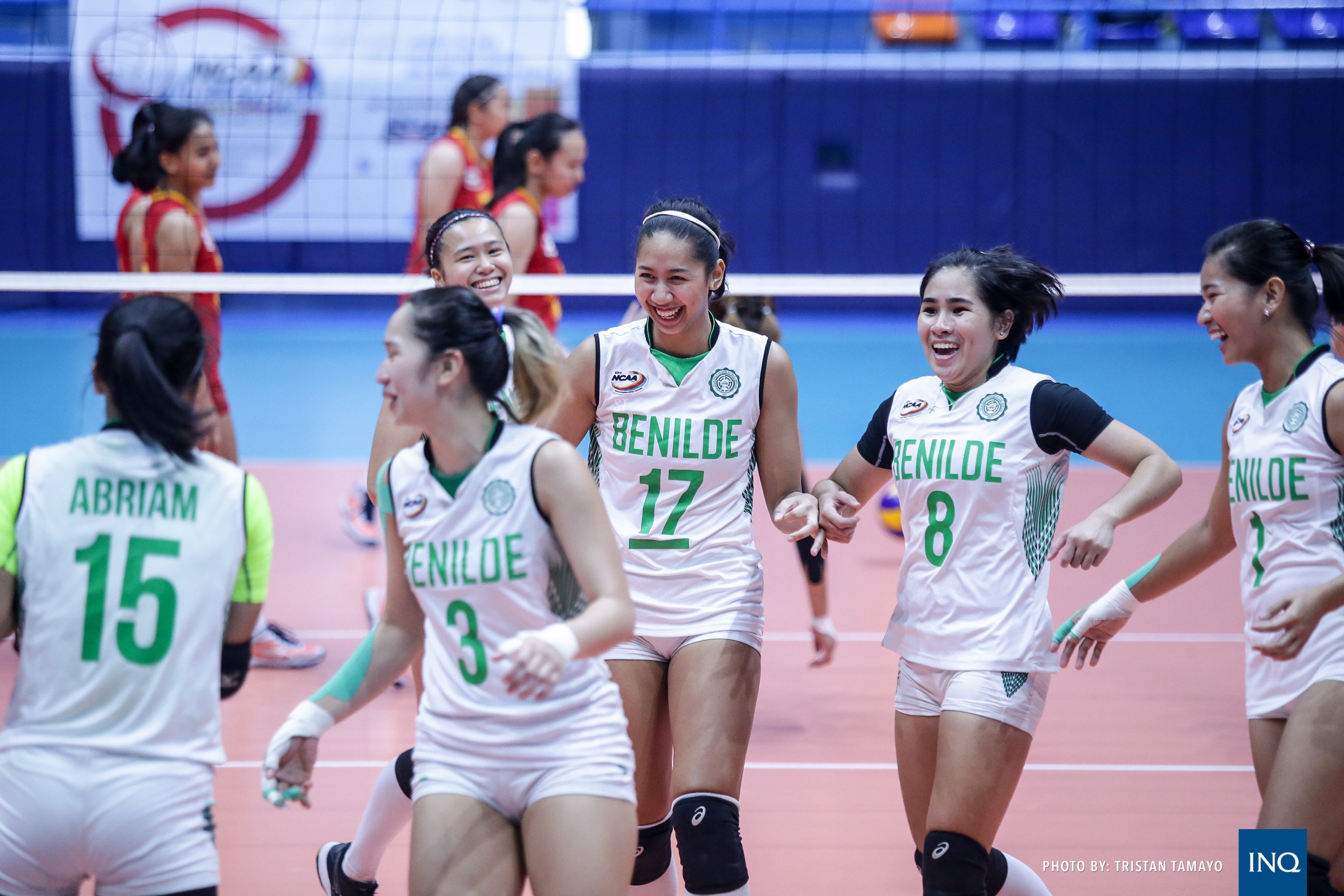 The top opposite hitter said the Lady Blazers strictly adhere to their routine and the results have been showing—St. Benilde notched its fourth straight victory to open its season after thrashing the Emilio Aguinaldo Lady Generals, 25-16, 25-16, 25-16, on Friday.

“We practice twice a day, we do intervals, jogging and weights to build our fitness and there’s also a diet meal plan for some players,” said Gamit, who unloaded 11 points for the Lady Blazers.

In a display of depth in their offense, the Lady Blazers drew 17 points from Jade Gentapa and 16 from Jhasmin Gayle Pascual.

“We try not to be complacent despite our record and perform according to our training regardless of [who] our opponent [is],” Gamit said in Filipino.

Never letting up one bit, the Lady Blazers dropped 50 attack points (against the opponents’ 28) on the Lady Generals, who suffered their fourth defeat in as many games.

St. Benilde also committed fewer errors, 12-19, in the match where the outcome was never in doubt—Lady Blazers coach Jerry Yee never even felt the need to burn a timeout during the game.

The middle blocker scored eight of her points on kill-blocks, which allowed the Lady Cardinals to keep the Lady Altas at bay for their third win in four matches.

The Lady Altas failed to sustain the momentum of their first set win in the lopsided fourth period. They raced from 6-10 to 10-all through Hannah Suico in the final set.

But there was no stopping Mapua, which made a counter-rally highlighted with Ong’s tip-in off an over-received ball to deal Perpetual its second defeat in four matches.