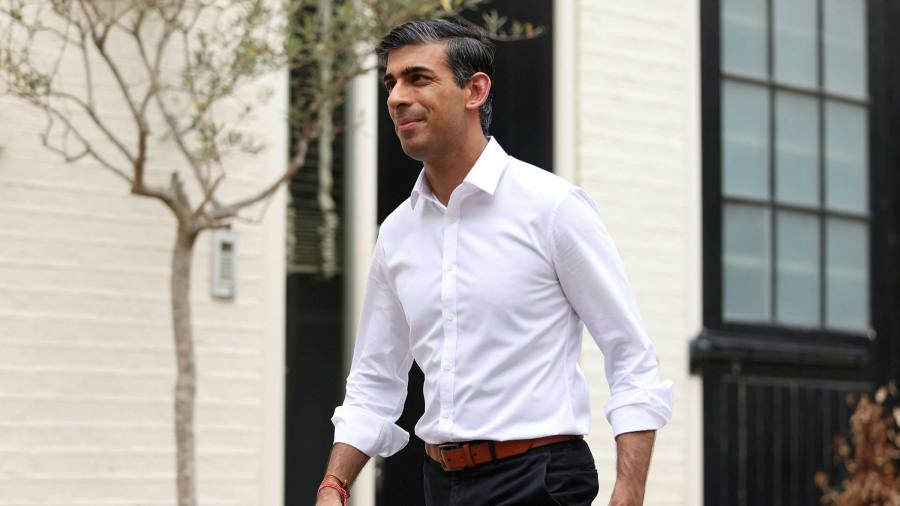 This article is an online version of our Inside Politics newsletter. Sign up here to get the newsletter sent straight to your inbox every weekday.

My first job in journalism was at the Telegraph, acting as an assistant to Ben Brogan, the paper’s chief political commentator.

One thing I remember from that time is the Tory veteran who explained to me that every Conservative leadership election can be boiled down to a simple choice between “the establishment and the crazies”. Every candidate with a fighting chance of winning the leadership race is competing for votes in one of those two contests.

Yes, some of those names are in both lists. The nature of the Conservative party is that some candidates have a better chance, and more routes to victory, than others. But don’t assume that the names in both lists are more likely to succeed than the candidates who are in just one. One reason I am sceptical of both Hunt and Mordaunt’s chances is I think they have a high chance of falling between two stools when push comes to shove. They could be anyone’s candidate, which means they may well be no one’s candidate.

Priti fly for a right guy

The Conservative leadership election is really two contests, not one. The first contest is the race to be the first and second most popular MP among Tory MPs. The second contest is to win over Conservative members.

The first contest is really two unrelated contests: a race to win over the votes of the Conservative establishment, where Sunak is making all the early running, and a race to be the candidate of the right, which is currently wide open.

Sunak has launched his campaign with a slick video and a professional website. He has convinced large numbers of Conservative MPs that he has Rupert Murdoch on-side and as a result many Tory MPs think they are better off backing the former chancellor (I make no judgment as to whether or not Sunak really does have Murdoch on-side. The truth matters a lot less than what Conservative MPs believe).

That is bad news for the other candidates vying for the establishment slot: none of Hunt, Javid, Shapps or Tugendhat have a viable route to this contest’s final round unless some outside event or campaign cock-up disrupts Sunak’s lead.

Now, that is a lot less of a problem for Tugendhat, chair of the foreign affairs committee, than for the other candidates. Like Badenoch on the right, Tugendhat is not really running for the party leadership. He is running to increase his relevance and stature while hoping that he will find a way to break through and win if his competitors in the establishment lane either implode or fall foul of dirty tricks from another campaign. He is doing a very good job of that for a variety of reasons. The biggest consequence of that is that Hunt, who is fishing in a similar pool to Tugendhat, is at risk of a humiliating performance among MPs.

On the right, things are a lot more complicated. The frontrunner in that contest is foreign secretary Truss. But just as Hunt has a Tugendhat problem, she has a Badenoch one. Badenoch has done a very effective job thus far of signalling to Tory MPs that, as well as being on the right on cultural issues, she is also a trustworthy Conservative on economic ones.

Badenoch is doing much better than she has any right to expect given her comparatively slim CV. She has managed to secure a big-name endorsement from Michael Gove. Braverman’s decision to declare early means that much of the party’s right-most flank has fallen in behind her. While Patel has yet to declare her leadership bid, she still has managed to pull in the endorsements of 10 colleagues.

This is all something of a problem for Truss. Every vote gained by Patel, Braverman or Badenoch is a vote from her pile and one that makes her path to the ballot paper harder.

I would still rather be in Truss’s shoes than those of Badenoch, Braverman, Zahawi or Patel, all of whom are competing for votes in that rightwing lane. But there is a real possibility that the foreign secretary will never get out from under the chasing pack and that someone else gets the coveted second slot among the members against Sunak.

One crucial decision that will shape the race is how much support candidates need to get in the first round. FT Whitehall editor Seb Payne has heard from reliable sources that the threshold could be as high as 10 per cent of the parliamentary party: 36 nominations.

If that rule change goes ahead, the Conservative field will narrow very quickly: good news for Truss, and bad news for her rivals on the right.

Now, my view is that as a result of Seb’s scoop, the 1922 committee, which ultimately sets and shapes the Tory rule book, will come under pressure today to lower that threshold to something more manageable than 36, and with it increase the hopes of Truss’s rivals on the right.

If I’m right, the likes of Badenoch and Braverman have a real chance of getting to the final round and competing against Sunak among Tory members. If I’m wrong, it’s hard to see past Sunak and Truss for the final two. But we’ll have a better idea tomorrow, once the rules for the contest are set in stone.

The shooting of Japan’s longest-serving prime minister Shinzo Abe last week reverberated across the globe. Our obituary is here.

I had a very full weekend. On Saturday I attended the wedding anniversary of one of my best friends. Their wedding was a slightly slimmed-down affair thanks to Covid-19 and it was wonderful to be able to celebrate it properly a year on at St John, one of London’s best and most influential restaurants. I tried not to think too hard about Henry Mance’s magisterial piece on the intelligence of pigs while eating bacon and snail canapés.

I appeared on The Andrew Neil Show on Sunday, the last episode of the first series, though the programme will return in the autumn. I’ve really enjoyed appearing on it and learnt an awful lot — both from the guests and my co-panellist Madeline Grant, but also from Neil behind the scenes in the green room.

I also watched Thor: Love and Thunder at the pictures. Not as good as Thor: Ragnarok, one of a handful of Marvel movies that is genuinely good cinema, but still a fun time at the multiplex. (In his Love and Thunder review, Danny Leigh describes Ragnarok as “the film snob’s Marvel movie”, which I think is exactly right, as is the rest of his pitch-perfect piece.)