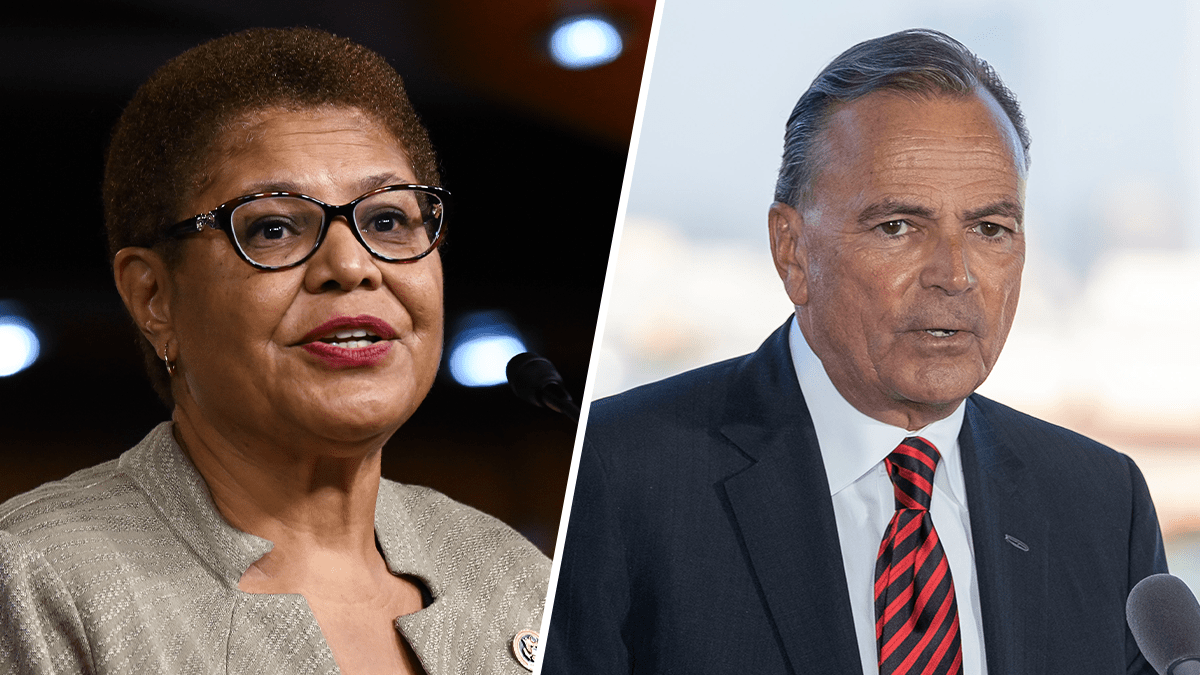 After months of endorsements, interviews and advertisements, the results of the primary race for Los Angeles mayor — one of the marquee races in 2022 — are in.

Billionaire businessman Rick Caruso, with 41% of the vote, and Democratic U.S. Rep. Karen Bass with 38% of the vote, are projected to advance to the runoff election in November.

“I’m thrilled and grateful, grateful to the voters of LA,” he said.

Bass, speaking at the W Hotel in Hollywood at about the same time Caruso was making his remarks, told supporters, “Now we don’t have the final numbers yet, but let me tell you, I have a feeling we’re going to do very well tonight.

“Tonight, we’re seeing the voters make a clear choice. They want leadership that is battle-tested, mission-driven and always fights for L.A.’s values. Tonight the city will see that it’s hard to defeat a people power campaign.”

In the California primary, the top two candidates in each race would continue to a runoff in November, unless one candidate received more than 50% of the vote. That did not happen Tuesday evening.

Kevin De Leon nabbed 7% of the vote. It wasn’t clear yet if he was going to concede and endorse either candidate Tuesday night.

In such a competitive field, with twelve candidates making the cut for the primary ballot and just three dropping out, it seemed likely from the start that there would be a return to the polls in November.

Caruso built a fortune investing in high-end shopping centers and resorts. The Republican-turned-Democrat spent millions of that fortune with TV and online ads focused on two recurring themes during campaign season — crime and homelessness.

He’s also been endorsed by some big names, like Elon Musk, Snoop Dogg, and Gwenyth Paltrow.

Tuesday night, Caruso made what sounded like a victory speech, saying there was “light at the end of the tunnel” for Los Angeles.

She also made what sounded like a victory speech, citing how her diverse family looks like Los Angeles.

The mayor’s race is technically non-partisan.

The race came as current LA Mayor Eric Garcetti has termed out, after first being elected to office in 2013.

Garcetti is waiting for confirmation of his nomination made by President Biden to be the U.S. ambassador to India.