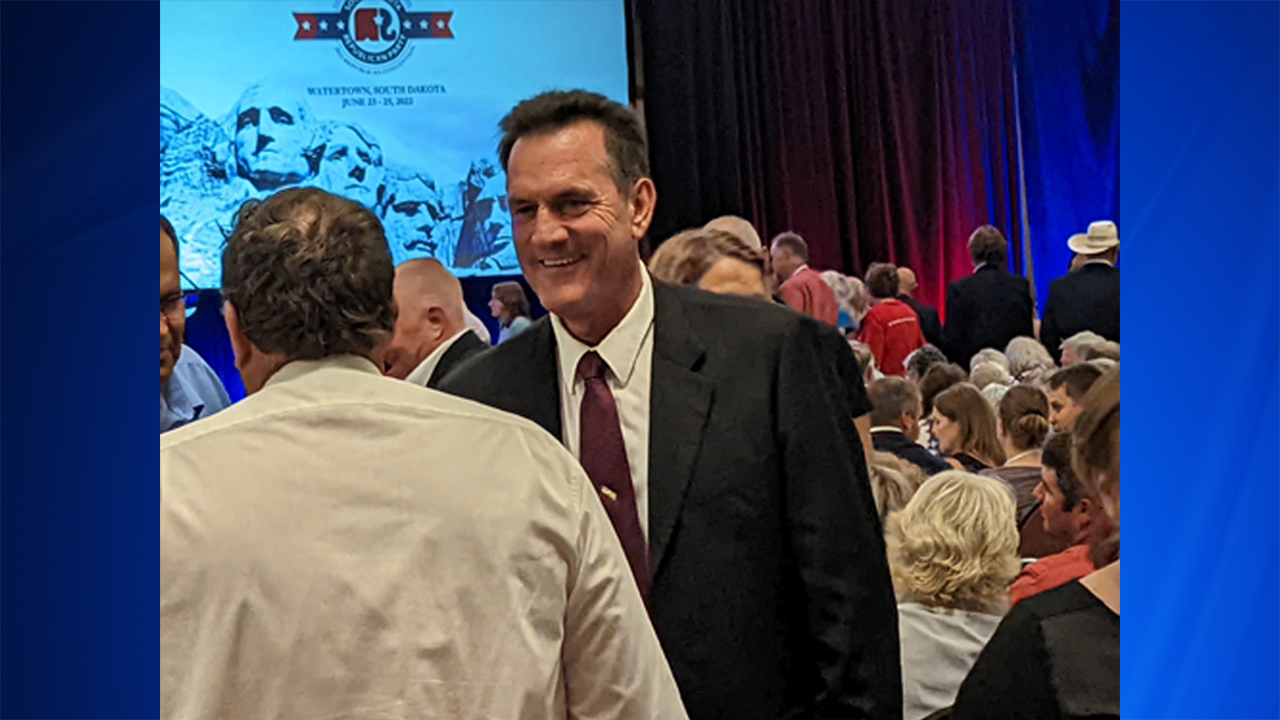 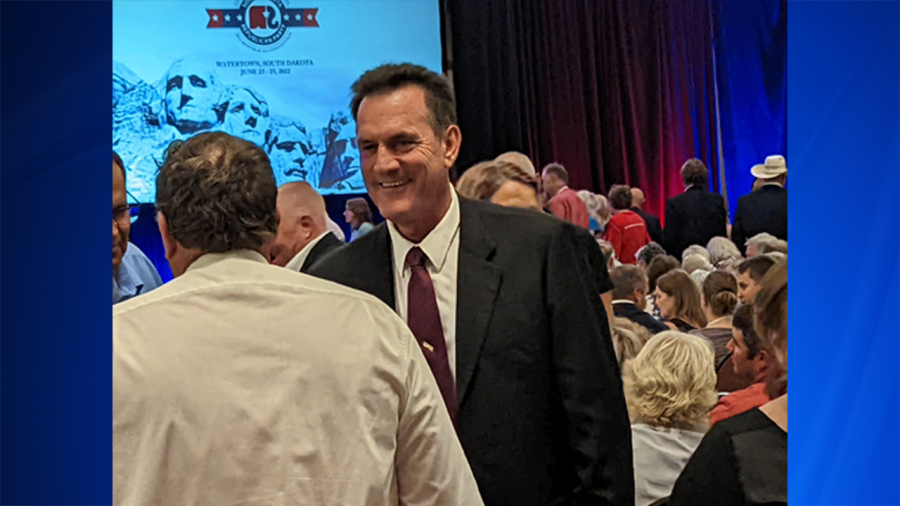 Governor Kristi Noem might have made the difference for Rhoden, who turned aside a challenge from state Representative Steve Haugaard, 56% to 44%. Noem gambled that delegates wouldn’t be able to refuse a direct appeal from her and delivered the first speech nominating Rhoden.

Noem had defeated Haugaard in the Republican primary election for governor three weeks earlier 76% to 24%.

Noem said Rhoden has been fair as the Senate’s president. And she said Rhoden, who was the House Republican leader at the time, taught her a lesson when she came to the Legislature in 2007 and she went after another lawmaker.

“And he came to me, he taught me about the institution, how to have honest debate face to face with a legislator, focus on policy, go apologize, and to go forward to make a better South Dakota,” she said. “Listen, Larry’s a man of integrity. He’s mentored so many leaders in this state that have given us the wonderful state that we have today. I would ask you to support him. I need a partner to continue fighting Joe Biden and this terrible administration that’s trying to wreck our country.”

Jackley, who lost to Noem four years ago in the Republican primary, slipped past David Natvig, the current state Division of Criminal Investigation director, 52.68% to 47.32%.

The attorney general’s office is vacant after the Senate removed Jason Ravnsborg on Tuesday. Noem hasn’t indicated who she will appoint in the interim.

Johnson rode the wave of election integrity to take out Barnett. Of the three contested races, she scored the largest winning margin, beating him 61% to 39%.

State Senator Brock Greenfield of Clark won the nomination for state school and public lands commissioner. Ryan Brunner couldn’t seek election again because of term limits and resigned to accept a position in the Noem administration. Jarrod Johnson, a former commissioner, is serving in the interim.

State Representative Rhonda Milstead of Hartford was one of the delegates who nominated Haugaard.”We don’t need more yes men and women,” Milstead said. “Let’s drop the politics and work for good government.”

The event drew a modern record of 687 delegates, according to the convention chairman, Ried Holien of Watertown. He said the previous mark was 625.