Review: The Shakers, moon walks and fly fishing, this “nature” exhibit covers it all 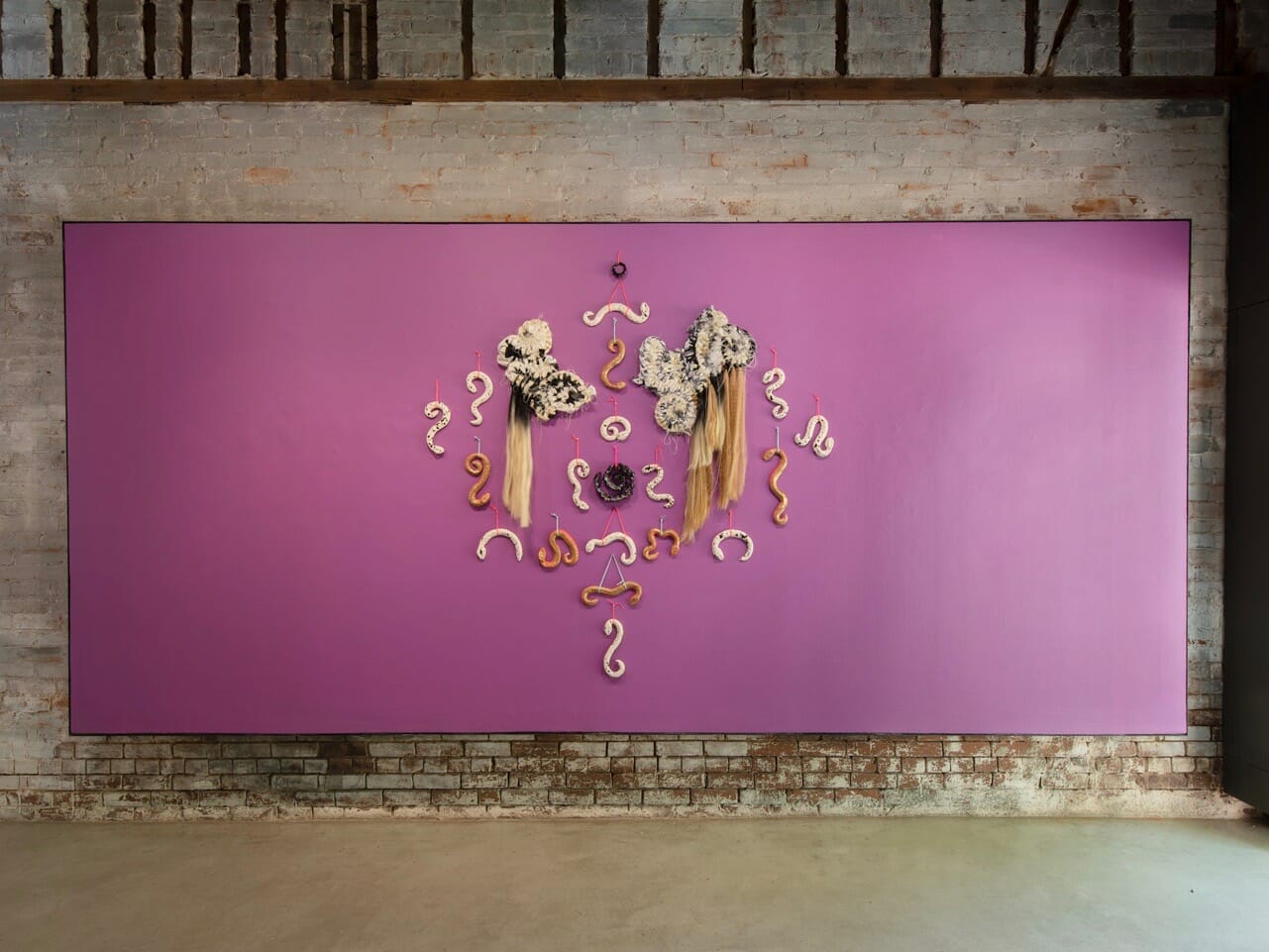 The title of Is it not enough that I smile in the valleys? (at Whitespace, Whitespec, Shedspace and Take It Easy through June 18) comes from an imagined monologue in Henry David Thoreau’s The Maine Woods, in which Mother Nature reminds the unwary visitor that not all the spaces of nature are welcoming to humanity. Take It Easy gallery curators Corey Oberlander, Jamie Steele and Lindsey Stapleton began with the premise that we still romanticize nature, even when we pay little attention to it most of the time except as a grand concept of the Great Outdoors contrasted with the nature we ignore all around us.

The dozen artists they have chosen for this multi-venue exhibition explore the several ways in which our society experiences artificial or engineered versions of nature. Sanitized or mediated landscapes, for example, appear in Vesna Pavlović’s 2017 photo Jardines de Hershey, Jibacoa, Cuba I and Stephanie Dowda DeMer’s 2019-2021 laser etchings from photo negatives, The Future Is Another Transaction and Two Or Less Possibilities. These two artists have very different ways of presenting images of nature transmuted into art.

Nature is transmuted into art in another way in the taxidermy that Constance Thalken has documented in such works as the 2015 archival pigment print Eyes Open Slowly #1.

Another way of neutralizing nature is to incorporate bits of it into thoroughly artificial objects, as the Wretched Flowers collaborative does with their 2022 Mycelium Bondage Vase. The mycelium and dried flowers in a glass vase are wrapped in bondage rope. Amy Brener incorporates flowers and fern leaves into the predominantly silicone 2021 Flexi-Shield Jumpsuit (Rose).

If these are ways of keeping nature under control, Hannah Chalew’s 2021 Pipelandia does so by embedding living plants (which require careful maintenance) in a weirdly composed wall unit. This unit combines metal pipes with various inorganic and semi-organic materials, including paper made from sugarcane combined with shredded plastic waste.

Fly fishing is one of the few occasions when artfully composed objects are an intrinsic part of bending nature to human will. Michi Meko’s elegantly designed fishing lures from 2022 are presented in well-lit wall boxes like the works of art that they are, under the general title Black Deceiver Flies.

Studying the curious components of lures with such titles as UGGABOOGAH! and Deceiver (which combines craft fur, rooster hackle, pheasant tail, peacock breast feathers, and tinsel), the viewer is easily led to read more into these lures than simple devices to lead fish to the hook.

The rest of the exhibition is devoted to the interpretive systems humans place between themselves and nature. While the objects in the gallery are evocative, some outside context is required to catch the full meaning of the stoneware serpents in Zipporah Camille Thompson’s 2022 wall installation crown chakra, or the looping designs that David Onri Anderson paints on raw canvas in the 2020 Untitled (Rainbow Breath) and 2021’s Untitled (Water Protection). All of the symbols appear to derive from Western Hemisphere spiritualities or Asian traditions incorporated into Western Hemisphere religious practices, but the details are elusive.

This is not the case with Maria Molteni’s video in the Whitespec project room. Her Shaker Work-Out, Episodes 1-8 is a hilarious homage to the full physical embodiment of mystical experience in this now nearly extinct religious group, originally called Shakers by their detractors because of their intense, spontaneous dance-like movement during worship. Molteni’s video updates the practice, to the accompaniment of secular pop songs that take on previously unsuspected transcendental meanings. Her book with Allison Halter, Unseen Hours: Space Clearing for Spirit Work, documents their feminist dialogue with the history of female-originated Shaker revelations and the architecture of their communities.

The standalone Shedspace venue contains I wandered lonely as a cloud, an installation of postcards by Sandra Erbacher that rounds out the exhibition’s overall theme by presenting romantic-looking photographs of clouds that are actually the smoke emitted by various types of explosions.

Each image is overprinted with a quotation about clouds of the natural variety, usually a metaphor for a specific shape: “cauliflower heads,” “pillows in the sky,” “a dull gray curtain.” The phrases are equally descriptive for the transient aftermath of moments of human-made horror.

Take It Easy’s gallery space is a number of blocks distant from the Whitespace venues, and is appropriately dedicated to human fantasy’s interaction with nature as it occurs out of this world.

Belleau + Churchill’s 47 Rockets installation is devoted to the moon and moon voyages as objects of imagination. Its aesthetic is uproariously low-tech except for a video feed from a fake lunar surface on one side of the gallery to a screen a few feet away. Pseudo-astronaut paraphernalia include a Lunar Sample Return bag containing a chunk of fake Swiss cheese.

A two-minute video, Launch, presents an updated re-enactment and homage to the would-be space voyager in Ming Dynasty China who reportedly attached 47 rockets to a chair in a failed launch.

Combined with photographs outlining the images of the rabbit in the moon visualized by Chinese traditions and a video explaining how to do Michael Jackson’s moonwalk, the compilation comprises a succinct exploration of the many ways in which the endeavor of human fantasy extends to the heavens when the confines of merely earthly nature are no longer enough.

Dr. Jerry Cullum’s reviews and essays have appeared in Art Papers magazine, Raw Vision, Art in America, ARTnews, International Journal of African-American Art and many other popular and scholarly journals. In 2020 he was awarded the Rabkin Prize for his outstanding contribution to arts journalism.