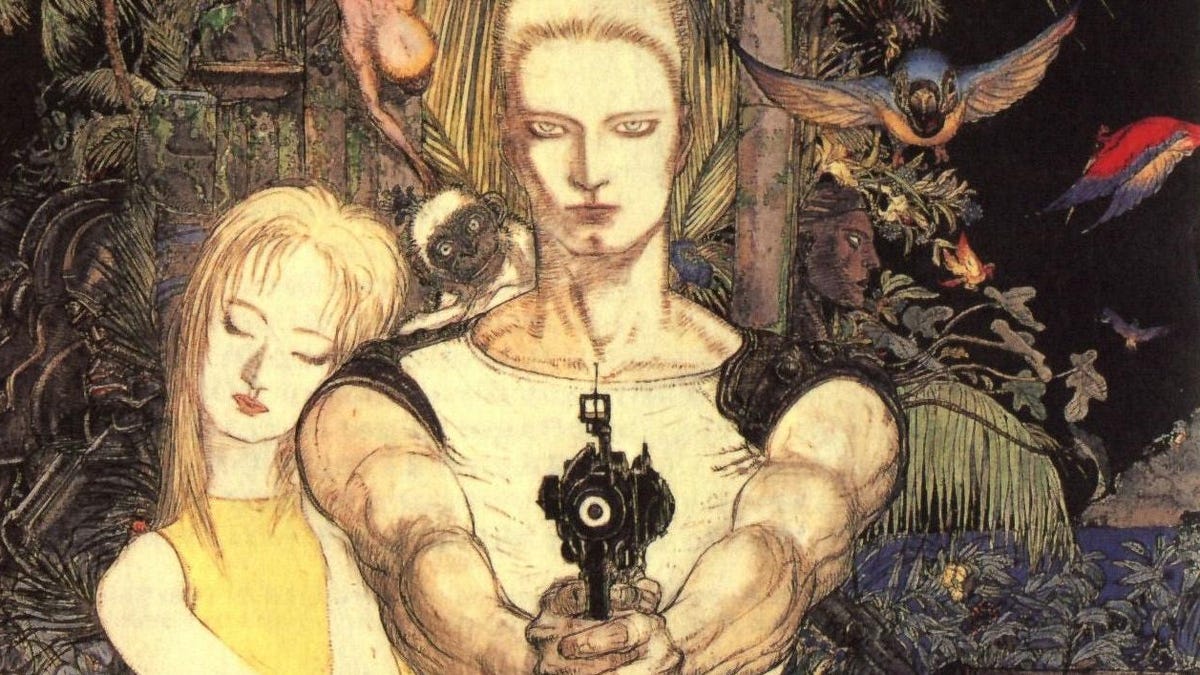 Front Mission is an excellent strategy RPG series that deserves to make a comeback. It’s Final Fantasy Tactics’ grittier, grimier, futuristic cousin that swaps out swords and magic wands for submachine guns and giant, half-obliterated mechs slugging it out in a jungle ditch. Some of that charm comes through in Front Mission 1st: Remake, but the revival is mired in decades-old gameplay shortcomings and a lack of new quality-of-life features that do little to help the Square Enix classic shine in 2022.

Out today on the Nintendo Switch, Front Mission 1st: Remake puts you in the shoes of a disgraced soldier turned mercenary named Lloyd Clive who’s searching for his lost fiancé amidst a brutal war between two superpowers. In the not-so-far-flung future, rival continental powers use giant mechs to fight for control over a minuscule island in the Pacific. The conflict takes its toll on the local civilians while megalomaniacs within the ranks use the fog of war to pursue their own ends.

Each side has its own meaty campaign, and to understand the full scale of the conflict, intrigue, and stakes, you’ll need to play both. It’s not a game you necessarily play for the characters and plot twists, but the story is still compellingly grim and provides a great backdrop for some very granular mech combat. And the Switch version’s overhauled 3D visuals help it look much more modern, even if the gameplay hasn’t aged nearly as well.

Like Fire Emblem or Advance Wars, Front Mission 1st: Remake’s combat plays out across a square grid where units move into firing range, attack, land a hit (or not), and then regroup. But unlike lots of other strategy RPGs, this game divides up damage across four mech body parts. Destroy an arm and the target loses access to whatever weapon it was holding. Break the legs and it won’t be able to move as far. Finish off the core and the entire thing will blow up.

Making things even more complicated is the fact that you can’t really target any specific part. Instead, attacks have a randomized spread, and also a good chance of missing altogether. The result can lead to some exciting upsets when you get lucky, but more often than not a lot of tedious trial and error. You might take down an enemy unit in two attacks, or burn through several turns without a killing blow while it pummels you with powerful counterattacks.

In-between battles you can customize the build of each mech in your party. Want a long range threat? Add shoulder rocket launchers and a bazooka. Need a juggernaut to get in there and soak up damage? Add tons of armor and focus on short range weapons. Every mech has a weight limit based on its parts that affects how far it can move on any given turn, while pilot stats like dodge and melee augment how effective they are in certain situations. These stats grow depending on what the pilots do in battle, and there’s plenty of room for tinkering with party loadouts at the margins. At the same time, simply pouring cash into the newest upgrades is usually more than enough to get the job done.

There’s a ton of cool ideas here, but all of them feel held back by the limitations of the past. Five hours in, that’s my biggest problem with Front Mission 1st: Remake: It’s a good game that could be much better, but the new version is focused mainly on updating the presentation rather than the underlying mechanics. Its $35 price point speaks to this uneven middle ground—more than a straight remaster but not quite the premium price of a full reboot. It’s a lowkey bummer.

Like Tactics Ogre Reborn before it, 1st is a remake of a remake. The game came out on Super Famicom in Japan in 1995 and later made it to North America by way of a PS1 port in 2003, which was itself later ported to the Nintendo DS. Outside of the visual refresh, some remixed music, and better camera navigation, most of the game remains as it did decades ago. That means there are still frustratingly few options for really customizing units and strategy at a deeper level than choosing between short and long range or min-maxing tradeoffs between accuracy and damage.

Even at the menu level things can still feel unnecessarily antiquated. You can’t access your inventory while outfitting mechs at the shop, and you can’t see how damaged a unit is during battle when deciding whether to counter an enemy attack with a weapon or a shield. There’s no way to speed up the overall pace of battles outside of turning off movement and combat animations, which are actually the most satisfying part of the game. And there’s no way to rewind turns either.

It may seem unfair, but it’s hard not to draw comparisons to Tactics Ogre Reborn, which Square Enix also just released a couple weeks ago. Yes, Tactics Ogre is a better game, both narratively and mechanically, but Reborn did a lot to rebalance combat and fine-tune unit progression to focus on what worked in the original game and sideline the stuff that didn’t. It has a 2X speed mode and a rewind turn function, the latter of which can be a lifesaver when you make an obvious mistake and don’t want to redo a lengthy fight all over again. Tactics Ogre Reborn also has full voice acting, another feature 1st Reborn could have really benefited from.

What 1st Reborn does have going for it are crisp 3D visuals that retain the tactical view while making rivers, foliage, and urban landscapes look vibrant and detailed. Front Mission has never been a pretty series, but it looks decent here, especially compared to the smoothed pixel-look we’ve seen from Square Enix’s other SNES remasters. Unfortunately, it doesn’t make up for how tedious the game’s fundamentals can get, which is a shame because I’ve always loved the more granular detail and calculations that go into Front Mission’s mech combat. I just wish it had gotten the same refresh in 1st Reborn that the graphics got.

DCU’s Batman, Superman movies will use comics to counter Marvel