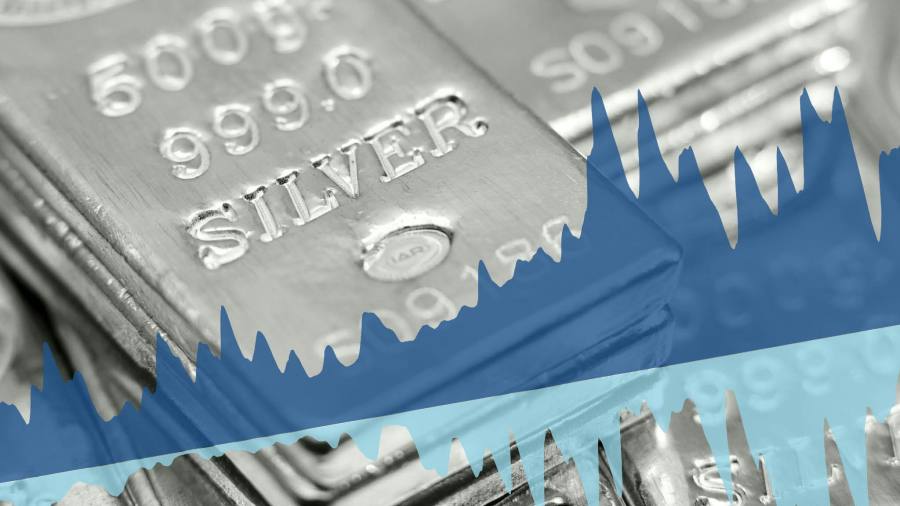 Silver is known as the devil’s metal because of its volatility — a characteristic many retail investors found to their cost earlier this month.

As investors piled into the metal following comments on the online Reddit WallStreetBets’ forum, the price of silver shot up 15 per cent in the last week of January to hit its highest level in eight years of $30 an ounce.

Demand was so high that almost $1bn flowed into silver-backed exchange traded funds in just one day. Retailers of silver coins and bars from Dallas to Singapore ran out of stock.

A new army of retail investors believed they could push up the price of silver by mimicking similar tactics deployed against the US games retailer GameStop.

For weeks starting in January, a Reddit member called TheHappyHawaiian had been posting arguments that silver was ripe for retail investment. “I am convinced [we] can cause a silver short squeeze on massive scale if we actually go for it,” read one.

The posts suggested buying options on the iShares Silver exchange-traded fund, which is physically backed by silver held in vaults. The ETF would then have to buy more silver, pushing up the price and squeezing the banks who had bet on a fall in silver prices.

In total, the word “silver” was mentioned 4,571 times between January 28 and February 3 on a WallStreetBets forum, according to FT research.

“THE BIGGEST SHORT SQUEEZE IN THE WORLD,” announced by one post, turned out to be anything but. A week after touching $30, prices had shed all of their gains.

For the retail investors, the workings of the market and its history were stacked against them.

For one, the silver market is considerably bigger than that of a single equity, with an average $29bn traded daily across multiple venues in New York, Shanghai and between banks in London.

Silver’s daily price is determined by the large bullion banks such as HSBC and JPMorgan in the over-the-counter market based in London. In addition to this, speculators, such as hedge funds, also trade on the futures market in New York run by the CME Group and on the Shanghai Futures Exchange.

Posts on Reddit’s WSB forum were drawing the conclusion that, because some of these institutions were betting against silver in the futures market, they must be short. Few mentioned the possibility that the very same institutions were just as likely to have matching long positions in the physical metal.

The big bullion banks are traditionally short silver, but this is to hedge their holdings of silver metal in vaults. On the other hand the mining companies tend to buy short positions to reduce their exposure to fluctuating prices from producing the metal.

But overall, data from the CME on positions by speculators such as hedge funds, state that in aggregate, investors are in fact long on silver.

“It’s been the delusional leading the gullible,” he said. “They’ve been led on by a false premise, a story that doesn’t hold water — it’s a children’s crusade. And they’re enriching the guys they’re posting against.”

It’s been the delusional leading the gullible. They’ve been led on by a false premise, a story that doesn’t hold water — it’s a children’s crusade

The retail traders’ attempt to corner the silver market was reminiscent of a similar effort by the oil barons William Herbert Hunt and Nelson Bunker Hunt who in 1979-80 bought billions of dollars worth of the metal.

The Hunt brothers owned nearly one-third of the world’s supply of silver via silver futures and drove the price up by more than 700 per cent over three weeks. Most of it was bought using borrowed money. They were later sanctioned for market manipulation and went bankrupt after the silver price collapsed in an event dubbed ‘Silver Thursday’.

Following the brothers’ attempt, the Comex futures exchange limited the amount of silver that could be bought using leverage. The exchange’s owner, the CME, did exactly the same this month, when it increased margins by 18 per cent on silver futures from $14,000 to $16,500 per contract.

Even in the face of the losses, silver supporters remain undeterred. “We created a new generation of #silver stackers,” wrote self-proclaimed retired trader and silver bug Jim Lewis. “This is a huge victory and we will repeat it.”

It is time Israel, the West admit the two-state solution is dead