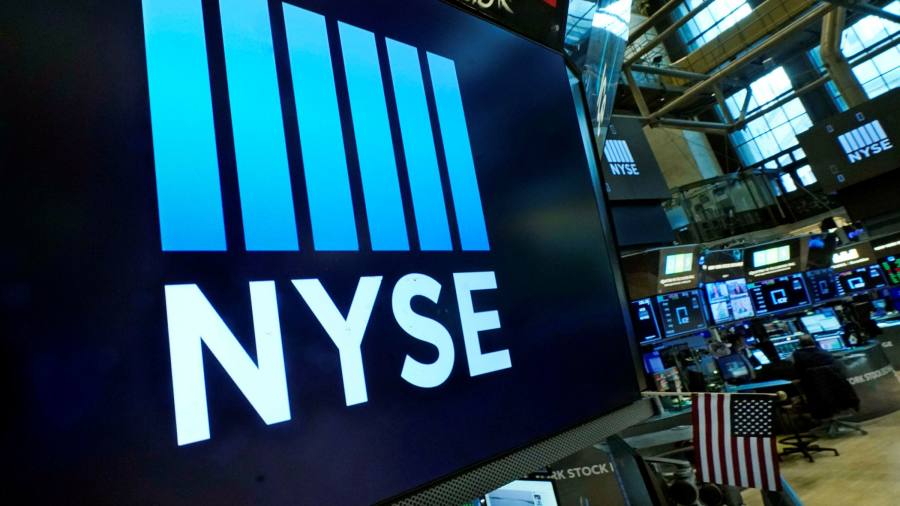 Buying and selling of shares before Wall Street’s opening bell has surged over the past three years, in a sign that investors are extending the traditional trading day as they assess company news in real time.

In 2019, about 384mn shares changed hands every day outside of the US’s standard 9.30am-4pm opening hours. Such deals are usually done on electronic marketplaces, often owned by the biggest US exchanges, that run either side of main session hours.

By 2021, that figure had escalated to 694mn, according to the New York Stock Exchange. And while out-of-hours trades have eased off in the first quarter of 2022, the average is still 682mn a day, research from the bourse revealed this week.

Stefanos Bazinas, NYSE execution strategist, said out-of-hours volumes had “skyrocketed” in large part because of rapid growth in trading before the opening bell. So-called ‘pre-market’ volumes averaged 62mn three years ago, representing about 16 per cent of all off-hours trading, but that figure hit 265mn last year, or 38 per cent of the total.

Some attribute the rise in trading beyond usual Wall Street hours to investors reacting more quickly to corporate earnings releases, which are posted either side of the main session because the information is market-sensitive.

“US stocks, in particular the global tech brands, are quite popular overseas, and folks are reacting to news and global developments in real time during their waking hours,” said Joe Gawronski, chief executive of Rosenblatt Securities.

The growth in retail investors, who have used forums like Reddit to back so-called meme stocks such as GameStop, was also a “driving force” behind off-hours trading, Bazinos wrote. Smaller trades accounted for 8 per cent of pre-market trades in March 2022, compared to 2 per cent in January 2019.

The NYSE’s findings add to a growing debate in the US over the length of the trading day — with concerns that greater out-of-hours activity, particularly during the European morning, could exacerbate the problem of low trading volumes in the middle of the US day, fuelling volatility in prices.

Many retail investors have become accustomed to using apps to trade when they want to, encouraged by 24/7 access to trading in cryptocurrencies, according to Gawronski.

Bermuda-based 24 Exchange applied to US regulators in October to launch the first open-all-hours US stock exchange, trading one-thousandth of a share. In March, Robinhood, one of the most popular US brokers, extended its opening times by four hours to bring it in line with rivals like Schwab and Fidelity.

Yet even though out-of-hours trading has mushroomed, an average 12.8bn shares are traded every day on US markets during regular hours. For now, most activity is still concentrated in the final half an hour of the day.