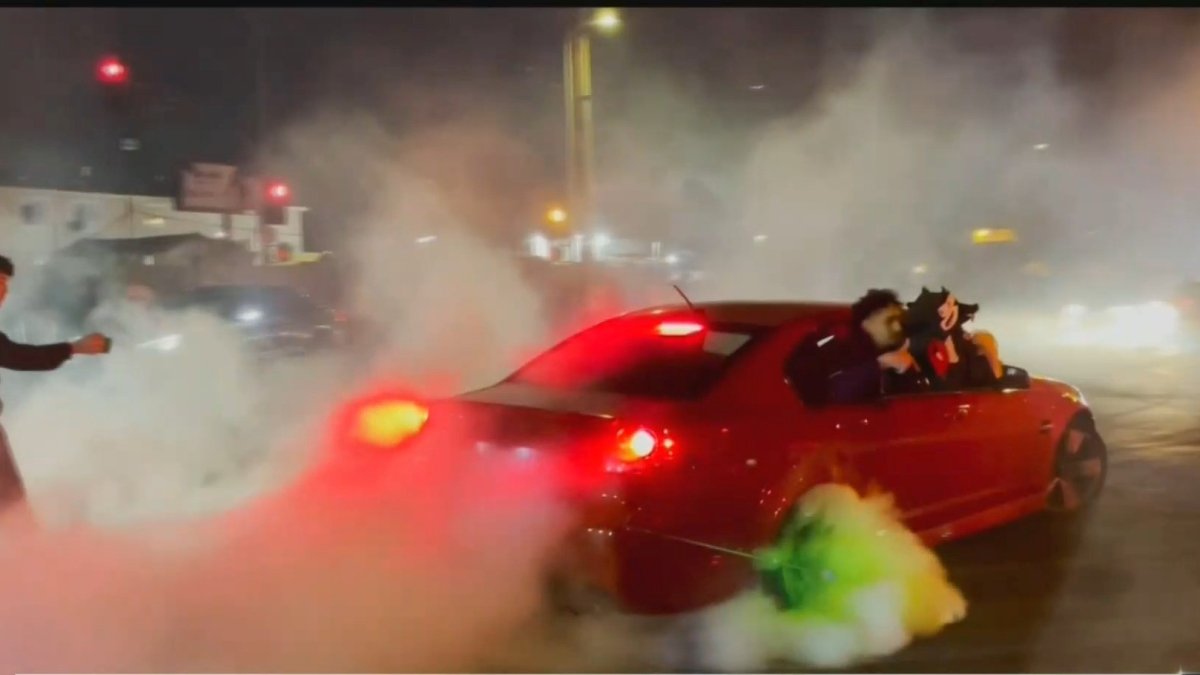 Multiple gunshots were heard at a street takeover on Crenshaw and Florence overnight. Hundreds of spectators ran for cover.

Police says there were no reports of injuries but it was the latest street takeover where drivers try dangerous stunts at intersections with hundreds of spectators gathered around.

Residents are fed up.

“It’s pretty much reckless,” said Rick Gonzalez. “I don’t think it’s good for the city, the people who live around there or even businesses that conduct their business around there.”

“They are attention seekers,” Castro said. “They are doing it recklessly and they don’t have a care for other people’s lives.”

Video from the takeover overnight shows spectators only feet away from vehicles performing doughnuts as passengers hang out the windows. Many of those gathered around took videos for social media.

“A lot of people are trying to get attention,” said Sulina Kettigna.

Street takeovers have led to injuries and even fatalities.

In May, a bicyclist in Compton was killed while riding in the area where a sideshow was taking place.

The LAPD and CHP have joined created a task force to crack down on them.

But despite impounding vehicles, writing tickets, and making arrests, sideshows continue to happen.

A video released by San Bernardino police shows a man using a flame thrower at a street takeover in April and issued a warrant for an arrest of a man.

“Who in their right minds just comes out with a flame thrower in public when there is crowds of people?” Kettigna said.