A rescue dog named Bear who saved 100 koalas during Australia’s Black Summer bushfires has been honoured in the UK for his bravery.

The six-year-old Australian koolie was awarded a special medal by the International Fund for Animal Welfare (IFAW) at the House of Lords earlier in the week.

Bear and his team appeared via video link to accept his special recognition on Tuesday. 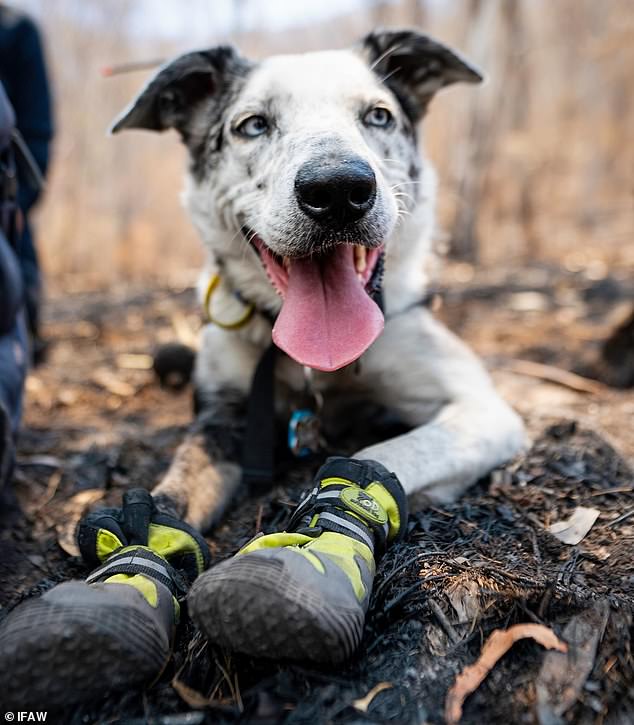 Bear (pictured) a six-year-old Australia koolie has been honoured by the International Fund for Animal Welfare in the UK for his work saving koalas during the 2019-2020 bushfire season. 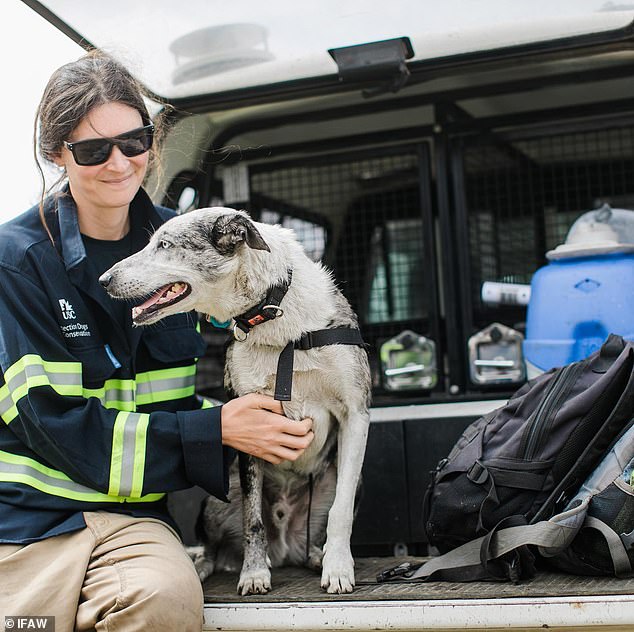 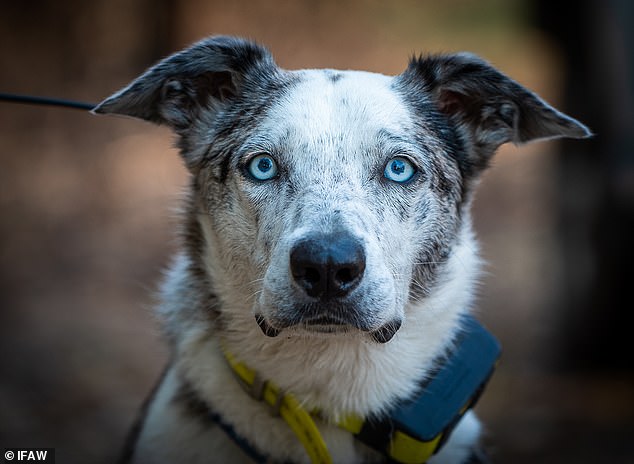 Romane Cristescu, Bear’s handler, said she could not be prouder of the former rescue dog, saying he will get lots of extra pats and play time for his award.

‘He’s been such a good boy in helping us find and rescue a lot of koalas, especially during the bushfires, but he works throughout the year to help us in our job to make a better and safer place for koalas,’ she said during the acceptance speech.

The life-saving dog was abandoned by his former owners due to his obsessive compulsive disorder that made him unable to play well with other dogs.

However it made him a great candidate for the University of the Sunshine Coast’s Detection Dogs for Conservation program. 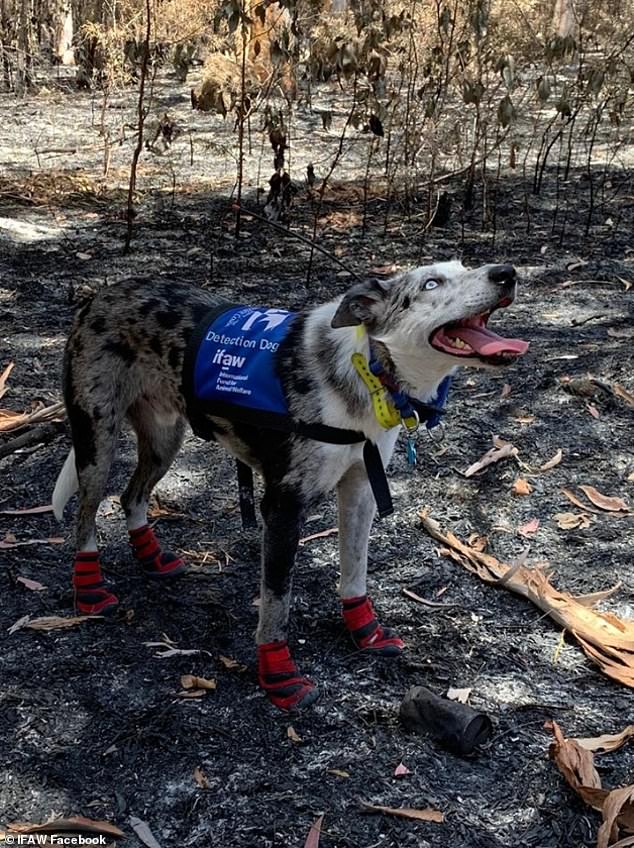 Bear, wearing shoes to protect his feet, has been trained to go into areas devastated by fire and sniff out koalas in the area (pictured) 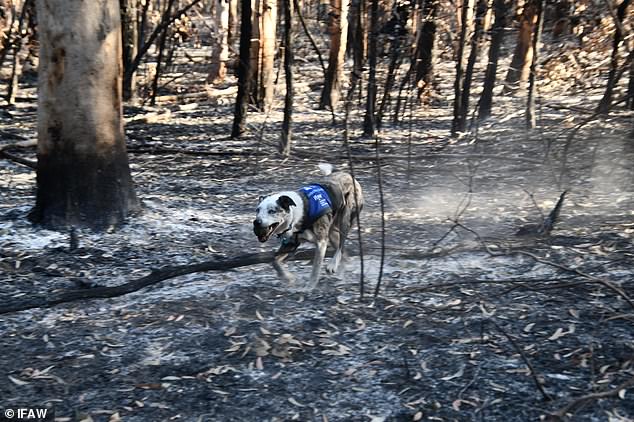 He would lie down next to an area he smelt a koala, ensuring the habitat is not disturbed 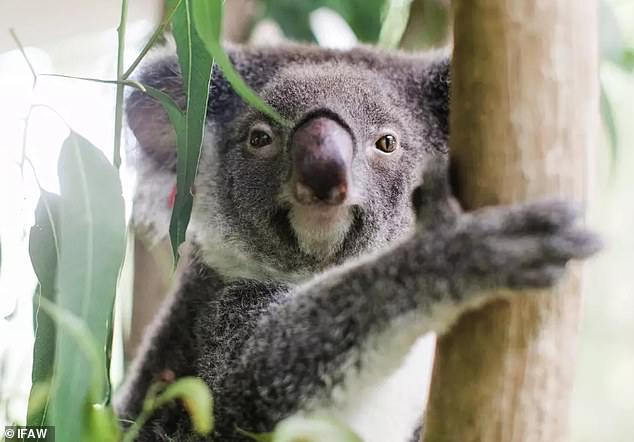 Bear was trained to recognise the scent of koalas’ fur and has been credited for saving over 100 marsupials during the 2019-2020 bushfires after their habitats were engulfed in flames.

He was taught to drop silently to the ground at the base of a tree when he detected their smell, ensuring the habitat is not disturbed and helping his team to locate koalas that may be in need of medical treatment.

The team works with the IFAW and local wildlife groups to find and rescue koalas in areas affected by bushfire.

Bear is the only dog in the world trained to sniff out both koala fur and faeces. 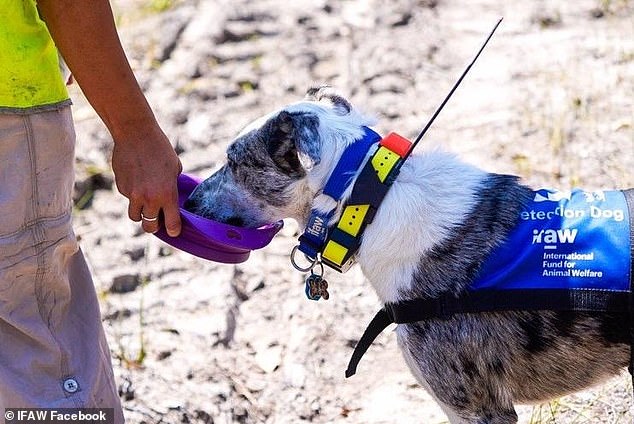 The 2019-2020 bushfire season was his first deployment with IFAW wildlife campaigner Josey Sharrad saying Bear brought the team hope during the devastation.

‘He found koalas despite all those harrowing conditions. That brought us hope,’ she told AAP.

It is estimated over three billion animals died during this bushfire season and more than 24 million hectares of land was burnt.

Bear was one of just two dogs who were honoured during the ceremony with Jasper, a cockapoo, winning ‘Animal of the Year’ for his work supporting frontline NHS staff through the Covid pandemic.

Deathloop Gets a Major Update That Improves its NPCs