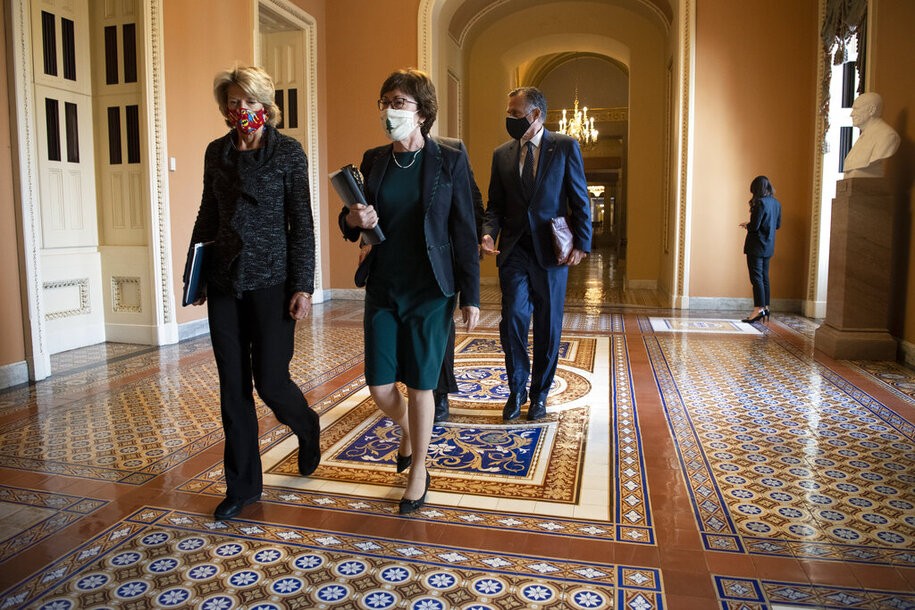 The proposal sketched out by the ten Republicans in a letter to President Joe Biden on Sunday is most notable for its slashing of proposed pandemic funding. Biden and Democrats are moving towards a $1.9 trillion plan; the Republican senators are instead proposing just $600 billion, less than a third of that amount. It would reduce proposed survival checks from $1400 to $1000, and cut them off for Americans earning over $50,000 a year or families earning $100,000.

It also cuts school pandemic funding, with Bill Cassidy telling Fox News Sunday that the “real problem” is not ongoing pandemic dangers but “teachers’ unions telling their teachers not to go to work.”

The ten Republicans are attempting to sell the fractional measure as bipartisanship, and major news outlets are predictably gobbling those claims, with The Washington Post musing that “the GOP offer presents a challenge for Biden, who campaigned on promises to unify Congress and the country” and Reuters framing the measure and its supporters with the much-cherished “moderate” label. (It should go without saying that the nine of ten Republican senators who voted to nullify consequences for Trump attempting to extort a foreign leader for personal gain cannot be sensibly called “moderate.”) Of special note, the Republicans are framing their proposal as a way to dodge the partisanship of Democrats passing the Biden-backed proposal using reconciliation rules, rather than caving to Republican filibuster.

So far, however, the proposal is being brushed off by Democrats. Sen. Chuck Schumer dismissed it, noting “It doesn’t have any state or local money any it” and hinting that Democratic patience for insincere and poison-pill laced Republican “negotiations” may have finally worn out.

Schumer: “We cannot do the mistake of 2009 where they whittled down the program so that the amount of relief was so small that the recession lasted 4 or 5 years. And then on the ACA, when they spent a year, a year and a half negotiating and then didn’t come to any agreement.”

Indeed, recent history suggests that the Republican proposal exists solely because its authors felt the need to respond to the national emergency in some semi-plausible way, rather than being seen as universally oppositional—but that if Democratic lawmakers actually moved to adopt the Republican plan, Senate Republicans would quickly move to block it by demanding more concessions. And then more concessions still, in an unending effort to delay or stonewall any such legislation.

That is what then-Senate Majority Leader did for over half a year of the pandemic, and there is no reason to suspect that the most well-worn of all Republican game plans is not being used here as well.

The good news, then, is that Democrats seem to be less keen on going along with obvious Republican ploys than they once were, and that there seems to be no strong appetite to sabotage pandemic emergency measures in search of a “bipartisan” solution that the Republican Party will never support. The “unity” instead being proposed by Democrats is one in which our government helps both Democratic and Republican Americans alike, with tools that have broad nonpartisan public support, rather than catering to insisted-upon sabotage aimed at harming those government responses.