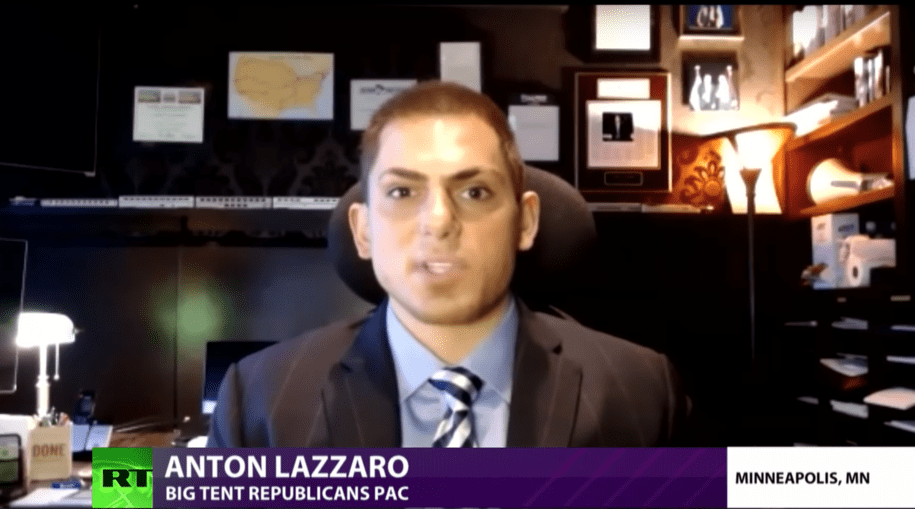 According to The Daily Beast, Lazzaro’s luxury condo was raided by the FBI in December 2020.

Law enforcement served the condo building’s management company with a search warrant seeking Lazzaro’s bank records and video surveillance footage a week before the raid, according to a person with direct knowledge. The search warrant appears in federal court records but remains sealed. The prosecutors working on this case did not return phone calls seeking further detail.

The Republican Party has a long history of having members’ names thrown around in sex trafficking and human trafficking cases. Trump’s impeachment attorney Alan Dershowitz has had his name come up in various court documents over the past decade in connection with known child rapist Jeffrey Epstein. Dershowitz has denied all accusations of impropriety. Coincidentally, Lazzaro made the claim that Dershowitz had been subcontracted by his lawyer to help with the case, but Dershowitz denied the connection to The Daily Beast.

One of Lazzaro’s recent jobs with the Republican Party was on the campaign team for Lacy Johnson, the conservative candidate who lost to Rep. Ilhan Omar in Minnesota’s 5th district. Johnson told the Beast that he and Lazzaro never discussed his personal dating life, but that he was dismayed to hear about the raid and charges.

Lazzaro is facing 10 counts, including conspiracy to commit sex trafficking of minors and five counts of the sex trafficking of a minor. He also faces an attempted sex trafficking charge and obstruction charges. His formal detention hearing is set for Aug. 16, 2021. He will remain in custody until at least that time. The FBI believes that Lazzaro and his cohorts might still have many other victims out there: “Anyone with information about this matter is encouraged to call the FBI Minneapolis Division at 763-569-8000.”

Here are some photos.