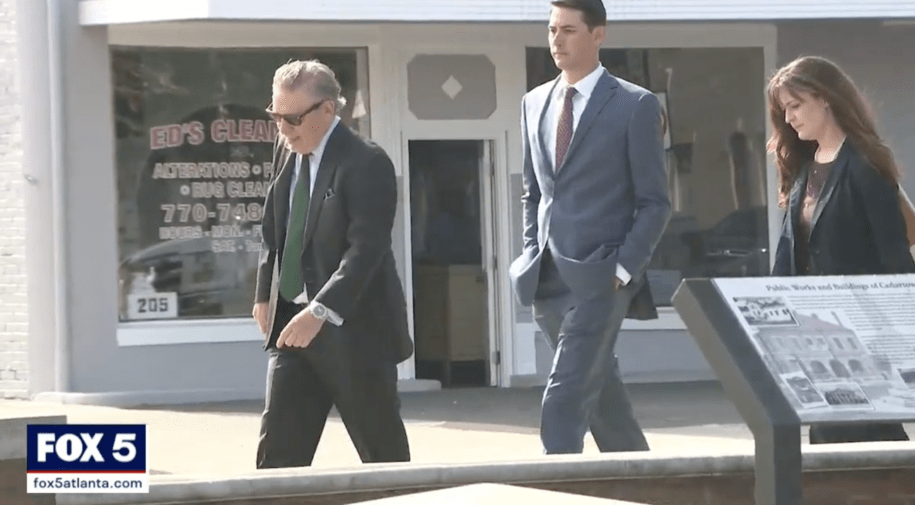 “Georgia does have a hit-and-run statute that imposes a duty on the driver, but for someone like Trey who arrived on a scene after the accident occurred, he had no duty to do other than what he did,” Tate said according to the Atlanta Journal-Constitution.

According to court documents, Kelley didn’t just arrive on the scene, check it out, and call 911. He called his own high-powered buddy, Cedartown Police Chief James Newsome, 46 minutes after the accident. Newsome then called a sergeant, but not 911. When the sergeant arrived, Keais was found still alive, lying bloodied in a ditch. The sergeant called an ambulance, but Keais died later at the hospital.

“Defendants Dover, Kelley, and Newsome conspired to cover up the seriousness of the hit-and-run by manipulating the police investigation,” according to the lawsuit. “These defendants acted in concert to put Mr. Keais’ life in further jeopardy by recklessly and intentionally delaying and depriving him of lifesaving medical treatment.”

“The truth will stand when the world is on fire.” Eric Keais was an uncle, brother & son. He was killed riding his bike. The driver who hit him left the scene, police say. Polk Co. coroner says nobody called 911 including a state representative and police chief. Live at 5. @wsbtv pic.twitter.com/pkZInEVYMs

Here Kelley explains the events in a statement around the time of his indictment:

“That night I received a call from a Polk County citizen who I had seen earlier in the night at the Polk County Fair. This individual worked at a local supermarket, is well-liked, and is known to have limited mental capacity. He was agitated and upset because he had been involved in an accident and thought he may have hit an animal with his car. After trying unsuccessfully to calm him down and find out what he may have hit, I still had no idea what had happened. At that time, I felt the right thing to do was to go to his location to try to find out what had happened. So, I put my boots back on and got in my truck. After arriving and driving up and down the road, I saw nothing that indicated a life or death situation, but when I saw a bike located in the ditch off the right side of the roadway, I felt the right thing to do was to call the police and that is what I did. At that time, I still did not know another human being was involved. I fully cooperated with law enforcement at the scene and in the ongoing investigation as a witness and will continue to do so.”

Admix, which serves ads in games, e-sports, VR, and AR, raises a $25M Series B co-led by Elefund and DIP Capital (Mike Butcher/TechCrunch)