Republican governors scoffed at COVID-19, but treat cutting unemployment insurance as an emergency 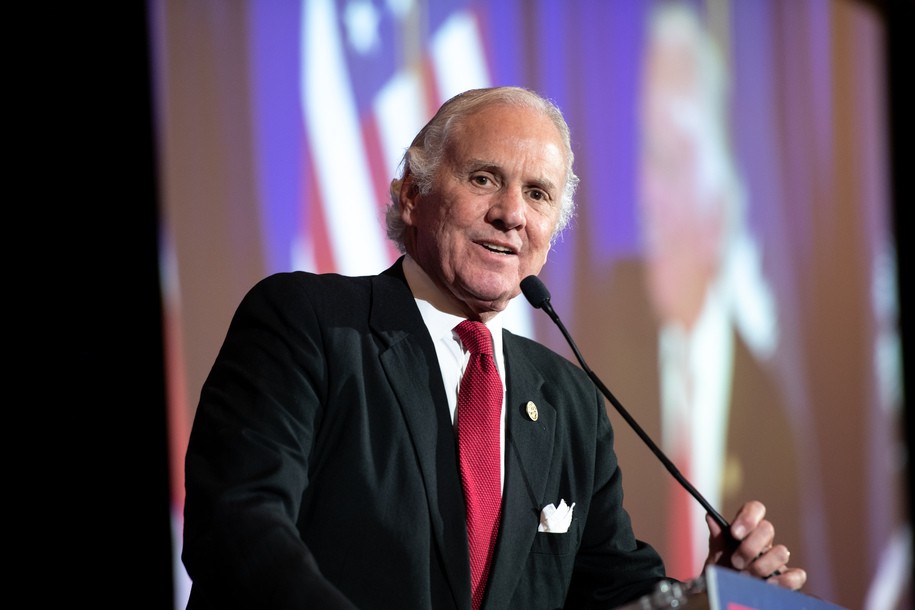 Across the nation—and especially on right-wing media—Republicans are spreading a narrative of lazy workers who can’t be bothered to climb off their couches to get back to work. And some employers are happy to carry that message straight to their customers.

Is this the new thing now? Post a sign about how folks dont want to work your low paying job 😂🤦🏾‍♀️ pic.twitter.com/G0mtQEqsDi

When it comes to South Carolina, food service and hospitality workers were at the heart of the proclamation that it it was time to chop people’s unemployment pay and force them out the door. McMaster claimed that these industries were facing an “unprecedented labor shortage” and that getting more people back to work was an existential crisis for these industries.

However, as former Chief Economist at the U.S. Department of Labor Heidi Shierholz makes clear, that’s not at all what the jobs report is showing. Not only were jobs in food service way up, the leisure and hospitality sector posted its sixth largest gain in the last 50 years. Both of these industries were up, despite offering low wages.

In fact, what the jobs reports shows is that wage growth, which usually marks a genuine labor shortage where employers are competing to attract workers, doesn’t reflect anything like a critical shortage. As Shierholz notes, the data suggests that, “the claims of labor shortages in restaurants are largely the result of frustration on the part of restaurants that they can’t find workers to fill jobs at relatively low wages.” That is a situation that existed before the pandemic, and before the increased unemployment insurance payments.

Another big indicator that should indicate a real worker shortage would be increasing hours for existing workers. But again, that’s not what the data shows. Instead, hours are right in line with pre-pandemic norms.

In fact, there is one factor in the jobs report that all on its own shows how silly the Republican claims of an emergency need to cut the UI payments really is. In April, the unemployment rate ticked up slightly to 6.1%. That didn’t happen because jobs went away. It happened because more people returned to the workforce and were actively seeking employment.

What should be happening at this moment, when workers are still in danger at many locations, especially those jobs that require them to be face to face with the public, or work in tight quarters with many others, is that employers should be fighting to get those workers by increasing wages, offering greater benefits, even paying immediate bonuses to fill openings. Instead, those employers are counting on Republicans like McMaster to push people to accept whatever they can find.

As Esquire noted back at the start of the pandemic in 2020, McMaster established himself as a “tough guy” when it came to COVID-19. He constantly downplayed the threat of the disease, refused to take actions even when other states were instituting restrictions on gatherings and businesses, and even sneered at the idea of supporting such simple actions as handwashing. McMaster insisted that schools and government offices remain open, that large events carry on as normal, and scoffed at providing public warnings.

Over the course of the pandemic, McMaster called mask mandates “unreasonable,” threatened local officials who tried to institute city or county level restrictions, and repeatedly insisted it was time to “get back to normal.” Which is how his state ended up with a rate of cases per capita that’s 10% higher than neighboring Georgia and 22% higher than North Carolina.

When it comes to Montana, the situation is actually quite different. Though Republican governor (and man proud of his physical assaults) Greg Gianforte used much of the same rhetoric in ending the unemployment bonuses there, state officials moved to provide workers with a $1,200 bonus when signing up for a new job. Of course, since this is a one-time payment that comes at no expense to the employer, it essentially represents the state paying workers to accept what might be an otherwise unacceptable job in exchange for single check.

And when it comes to signs, what the nation should be seeing is more signs like the one Maine Beacon noted on the door of a Dollar General store in Eliot, Maine. That sign reads: “Closed indefinitely because Dollar General doesn’t pay a living wage or treat their employees with respect.” Also on the door is another sign reading, “Capitalism will destroy this country. If you don’t pay people enough to live their lives, why should they slave away for you?”

Why should people work for unreasonable pay? Apparently because Republican governors will declare an emergency if they don’t.