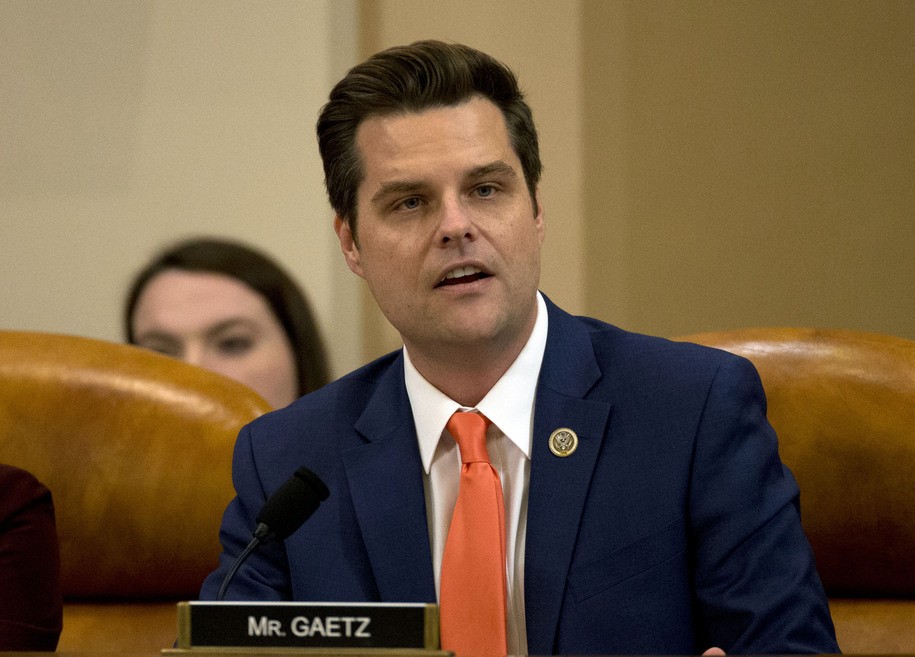 “The law is clear that book royalty income must be disclosed,” Kedric Payne, general counsel and senior director of Ethics at Campaign Legal Center, told Insider. “Indeed, it is difficult to think of a recent example when a lawmaker did not disclose such income. It is well established that voters have a right to know all sources of income for their elected officials.”

In 2020, Gaetz published Firebrand: Dispatches from the Front Lines of the MAGA Revolution, celebrating not only the MAGA movement but with insight into his “fun loving” bachelor days in Congress. In the book, he not only describes himself as having an “active social life” but advised members of Congress not to date their staff.

“It’s risky to date in a town where there’s potentially a thin line between love and blackmail, or at least love and bad PR,” Gaetz wrote. “I knew going in how many people had been brought down by sexual missteps in this town, so I set some rules to help me err on the safe(r) side.”

“In Washington, safe sex means in part: no dating lobbyists, no dating your staff members, and I should have added no dating reporters, but I didn’t at first,” he continued. “I’m a representative, not a monk.”

It is ironic that Gaetz would offer dating advice from the perspective of a successful ladies’ man since he’s accused of paying a minor for sex—an allegation for which his former friend and associate Joel Greenberg provided evidence to prosecutors in the case. Gaetz denied and defended himself against in an op-ed published in April.

The book was promoted by Donald Trump and his minions, with idiots like Donald Trump Jr. describing the book as a “must-read.” But despite the praise, it seems Trump’s fan base didn’t buy it—literally. According to the amended disclosure, Gaetz made $25,000 in royalties. Firebrand is currently ranked #69,486 in Amazon’s Books category.

The number comes as a surprise since the RNC often boosts book sales of its members. Even Tom Cotton a Republican from Arkansas made $202,500 in royalties from his book, Sacred Duty: A Soldier’s Tour at Arlington National Cemetery.

It’s clear now why Gaetz didn’t include his book sales—he was probably embarrassed. But of course, his office gave no reason for why the information was initially missing despite inquiries from different news outlets.

“There was additional documentation needed from the Congressman’s book publisher,” Jillian Lane Wyant, chief of staff to Gaetz, told Insider. “We are in the process of receiving that information and amending the Congressman’s financial disclosure now.”

Not only were the reported royalties low, but according to a breakdown by The Daily Beast, the amended document itself raises questions. According to the amended financial report, Gaetz was awarded 60% royalties by his publisher, more than double the typical hardcover royalty rates. Not only do the numbers not make sense, but if Gaetz did only earn $25,000, that means he sold 6,000 copies or fewer of his book over several months. It’s also worth noting that Firebrand was released at an industry-standard $27; less than one year from its on-shelf date, hardcovers cost around $8 on Amazon.

While Gaetz’s sales may be low, he’s not the first member of Congress not to disclose where he’s making money outside of his congressional salary. The Ethics in Government Act requires members of Congress to disclose where they’re making money for everything from book deals to stock trades; despite this, many Republicans have a history of failing to disclose their financial earnings. Additionally, for lawmakers to accept royalties, permission must be granted ahead of time by ethics officials under “usual and customary contractual terms,” The Daily Beast reported.

In the end, it is unlikely Gaetz will suffer any consequences for failing to include the book earnings in his original report now that he has belatedly filed an amendment.

“Filing an incomplete financial disclosure report is a violation of both the Ethics in Government Act and the House rules,” Brett Kappel, an attorney who specializes in government compliance at Harmon Curran, said. “The fact that Rep. Gaetz quickly filed an amended report, however, likely means he will suffer no consequences.”