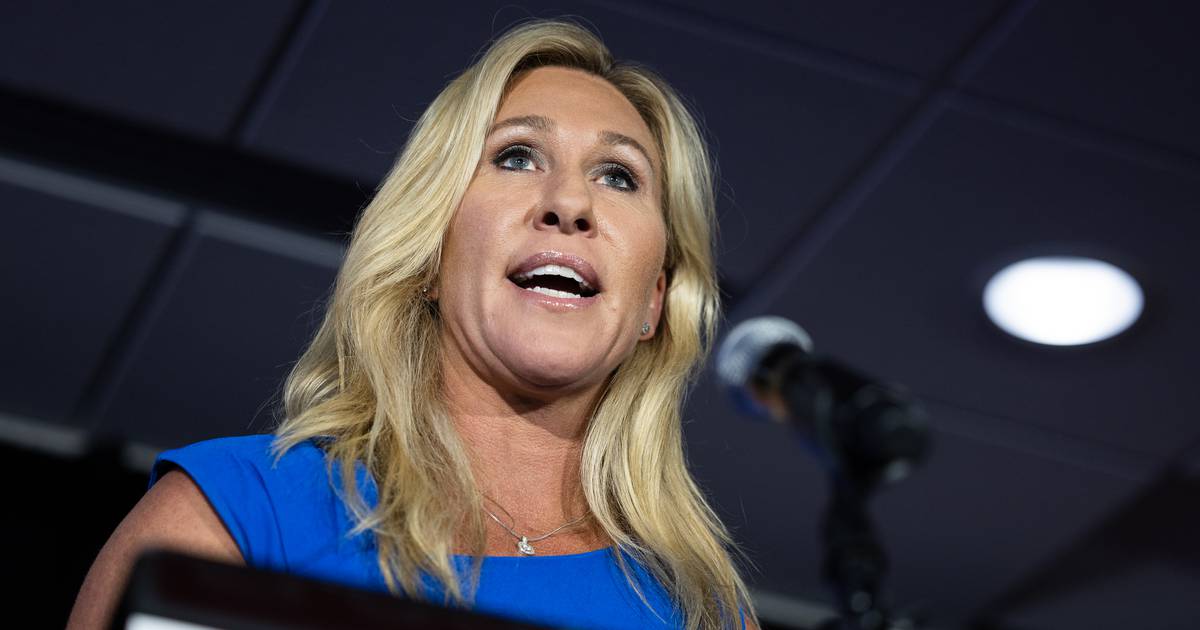 Rep. Marjorie Taylor Greene on Wednesday claimed the July Fourth mass shooting in a Chicago suburb is part of a liberal plot to push more “gun control” — and even outrageously suggested gay-rights activists played a role in the convoluted scheme.

Without providing a shred of evidence, the Republican from Georgia said the rampage in Highland Park and an unrelated shooting at a Philadelphia fireworks display were both “designed” to win support for new restrictions on guns.

“Two shootings on July Fourth: one in a rich, white neighborhood and the other at a fireworks display,” Greene said. “It almost sounds like they were designed to make Republicans go along with more gun control.”

Marjorie Taylor Greene just suggested on Facebook the recent mass shootings are false flags “to persuade Republicans to go along with more gun control” because it happened in “a rich white neighborhood” and not during Pride Month. (h/t @patriottakes) pic.twitter.com/KB2LUVUnlw

She claimed it’s no coincidence that the gunmen opened fire on July Fourth. MTG suggests the timing was planned to avoid tarnishing the image of LGBTQ-rights advocates during Pride.

“We didn’t see that at all the Pride parades in the month of June,” she said.

The staunch supporter of former President Trump called July “MAGA month” and surmised that the shooters intended to use the date to put Trump supporters on the defensive during “the month we’re all celebrating, loving our country.”

“As soon as we hit MAGA month … we have shootings on July Fourth,” she said.

Police say they do not yet know why suspected gunman Robert Crimo III opened fire on the all-American festival in the leafy Chicago suburb. He was arrested later after officials traced the assault weapon he bought to use in the attack.

No one has been arrested in the Philly shootings.

A modest package of gun restrictions was signed into law on June 25 following the massacres in Buffalo, New York and an elementary school in Uvalde, Texas in May.

“By the way, what’s the definition of a right-wing conspiracy theory?” she asked, shaking her head in disbelief that anyone could doubt her outlandish claims. “It’s just the news a month early.”