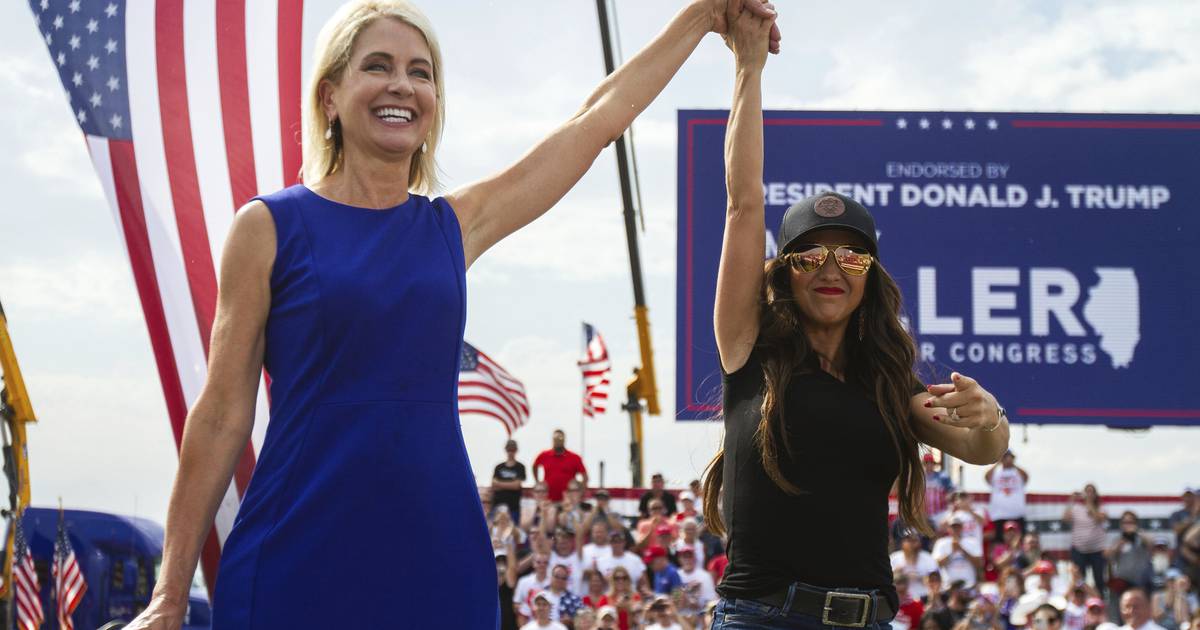 Gun-loving Rep. Lauren Boebert (R-Colo.) Wednesday celebrated primary victories for herself and other pro-Trump candidates by declaring war on GOP moderates or so-called RINOS meaning “Republican In Name Only.”

Boebert, who turned aside a GOP challenge, posted a triumphant photo with Rep. Mary Miller (R-Ill.), who trounced an establishment lawmaker in her own primary just days after proclaiming the Supreme Court’s recent anti-abortion ruling as a victory for “white life.”

The “RINO hunter” phrase was a reference to a recent TV ad by Missouri Senate candidate Eric Greitens, which depicted him holding an assault weapon and urging supporters to “get a RINO hunting license.”

Boebert beat state Sen. Dan Coram by an impressive 65%-to-35% margin in a western Colorado district.

Miller cheered the Supreme Court’s ruling that rolled back the landmark Roe v. Wade as a win for “white life” at a weekend rally with Trump. She later claimed that she meant to say the “right to life.”

Miller who had Trump’s endorsement, ousted fellow Rep. Rodney Davis (R-Ill.) by about 15 percentage points after they were thrown together into a single district by Democratic-led redistricting.

With a few notable exceptions, far-right wingers have mostly fared well in the Republican primaries ahead of the midterm elections.

Redistricting has mostly bolstered Republican majorities in congressional districts the GOP controls, giving an advantage to extremists and putting moderates on the back foot.