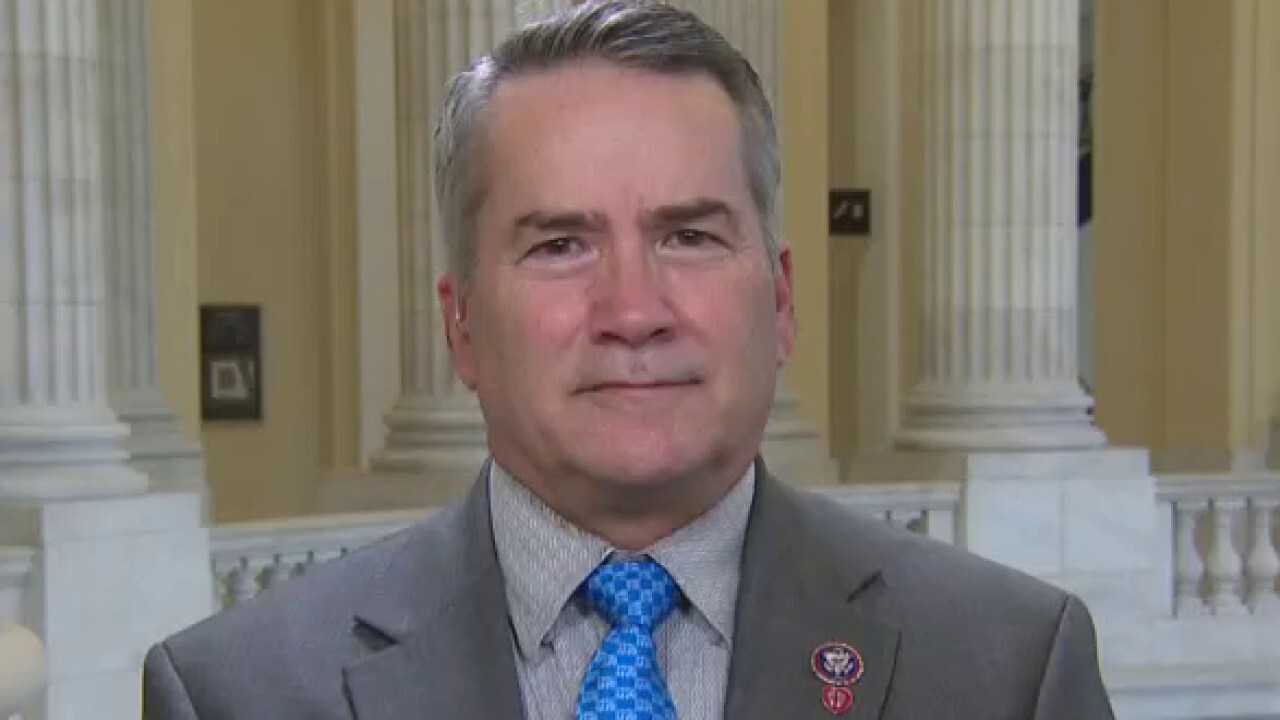 We are witnessing a radical transformational push by the Left to bend and warp America’s institutions and government to their will. This week, Speaker Nancy Pelosi, D-Calif., plans to ram the next phase of Democrats’ strategy through the House: granting statehood to the District of Columbia.

This is a political power play, plain and simple.

H.R. 51, the Washington, D.C., Admission Act, would admit the District of Columbia to the United States as the 51st state, to be called “Washington, Douglass Commonwealth.” There are a host of fundamental problems with both the approach and policy of this bill introduced by D.C. Delegate Eleanor Holmes Norton.

Eager to solidify their narrow control in Congress to force through their radical agenda, Democrats are happy to disregard the wisdom and intent of our Founding Fathers. Let’s remember, there’s a reason the District of Columbia exists as a special federal enclave and holds a unique status in our system of government as created by the Constitution.

As James Madison argued in Federalist Paper No. 43, if America’s capital were situated in any state, that state would wield tremendous influence over the federal government. The Constitution was explicitly crafted to avoid this by carving out a federal district in which to seat the capital on neutral ground.

H.R. 51 ignores the smart and still valid reasoning that created the district over two centuries ago.

Furthermore, H.R. 51 is blatantly unconstitutional. By itself, Congress cannot grant statehood to the District of Columbia. Despite what you may hear from Democrats this week, it’s not that simple.

While states have historically been admitted to the union by acts of Congress, the Constitution explicitly discusses the district several times and grants the city special privileges – all of which need to be addressed by a constitutional amendment. This is a longstanding and bipartisan view.

In 1963, U.S. Attorney General Robert Kennedy, a Democrat, said D.C. statehood would be “inconceivable” without amending the Constitution, and every Justice Department has since agreed. Yet, H.R. 51 makes no serious attempt to resolve this fundamental roadblock.

Given that the approach is so obviously unworkable, why are Democrats so doggedly pursuing statehood through H.R. 51?

If Democrats honestly care only about providing full representation, there are less problematic alternatives that could win bipartisan support.

Legitimately granting statehood to D.C. requires a constitutional amendment – which is both immensely difficult and highly unlikely. Recall that there are two ways to propose a change to the Constitution: two-thirds of both chambers of Congress can vote on it, or two-thirds of state legislatures can vote to ask Congress to call a national convention.

Once proposed, ratifying an amendment requires approval from three-fourths of the states, either by the states’ legislatures or in the national convention. With such a high bar, any amendment to the Constitution requires broad support across the nation.

Here we arrive at the fundamental problem that H.R. 51 tries to slip around. Most Americans do not support granting statehood to the District of Columbia. The exact percentage varies from poll to poll, but a majority of Americans consistently oppose statehood.

Why are Democrats pursuing this at all?

However, if Democrats honestly care only about providing full representation, there are less problematic alternatives that could win bipartisan support.

One such compromise is to cede the residential portions of the district back to Maryland, just as Arlington and Alexandria were ceded back to Virginia in 1846. Democrats have flatly rejected that idea.

I offered a similar compromise when the House Committee on Oversight and Reform considered H.R. 51 on April 14. I proposed an amendment to allow dresidents to vote in federal elections in Maryland – an arrangement that dates back to the period shortly after the Constitution was ratified.

In turn, Maryland would temporarily receive an additional House seat until the next congressional reapportionment following the 2030 census, a reasonable compromise. The District would remain neutral ground for America’s government, and the district’s residents would have voices with full voting power in both chambers of Congress. Democrats refused to support my amendment.

Why would Democrats so stubbornly reject any compromise that gives voting representation to district residents?

Because, truthfully, it’s not about voting representation. It’s about the balance of power in Congress itself.

Like all states, the proposed “Washington, Douglass Commonwealth” would have two seats in the U.S. Senate – and Democrats know which party will win those seats.

In 2020, Joe Biden received 92.1% of the vote in D.C., and that’s no anomaly. No Republican presidential candidate has received more than 10% of the district’s vote since 1988. The state of “Washington, Douglass Commonwealth” would be the most liberal state in America, making California look like Texas by comparison!

Right now, Democrats’ grip on power in the Senate is so tenuous that they rely on Vice President Kamala Harris to cast tie-breaking votes. Two additional Senate Democrats would be a tremendous advantage in preserving their majority, and that’s what this comes down to at the end of the day.

As the House debates H.R. 51 this week, don’t be fooled by claims from Democrats. There’s only one real motive here. They need more votes in the Senate to pass their radical agenda to appease their base – the socialists and Marxists, the Black Lives Matter and #DefundThePolice movements, climate change extremists, union bosses, social justice warriors, and so on.