Rep. Babin says the southern border is a ‘crisis that Joe Biden owns’ 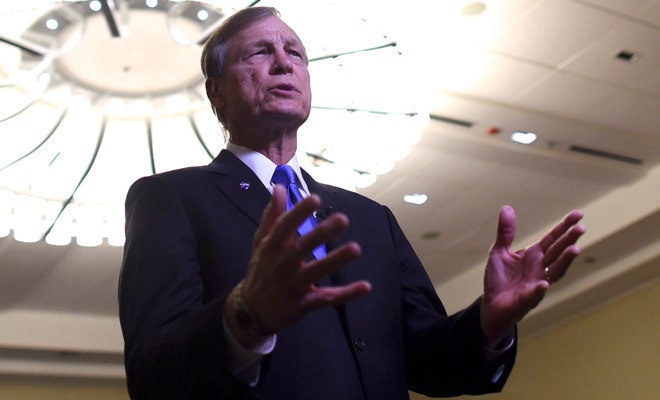 President Biden’s executive actions to open U.S. borders have launched a massive influx in immigration, and Rep. Brian Babin, R-Texas, told FOX Business’ “The Evening Edit” that the president owns what is now being considered a “crisis.”

The Texas Republican mentioned that Mexican President Obrador even labeled Biden as the “migrant president” for helping cartels cross into the states, calling it a real “shame.”

Babin: The Biden administration, especially the president himself, has himself to thank for opening this border up with his rhetoric, his promises, and then he tries to back up and say, don’t come now while they’re here.

We’ve had a number of them just recently that were caught who are on the terrorist watch list. We’ve got COVID-positive illegals being turned loose on my border here in Texas to fan out into the country. It is most definitely a crisis and a crisis that Joe Biden owns. And he needs to own up to it and he needs to start listening to some sense.

If you’re not going to take care of the American citizens and put them second to the migrants, then think about the migrants, because they’re paying through the nose to the cartels who have been empowered. They’re bringing in drugs, human trafficking. And it is an unmitigated disaster down there that needs to be rectified and rectified quickly.”