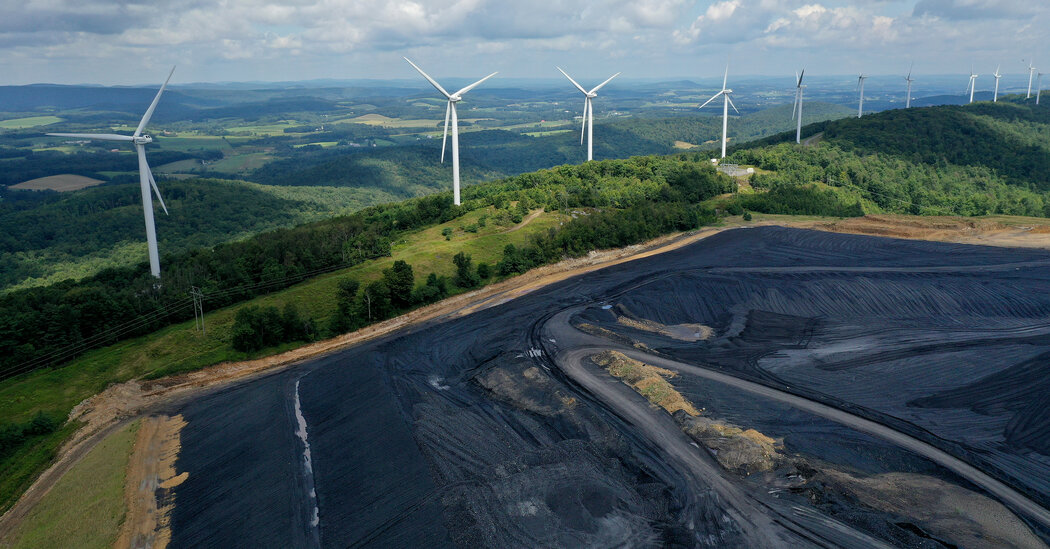 Worldwide, growth in renewable power capacity is set to double by 2027, adding as much renewable power in the next five years as it did in the past two decades, the International Energy Agency said Tuesday.

Renewables are poised to overtake coal as the largest source of electricity generation by early 2025, the report found, a pattern driven in large part by the global energy crisis linked to the war in Ukraine.

“This is a clear example of how the current energy crisis can be a historic turning point toward a cleaner and more secure energy system,” said Fatih Birol, the I.E.A. executive director, in a news release.

The expansion of renewable power in the next five years will happen much faster than what the agency forecast just a year ago in its last annual report, said Heymi Bahar, a senior analyst at the I.E.A. and one of the lead authors of the report. The report revised last year’s forecast of renewable growth upward by 30 percent after the introduction of new policies by some of the world’s largest emitters, like the European Union, the United States and China.

While there has been a wartime resurgence in fossil fuel consumption as European countries have scrambled to replace gas from Russia after its invasion of Ukraine in February, the effects are likely to be short-lived, the agency said.

The Saudi strategy. Despite the scientific consensus that the world must move away from fossil fuels to avoid the worst consequences of global warming, Saudi Arabia is deploying lobbying, research funding and diplomatic activities to keep oil at the center of the world economy.

Tracking polluters. Climate TRACE, a nonprofit backed by Al Gore and other big environmental donors, is scouring data from satellites to track emissions down to individual power plants, oil fields and cargo ships. The group has cataloged 72,612 emitters and counting, creating a hyperlocal atlas of the human activities that are altering the planet’s chemistry.

U.S. climate threats. The effects of climate change are already “far-reaching and worsening” throughout the United States, posing risks to virtually every aspect of society, according to a draft report being circulated by the federal government. The United States has warmed 68 percent faster than Earth as a whole over the past 50 years, the draft report said.

Instead, over the next five years, the global energy crisis is expected to accelerate renewable energy growth as countries embrace low-emissions technology in response to soaring fossil fuel prices, including wind turbines, solar panels, nuclear power plants, hydrogen fuels, electric vehicles and electric heat pumps. Heating and cooling buildings with renewable power is one of the sectors that needs to see larger improvement, the report said.

The United States passed the Inflation Reduction Act this year, a landmark climate and tax law that, among many investments to reduce planet-warming greenhouse gas emissions, made an “unforeseen” expansion in long-term tax credits for solar and wind projects extending through 2032, Mr. Bahar said. Previously, these tax credits had been revised a few years at a time. Extending the credits until 2032 provides better certainty for investors, which is important in the energy industry, Mr. Bahar said.

China alone is forecast to install almost half of the new global renewable power capacity over the next five years, based on targets set in the country’s new five-year plan. Even still, the country is accelerating coal mining and production at coal-burning power plants.

The recent momentum in renewable energy growth is not enough to help the world limit global warming to 1.5 degrees Celsius (2.7 degrees Fahrenheit) compared to preindustrial levels, said Doug Vine, director of energy analysis at the Center for Climate and Energy Solutions. The goal was set by the landmark Paris climate agreement in 2015; beyond that threshold, scientists say the risk of climate catastrophe, including deadly heat waves and coastal flooding, increases significantly.

Scientists have calculated that meeting the 1.5 degrees Celsius goal would require countries to curb or offset all carbon dioxide emissions by 2050. “We are still not there,” Mr. Bahar said, but the agency’s new report indicates that narrowing the gap is “within the reach of government policies and actions.”

The main obstacles in wealthy countries are lengthy permitting procedures and lack of improvements and expansion to grid infrastructure, the report said. Some European countries have made progress on that front, including Germany, which has reduced permitting timelines, and Spain, which has streamlined permitting and increased grid capacity for renewable energy projects.

For low-income countries, the report said, the challenge is both weak grid infrastructure and the lack of access to affordable financing for renewable projects, which require higher upfront costs for capital than they do for maintenance and operation. High interest rates on loans are often a barrier for many lower-income countries that are the most vulnerable yet least responsible for climate change.