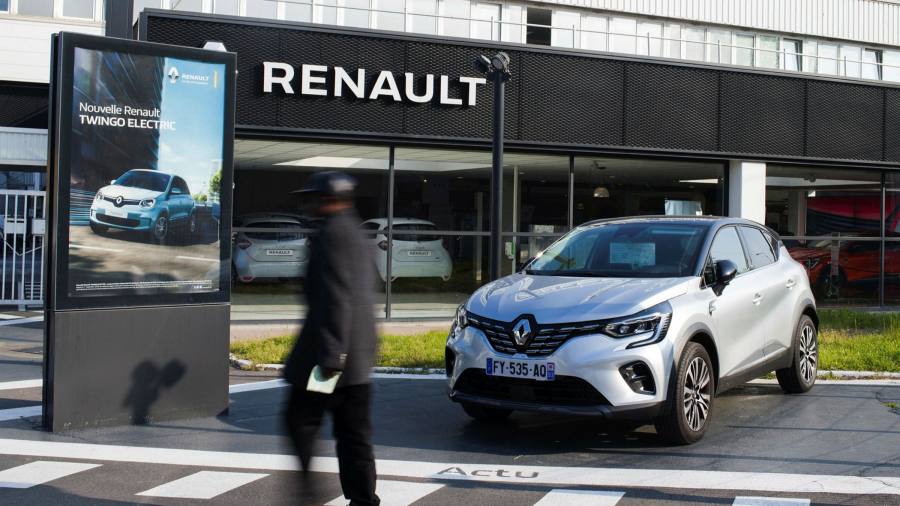 Renault’s first-quarter sales were hit by a global chip shortage and currency fluctuations while the French carmaker sought to stem the decline with higher prices and by pushing forward its most profitable models.

Revenues fell 1.1 per cent to €10bn as the company said its policy of raising prices tempered the decline caused by the coronavirus pandemic. The group is prioritising its most profitable vehicles in key markets beyond Europe, such as the Kiger SUV in India and the Dacia Duster in Russia.

Without currency changes, sales would have risen by 4.4 per cent, Renault said on Thursday.

The group warned of “rising headwinds” such as foreign exchange and raw material costs as well as “limited visibility due to electronic component shortages”.

Sales in the same period a year earlier — a quarter when the industry was forced to close its plants as European lockdowns came into force — fell to €10.1bn from €12.5bn in the first quarter of 2019.

The French carmaker is in the middle of a €3bn turnround plan under chief executive Luca de Meo, following €8bn of losses during 2020.

The plan involves cutting factory capacity by a quarter and shedding 15,000 jobs, as well as overhauling its brands that include Lada and Alpine. Renault announced the sale of its 1.5 per cent stake in Daimler for roughly €1.2bn last month.

Boston Fed president Eric Rosengren to step down this week