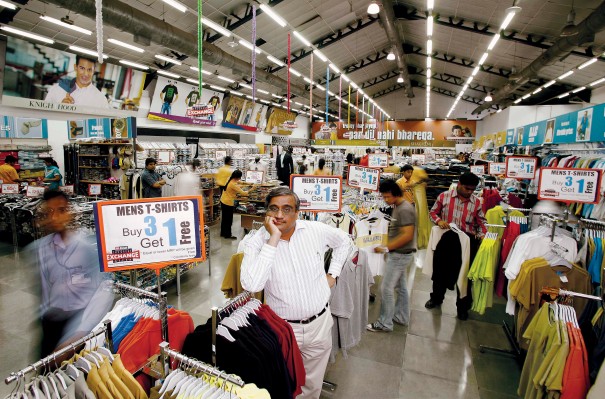 “The Future Group companies comprising Future Retail Limited (FRL) and other listed companies involved in the scheme have intimated the results of the voting on the scheme of arrangement by their shareholders and creditors at their respective meetings. As per these results, the shareholders and unsecured creditors of FRL have voted in favour of the scheme. But the secured creditors of FRL have voted against the scheme. In view thereof, the subject scheme of arrangement cannot be implemented,” Reliance Industries said (PDF).

The remarkable announcement is the latest in a two-year-long battle between Reliance and Future — that run two of India’s largest retail chains — and e-commerce giant Amazon, which has sought to block the deal.

Amazon, which had invested in one of Future Group’s units three years ago, last month accused Future Group and Reliance Industries of indulging in fraudulent practices, saying the Indian firms did not comply with court orders and have attempted to “remove the substratum of the dispute.”

Amazon has argued that Future Group has violated its contract by doing a deal with Reliance and earlier approached the Singapore arbitrator to halt the deal between the Indian firms. The ensuing legal battle delayed the completion of the deal, during which Future Group’s debt piled up and earned a once-iconic Indian company a “non-performing asset” evaluation from lenders.

As Amazon and Future fought in courts, Reliance began taking over several of Future stores starting in February after brokering deals with landowners in a move that stunningly blindsided and outwitted the U.S. firm. Cash-strapped Future said in a filing that it could not pay rent at many outlets and was scaling down its operations. The episode further lowered the confidence many bankers had on Future.

Without secured lenders’s backing, Future Group, which has more than $4 billion in debt on its books, cannot proceed with the deal, and now is unlikely to survive. Last year, the National Company Law Tribunal, a quasi-judicial body in India that adjudicates issues relating to Indian companies, permitted Future Retail and other group companies to convene meetings of shareholders and creditors to take a vote on the proposed acquisition to Reliance Industries.

The Download: inside our chaotic brains, and small nuclear reactors