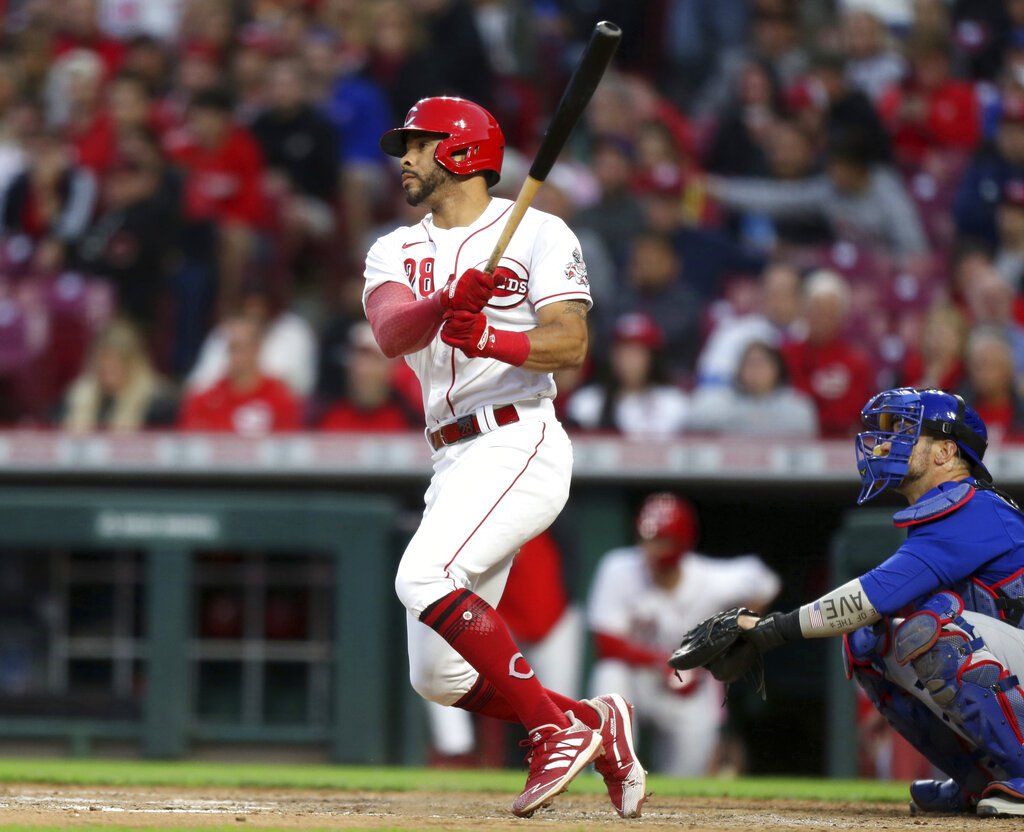 Cincinnati Reds’ Tommy Pham, left, watches his home run in front of Chicago Cubs catcher Yan Gomes during the sixth inning of a baseball game in Cincinnati, Monday, May 23, 2022.

CINCINNATI — Cincinnati Reds outfielder Tommy Pham was suspended by Major League Baseball for three games on Saturday after he slapped San Francisco Giants outfielder Joc Pederson because of a dispute about their fantasy football league.

Pham, 34, also was fined. The suspension was made retroactive to Friday night, and he will serve the final two games this weekend.

While the Giants warmed up in the outfield before Friday’s series opener, Pham confronted Pederson and smacked him in the face before the pair was separated.

Pham said Saturday there was some “sketchy” stuff going on with the fantasy league, and Pederson also made “disrespectful” comments about his former team, the San Diego Padres.

“We had too much money on the line, so I look at it like there’s a code,” Pham said.

Pham also said Pederson was “messing with my money.”

Pederson said after Friday night’s game that he was accused of cheating for placing a player on injured reserve and replacing him with a free agent in a fantasy football league. Pederson said the player he put on IR had been ruled out for that week, which made it a legal move. He said Pham had executed essentially the same maneuver with his own team.

“I sent a screenshot of the rules, how it says that if a player’s ruled out, you’re allowed to put him on the IR and that’s all I was doing,” Pederson. “He literally did the same thing. That was basically all of it.”

Pederson said he had no advance notice that Pham might confront him during the series in Cincinnati.

“There was no argument, he kind of came up and said, ‘You remember from last year?’ and I said, ‘Fantasy football?’” Pederson recalled.

The scuffle was witnessed by reporters and occurred before fans entered the ballpark.